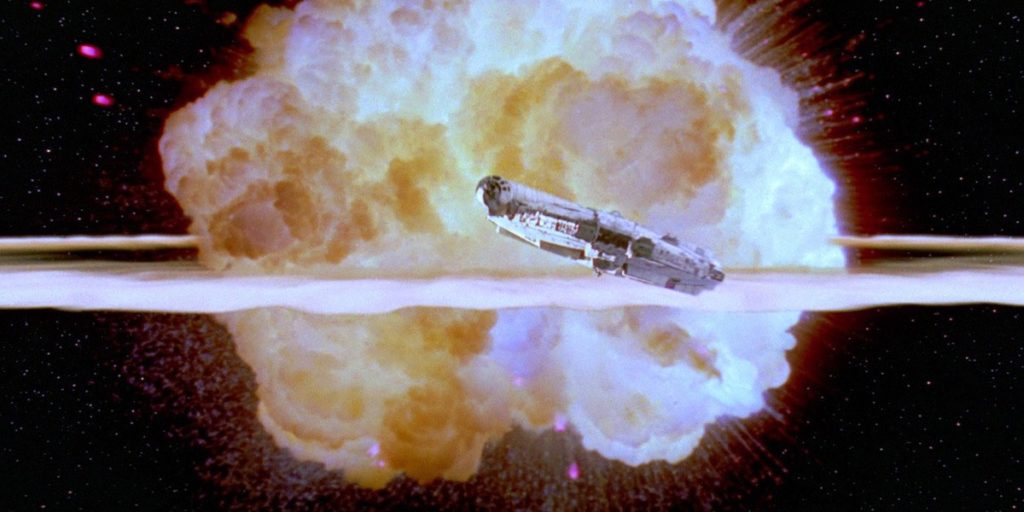 A supernova flashed record-breaking brightly in the Universe – this had never happened before. The death of the star provoked a huge surge of energy and light, which surprised scientists a lot. Little is known so far, but the star’s story is more mysterious and cinematic. After all, an outbreak really happened a long time ago and in a distant, faraway galaxy.

On Monday, April 13, the science journal Nature Astronomy published a study on a supernova called SN2016aps. It flashed brighter than anything else, and there is a record holder in a distant, faraway dwarf galaxy in the constellation Dragon. The light from it goes to our Milky Way for about three billion years, that is, everything happened a long time ago (to the delight of the fans of the Star Wars saga).

The previous record was set by the SN 2006gy star, but the power of the new flash turned out to be almost two times higher – as well as the amount of energy released. One of the authors of the study, Matt Nicholl, astrophysicist from the University of Birmingham in the UK, explained:

We compare the power of supernovae on two scales – the total amount of energy released during the explosion, as well as how much of it is accounted for by visible light. Typically, this parameter is less than one percent for normal supernovae. In the case of the SN2016aps, it was about five times higher than normal. This event generated a record high amount of light.

The progenitor of the supernova was a huge star – ten times the size of the Sun (from 50 to 100 times – scientists determined only approximately). Therefore, its death provoked the release of a heap of energy and hot clouds of gas.

This event is unique for another reason. The supernova record holder could appear as a result of the merger of two massive stars before the explosion. Moreover, until now, such systems have not been confirmed by astronomical observations.

Even with SN2016aps, everything is not clear to the end. Astrophysicists were unable to determine exactly in which galaxy the star flashed, coming to a poetic but sad conclusion:

As if this supernova flickers alone in a secluded area of ​​space.

Scientists, according to Matt Nicholl, have generally had some problems with similar phenomena lately. She explained that researchers began to doubt that they understood well the physical principles that govern the birth of flares. Previously, they found “failed” supernovae. These are dying elderly stars that just disappeared from the sky. In parallel, astrophysicists are confused by unusually bright bursts that go beyond the theoretical limits of brightness.