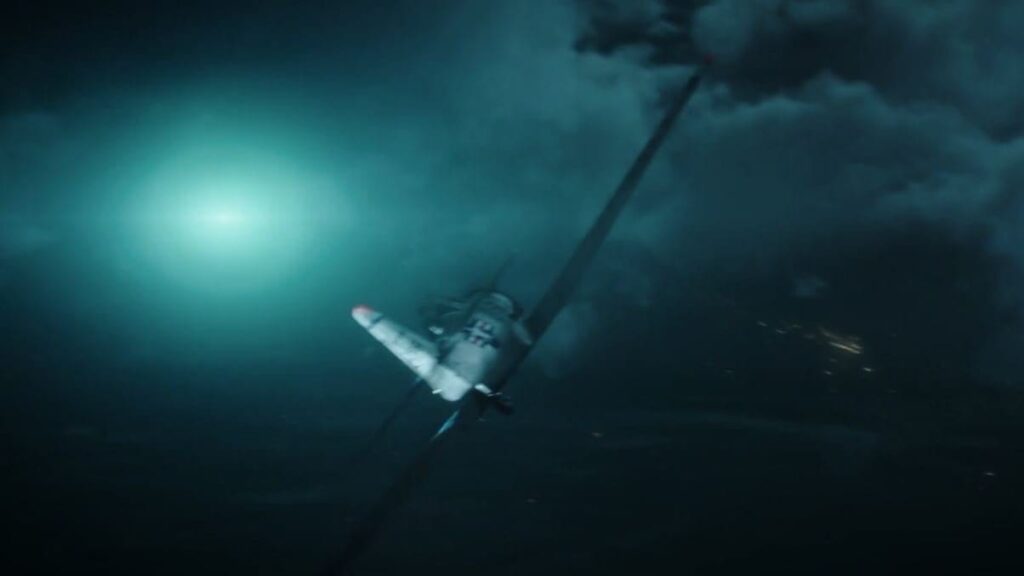 It was a regular overnight passenger flight from Houston to Atlanta. However, during it, an event occurred that still causes discussion among people interested in the UFO phenomenon.

It was this that led to the secret investigation of the American army, the report on which was finally destroyed. Years later, authorities provided a scientific explanation for the pilots’ observations, although both witnesses refused to accept it.

The phenomenon of unidentified flying objects has a long history of several decades, which in the case of the United States accelerated significantly in 1948, when it began to permeate the consciousness of the average American.

During this period, there were several UFO incidents that convinced the US authorities that reports of strange flying objects appearing in the sky should be taken seriously. One of these was a UFO sighting during a passenger flight on July 24, 1948, the so-called Chiles-Whitted incident – the first such probable UFO sighting, because as many as three witnesses were present.

Clarence S. Chiles and John B. Whitted were pilots of a night flight from Houston to Alabama at an altitude of 1.5 km in the morning. There were 20 passengers on board, 19 of whom were asleep, and the 20th was the third witness to the UFO sighting. The observation, which became the target of the US military investigation, after which a top-secret document appeared claiming that there was a meeting with an extraterrestrial flying object.

A week after the incident, Chiles described it this way:

“It was clear that the object did not have wings and that it was flying on a jet engine that emitted flames at a distance of approximately 15 meters. It had two rows of windows, which meant an upper and lower deck, and a very bright light from the inside. A bluish light was also visible underneath.

Chiles also stated that he watched the object for about 10 seconds before it disappeared into nearby clouds. A similar report was submitted by the vehicle’s co-pilot, John B. Whited:

“The object was in the shape of a cigar, 30 meters long. Its fuselage seemed three times wider than the fuselage of the B-29 (American bomber – approx.). It also had two rows of windows, a lower one and an upper one, and the windows themselves looked very large and square. They were white and shone with light. I asked Chiles, the captain of what we just saw, to which he stated that he did not know.

The aforementioned evidence was also confirmed by one of the plane’s passengers, Clarence L. McKelvey, who noticed an extremely bright object flying past his window. McKelvey, however, was unable to describe the mysterious object with greater accuracy. However, we can see the drawings made by the pilots according to his description:

The pilots also told a local newspaper in Atlanta about their meeting.

“We turned left and the object also turned left, bypassing us about 200 meters to the right and about 200 meters above us. Then, as if its pilot had just spotted us, it burst into flames and disappeared into the clouds with a huge flash of flame from the back. fuselage,” Chiles told the newspaper.

The UFO encounter was later commented on by General George C. Kenny, the head of the US Strategic Air Force, saying:

“Our army does not have such machines; I wish we had something like that.”

While this was not the first time an unidentified flying object has been encountered, it was the first such reliable case involving multiple witnesses. In addition, they were respected pilots who had also previously served in the United States Air Force during World War II. McKelvey was also a war veteran, who was interrogated at length by investigators. His story, like that of the pilots, was never questioned.

As such, the incident was taken seriously by the US military and reportedly became the centerpiece of a top-secret report that Edward Ruppelt said was that Chiles and Whitted collided with an alien vehicle on their way. Ruppelt rather knew what he was talking about, because he was the first leader of Project Blue Book, a special program of the US Army that investigated the UFO phenomenon until 1969.

Ruppelt also claimed that the report had reached the highest levels of the US Air Force, but there was no support for the spacecraft thesis, same as in Pentagon. After a few months, Ruppelt said, the report was destroyed. However, this intriguing event has not been forgotten and still excites the imagination of people dealing with the UFO phenomenon. It also remains one of the most interesting and undisclosed cases of encounters with an unidentified flying object.

In addition, it is due to the fact that the US army itself was building a myth about this event, making it secret. So what did both pilots see on the late July night in 1948? A fairly plausible explanation could be some kind of experimental vehicle or missile of the US Army.

The UFO encounter took place near the Space Flight Center. Marshall, where a group of engineers, including scientists from Germany, led by Wernher von Braun, took part in the development of the American missile program. And this was one of their designs that pilots could see. In the end, the US authorities also found their own explanation.

In 1959, it was officially recognized that the pilots witnessed the passage of an extremely bright meteor (the so-called fireball), which also makes sense, given the fact that this was a period of increased activity of these objects on Earth.

However, Chiles and Whitted did not believe this explanation and still insisted on their version of events. When they were interviewed 20 years later in 1968 by James E. MacDonald, a UFO physicist at the University of Arizona, both pilots claimed that what they saw was an unidentified flying object. Well, we will probably never know what exactly they met on their way back then.