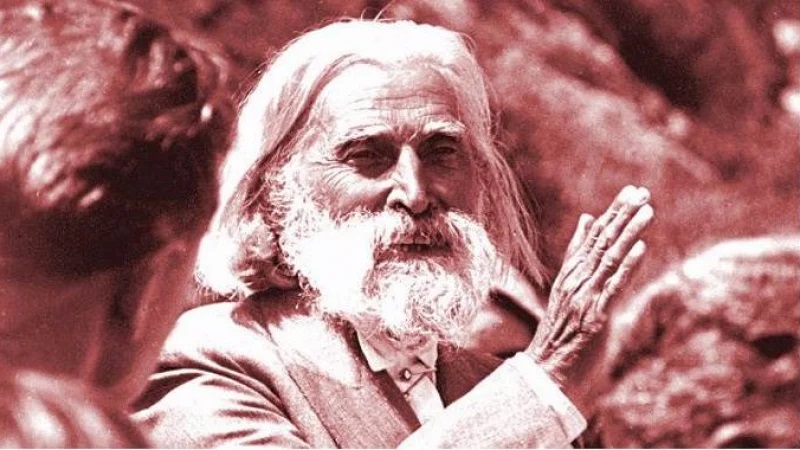 An illiterate shepherd from the village of Kremna, , asked a parish priest to write down his visions, which from time to time appeared to him, and in turn he handed the notebook to the ancestors of the clairvoyant.

Mitar Tarabic (1829-1899), who lived in a small Serbian village of Kremna, did not learn to read and write, but became known to the world thanks to his prophecies. The rural shepherd had visions from time to time, most of which came true. especially those that should have happened in the 19th and 20th centuries. People learned about them thanks to the notes in the notebook, which were passed down from generation to generation by the family of the parish priest Zakhari Zakharich.

Since the peasant was not taught to read and write, his “visions” were recorded by Zakharich, who was younger than Mitar and died in 1918. Now the notebook is kept by the priest’s great-grandson – Deyan Malenkovic.

By the way, Tarabic knew the day and hour when he would die. On the day of his death, he was mowing, then suddenly he called his grandson to him and ordered to bring a priest to the field. The boy complied with the request of his grandfather, telling the priest that he needed to sing the funeral service for his grandfather. But when the priest came, Mitar was lively working in the field, which made the confessor very angry. He was on his way back, when he was told that Tabaric was no longer alive.

Unlike other seers – Nostradamus, Vanga and Messing – Tabaric did not use allegories, but expressed his thoughts clearly.

He predicted all wars: World War I and World War II. He also foresaw the emergence of computers and cell phones, although he called them differently. In his predictions, he described an environmental disaster, and about viruses that will appear out of nowhere, as well as about “numbers” that will destroy a person, and even that it will be difficult to distinguish men from women.

“In Serbia, it will be impossible to distinguish a man from a woman. Everyone will dress the same. This trouble will come to us from abroad and will remain for the longest time. At a wedding it will be difficult to understand where the groom is and where the bride is. People will becoming less and less from day to day and theu will understand less on who they are and why they live. They will be born without knowing who their grandfather and great-grandfather were. They will think that they know everything, but they will not know nothing.”

“A strange disease will befall the world, for which no one can find a cure. Everyone will say, “I know, I know, because I am a scientist and capable,” but no one will do anything. People will think and think, but they will not find the correct medicine, which with God’s help they would find everywhere, even in themselves.”

“A person will go to other worlds and find lifeless deserts there, but even then, forgive him, Lord, will continue to believe that he knows more about everything than God himself … People will fly to the moon and to the stars in search of life, but they will not find life like ours. Life will be there, but they will not understand it and will not see that this is life …”

“The more people know, the less they will love and cherish each other. The anger between them will become so strong that they will care more about different devices than about their loved ones. A person will trust devices more than his closest neighbor …”

“Within the people living in the far north, a small man will appear who will teach people love and sympathy, but there will be many hypocrites around him, so it will be very difficult for him. None of those hypocrites would even want to know what true grace is, but from that person wise books will remain and all the words he said, and later people will see that they have deceived themselves.”

“Those who read and write different books with numbers will think they know more than anyone else. These literate people will live according to their calculations and do everything as the numbers tell them. Among such people there will be both good and evil. The wicked ones will do evil. They will poison the air and water, they will scatter the plague over the seas, rivers and lands, and people will suddenly begin to die of various ailments. The kind and wise will see that the wisdom of numbers is not worth a penny and will lead to the death of the world and will seek wisdom in thinking.”

“When the good ones begin to think more, they will come closer to divine wisdom, but it will be too late, because the evil ones will already devastate the Earth and people will begin to die in huge numbers. Then people will rush away from the cities and begin to look for mountains with three crosses and there they will be able to breathe and drink water. Whoever succeeds will save themselves and their families, but not for long, because famine will come. In cities and villages food will be plentiful, but all of it will be poisoned. Whoever eats it out of hunger will die right there. Whoever abstains to the end will survive, because the Holy Spirit will save them and bring them closer to God.”

There is no doubt that the “visions” of a simple peasant accurately described the moral decay of society, when current systemic trends trying to sweep aside traditional family values. There are no doubts about the fact that the seer described a pandemic, which could well have arisen, because scientists “will scatter a plague over the seas, rivers and lands, and people will suddenly begin to die of various ailments.” Although, perhaps, the worst is yet to come?

After all, the peasant also had visions of a terrible weapon in the new war, where “heavenly battles” will take place, when “people will burn in the sky and fall to the ground.” Tarabic spoke of some new “cannonballs” that, instead of killing, would enchant all living things – people, armies, cattle. Under such an event, everyone will sleep instead of fighting, but then they will regain consciousness, but already defeated.

The only positive “vision” in the notebook could be the words about a country at the end of the world, surrounded by large seas. It is this country that will live in peace and without worries. They will also be among the lucky ones who find refuge in the mountains with three crosses and will “then live in abundant prosperity, happiness and love, because there will be no more wars …”

Indian teenager Abigya Anand, who became famous for his coming true prediction about the coronavirus pandemic, also urged people to leave the cities and hide in nature. In September, the 15-year-old boy came again to spotlight with a new prediction – the world awaits a tragic event in December that will affect the next 400 years.

By the way, some esotericists interpreted the quatrains of Nostradamus in a new way. They came to the conclusion that the most difficult thing that threatens humanity is a test of knowledge and artificial intelligence, since people will think that they are smarter than God. Exactly what Tarabic also warned about.

One can believe or not believe what various clairvoyants said, including Mitar Tabaric’s predictions. But today not a single scientist can answer the question of how an illiterate peasant could “see” both digitalization and gadgets, and the fact that people would be more careful with technology than with each other.

Though weak, the words that “the kind and wise will see that the wisdom of numbers is not worth a penny and will lead to the death of the world and will begin to seek wisdom in thinking” can be a consolation, which can be interpreted as how they will finally ponder. It makes you eager for these words to come true, as quickly as possible.