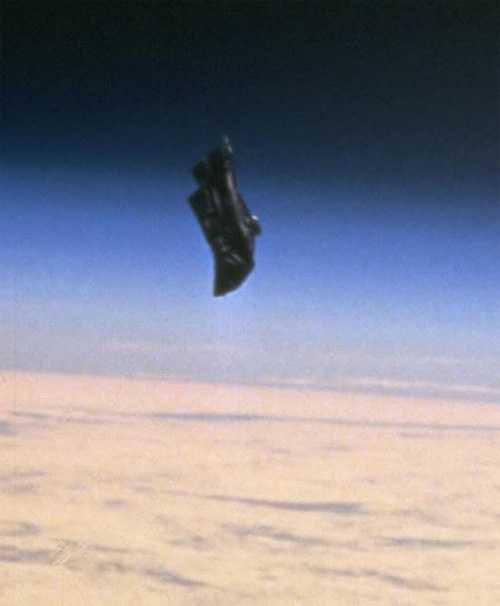 This is the Black Knight, an object of unknown origin that has been circling the Earth for as long as we know. In fact we knew about it even before we ourselves had space travel.
In 1899 Nicola Tesla picked up a repeating radio signal that he believed was coming from outside of the Earth. Following the instructions left by Tesla a group of amateur HAM radio operators were able to receive this same signal in the mid-1920s. In 1928 Norwegian scientists experimenting with short wave transmissions into space began picking up Long Delay Echoes (LDEs). To this day LDE’s are still not understood fully.

Finally, on February 11, 1960, the US Navy detected what was described as a “satellite” of unknown origin; a dark, tumbling object just beyond the Earth’s atmosphere. It wasn’t American, and it wasn’t the Soviets’ either.
The final piece of proof came in 1998, when astronauts aboard the International Space Station on flight STS-88 took numerous photographs of what they called “a black knight”.
Today we have no more information than we did in 1899 as to the origins or purpose of this object.