It seems that the mysterious repetitive radio signals sent from a distant galaxy are giving a lot to talk about. As we already published in the Esoteric and Paranormal World, a team of Canadian scientists detected 13 new rapid radio bursts (FRBs) from deep space, in a discovery that could change our understanding of the universe.

Astronomers detected repetitive FRBs for the second time in history, which experts believe could be a breakthrough by offering scientific evidence of advanced extraterrestrial life. The researchers detailed their latest finding in the journal Nature last Wednesday. Rapid radio bursts are short pulses of radio waves that are supposed to originate from beyond our galaxy, probably billions of light years away from the Milky Way. In radio astronomy, an FRB is what is known as a high-energy astrophysical phenomenon of unknown origin, which manifests itself as a transient radio pulse, which usually lasts a few milliseconds.

But what makes these FRBs so important is that they were first discovered in 2007 when a signal was detected in radio astronomy data collected in 2001. Last summer, for three weeks, the team found another 13 signals using the Experiment radio telescope Canadian Mapping for Hydrogen Intensity (CHIME, for its acronym in English). Dr. Ingrid Stairs, Chime astrophysicist, and professor at the University of British Columbia said that, until now, only one FRB was known that was repeated so knowing that there are others suggests there could be more and could be used to understand these cosmic enigmas, where they are from and what causes them.

And it is this last point that has caused controversy in the scientific community, with some suggesting that they are of natural origin and others claiming that they are clear evidence of the existence of intelligent extraterrestrial life in the universe. But it seems that you do not want to give voice or vote to scientists who point to this last possibility. And it has been demonstrated during a BBC interview when the presenter interrupted her at the moment when an astrophysicist assured that the rapid bursts of radio detected from deep space could be signs of an advanced extraterrestrial civilization.

A BBC interview with astrophysicist Elizabeth Pearson was interrupted after she suggested that the radio signals detected beyond the Milky Way are of extraterrestrial origin.

“Then, with these rapid bursts of radio, particularly this one that is repeated, is the second time we’ve found it, we hope we can understand a little better what these things are, ” Dr. Pearson told the BBC.

Astrophysics added that currently, all we know is that it is something that can produce a large amount of energy, such as the combination of black holes or neutron stars.
Advertisement. Scroll to continue reading.

“Hopefully, when looking at the new rapid bursts of radio, we could establish if it is one of these phenomena. One of the slightly clearer theories is that it could be an advanced extraterrestrial civilization, but it is more a case that we can not rule out what we think it is. “

And at that moment, the news anchor played down the last comment of astrophysics.

“Well, you know, obviously, you say that’s one of the most outstanding theories, that’s the one that’s in everyone’s ears, that’s the headline, thank you,” Joanna Gosling said.

Astrophysics seemed to want to add something to the presenter’s comment and said before being interrupted: “Yes, it’s …”

And mysteriously the audio was cut and removed the image of astrophysics, to the surprise of the viewers.

“Oh, we lost her. But anyway that’s fine, maybe, this is evidence of aliens. We’ll see, “ Gosling added. 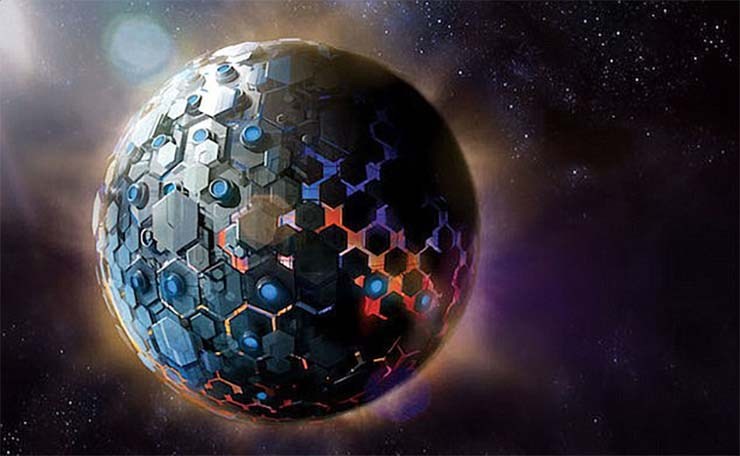 And this curious incident has caused all kinds of reactions on social networks. Conspiracy theorists have publicly denounced that the BBC is part of the media manipulated to hide the truth and in this case, they did not expect astrophysics to comment so freely on the theory that the strange fast radio bursts are of extraterrestrial origin.

Also, that astrophysicist Elizabeth Pearson is not the only one to believe that its origin is artificial. Professor Avid Loeb, from the Harvard-Smithsonian Center for Astrophysics in the United States, has been assuring for some time that it is extraterrestrial technology. Although there would be two possibilities, which is really a signal sent intentionally, and the other that suggests that these signals are repetitions of extraterrestrial technology, as energy sails to propel huge ships. However, for some reason that we do not know, it does not matter if the extraterrestrial theory is spread, much less that it is the scientists who do it.

Are the media covering up the truth? Maybe the aliens are among us, infiltrated in society?