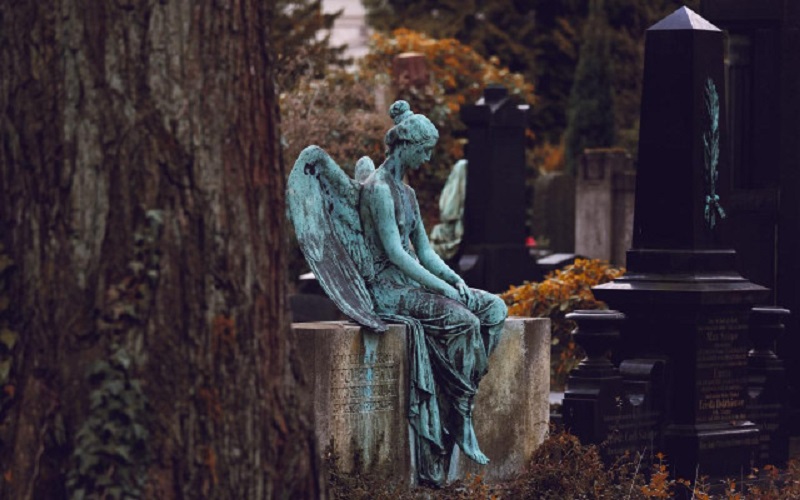 About 100 people die every minute in the world, whether it is death from natural causes or an accident, the body follows similar processes from the moment the heart stops beating. But death is only the brutal destruction of that carnal shell that kept the spiritual within its limits and the beginning of an alluring synchronicity. After death, only the spiritual remains of a person and a unique, relaxing and amazing voyage begins.

Oxygen is running out. The neurons stop working and thus the brain stops secreting hormones that regulate the functioning of the body.

Muscles weaken, including the so-called sphincter, which means that urination or defecation can be caused in the dead body.

As soon as the heart stops beating, blood circulation in the vessels stops and 15 to 20 minutes after death, the body begins to lose its color.

Due to gravity the red blood cells move to the parts of the body that touch the ground. These points take on a purple hue, while the rest of the body an off-white color.

The body continues to discolor for 12 hours. This discovery helps coroners determine the time and place of a victim’s death.

The body temperature drops by about 1.5 degrees per hour until it reaches room temperature.

Within 3 to 6 hours, the body begins to become rigid and hard. This means that it can get “stuck” in a certain position.

Stiffness peaks at 12 hours and disappears at 48 hours. This happens because in the membranes of muscle cells there are some pumps, which regulate calcium. When these stop working, calcium floods the cells. Muscles stiffen and contract.

The cell membrane is destroyed, releasing proteins and enzymes that cause the tissue to break down.

Bacteria in the gastrointestinal tract begin to “eat” the abdominal organs.
There are 3 trillion microorganisms that slowly cause the destruction of the body and the strong stench.

The smell attracts insects such as beetles and flies that lay their eggs in the rotting body. Their eggs hatch within a day and the larvae begin feeding on body tissues to survive.

After a few weeks, these larvae may have consumed 60% of the tissues, creating holes in the body. Odors and fluids created by rotting are released from them.

Within 25 to 50 days the body attracts protozoa, fungi and beetle larvae, accelerating the decomposition of the body. This process occurs rapidly at high temperatures.

A month after death, the corpse’s hair and nails fall out and the organs begin to disintegrate.

If the body is not buried, slowly over the course of a few years, plants and animals eat what is left of it.

And all the rest we can’t see

After physical death and for the first three days, the soul wanders around the body, at this time it is still energetically ‘one’ with it.

Until the ninth day, the soul wanders between the Earth and the Sun, periodically returning to our planet. After the ninth day, the outer layers are shed, and the soul is abstracted from earthly life. Preparations for the transition to the afterlife begin.

Entry into the afterlife occurs after the fortieth day somewhere between the Earth and the Sun. Forty days are needed to destroy the upper layers of consciousness that connect a person with earthly life. During this time, all information collected in a past life should be generalized, compressed and transferred to the subconscious, that is, to the thin layers of the soul.

Then the soul enters the afterlife and stays there for about a year. If a person has not accumulated a lot of internal aggression in his life, then his soul does not constantly stay in the afterlife, but passes to more subtle planes, to other worlds.

There the soul gets the possibility of a greater coverage of the information of the entire universe and a greater amount of subtle energy. The purer the soul, the closer it penetrates to the Creator. In the next life, such a soul may receive a unique destiny and great opportunities.

The souls of some especially pure people circle the Sun for up to forty days, then enter its core and traverse to other worlds, bypassing the afterlife. The soul does not appear between the Sun and the Earth, but comes out of another world somewhere in this area.

The souls of undeveloped people come directly from the afterlife and rush to the Earth, they also leave calmly, keeping away from the sunshine.

Apparently, those who subconsciously remember this try to keep their dead body longer, that is, to bury it. Rituals that preserve the inviolability of the body of the deceased, including embalming, the creation of rich graves, sarcophagi, carry an increased tendency to preserve external energy shells.

All this quite strongly binds the soul of the deceased to the Earth and makes it difficult for him to exist in a new incarnation, because then it is more onerous for the soul to move from the afterlife to more subtle levels.

The souls of pure people go through the center of the Sun immediately to other worlds.

In this article:natural death, Soul After Death 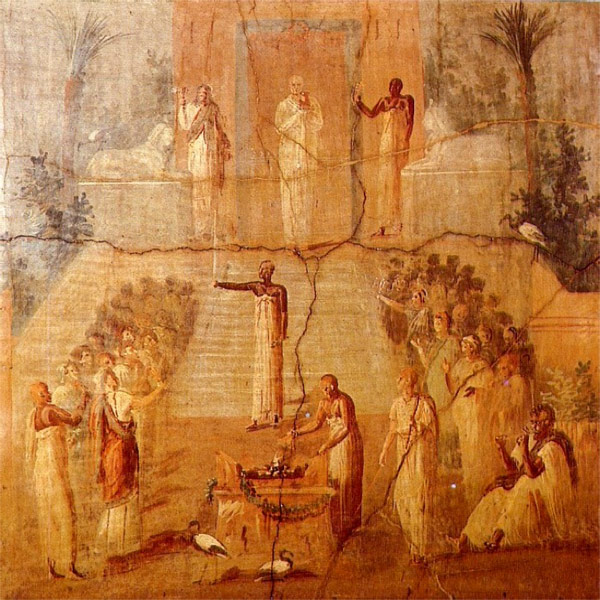 Scientists Discuss What Happens To The ‘Soul’ After Death

What happens when human beings die? Is there a final destination for the soul? These were the questions discussed among four scientists on a...