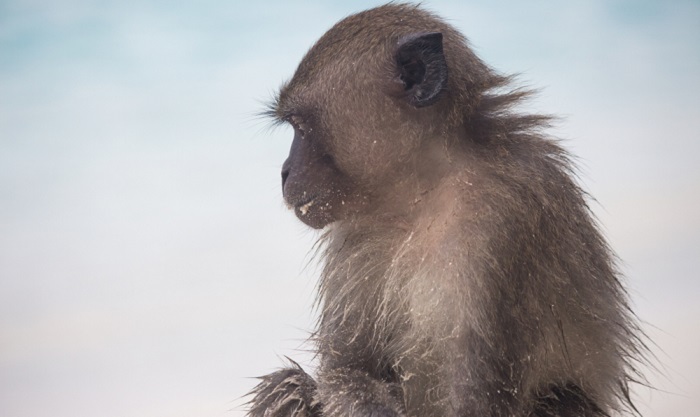 Some cases illustrate how far a joke can go. If it was a joke, of course.

On the night of July 8, 1953, three American students, Edward Waters, Thomas Wilson, and Arnold Payne, were traveling by car on Highway 78 west of Atlanta. Suddenly, Waters saw someone on the road and was forced to stop abruptly.

The three boys had an incredible sight. Two short humanoid creatures stood in the way, and beside them lay a third being. At first glance, it was dead and wounded, as if hit by a car.

When the two living monkey-like humanoids saw the humans, they rushed to the red alien ship, which immediately flew out and disappeared into the night sky.

Shortly thereafter, the boys met Officer Sherley Brown. They told him what they saw, and when the officer went to the designated location, he found the dead body of a strange creature and a black burned circle of asphalt, apparently left behind by an alien ship.

This story immediately makes a lot of noise in the media and remains current for a few days. The three students were the center of attention of the journalists and gave many interviews.

The body of the strange little creature was transferred to a hospital. There, one of the doctors said that “it is definitely not from Earth“. Then the US Air Force became interested in the case.

Then, the body of the being was taken and given to Dr. Hermann Jones of Emory University and Professor Marion Hines. Soon, they announce the following:

“We cannot explain the lack of fur, but for all other reasons, we consider this creature to be a monkey and its characteristics are closest to that of rhesus monkeys.”

When these words appear in the media, the three students immediately acknowledge the fraud, and that this body is indeed a rhesus monkey.

It turns out that while playing cards, Waters bets $ 10 that he will make his photo appear in the newspapers in the coming days. Then he and two of his friends came up with a plan for how to do it.

They bought rhesus monkeys from a local pet store. To keep the seller silent, they paid him a generous amount. Then they killed the innocent animal, shaved his body with a razor, cut off his tail, and “artistically” laid him on the road to a certain place. Nearby, using a striking machine, they made the “alien ship trace”.

The court fines Waters $ 40, but then there are many calls from offended citizens who demand more, higher fines.

The reaction of the locals was so violent that Waters soon had to leave Atlanta and move to another city.

Many conspiracy theories have emerged for this story. In fact, in those days many people claimed to have seen strange lights and UFOs in the area. It was said that the three students were forced to “admit” that it was their “joke”.

Conspiracy theorists point to the rapid disappearance of the Waters, the main eyewitness. They think he may not have been hiding from angry citizens, but he was abducted by the FBI because he was a major eyewitness.