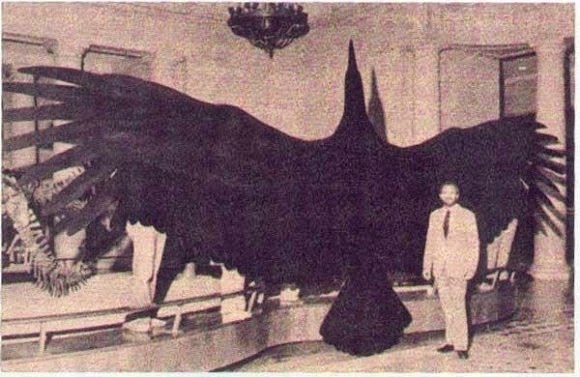 In 1927 a strange, little known event shook the Australian town of Fernvale.

Approximately 37 miles west of Brisbane and along the Brisbane River, Fernvale is located at the southern end of the region of Somerset.

Like most UFO related incidents, this one began one night with the appearance of mysterious lights. The lights, the main witness told UFO investigator Bill Chalker during an interview in 1985, were “dancing” in the sky as though performing for them. The eyewitness was only 10 then, living with his parents and his younger sister in a farm.

But the show soon became less exciting after the family began noticing the reaction of their cows. The animals were clearly disturbed by the lights, allegedly causing the death of three of them. Two pigs were also reportedly killed by the strange visitors. They had “puncture marks on their necks and scratches and puncture marks over their bodies”.

The neighbors, the witness recalled being told by his parents, were also “terrified” by other “apparitions” that would not be revealed to the young boy that day.

A few nights later, the witness recalled, he was already sleeping when he noticed the strange noises. His parents discarded the ruckus as a segment of the boy’s imagination, but the next night, when the noises came back, they were also able to hear them. Concerned about their own safety, the family made sure that they kept their doors and windows locked.

When they woke up the following morning, both doors were open and there were footprints that looked like those of a “wellington boot tread” leading from the front door through to the back.

One night, the boy and his sister were walking home from a neighbors house when they noticed an actual flying object coming to rest on top of a hill. Later, in the early morning light, they found a 30 feet diameter patch of scorched grass.

Then, later on, the boy reported seeing a giant bird on a tree. The parents told the boy that this was exactly the “apparition” the neighbors had been “terrified” about.

“It appeared out of the darkness,” one of the neighbors had told the boy’s father.

There was a “poultry smell” in the air and feathers were also found.

“They were bigger than any bird they had ever seen, ostensibly at least 3 or 4 times bigger than a wedged tail eagle,” Chalker wrote.

According to the neighbor’s son, the birds seemed to be gliding with their exceedingly big wings. The beasts, he said, appeared to communicate between them.

“They were monsters… making sounds like unintelligible conversation,” the boy explained.

His sister and father had also been witness to the ominous bird sightings, “hopping down the hill -near the house- with its wings flapping.”

Finally, a humanoid in a white suit visited the boy, silent and mysterious, wearing boots similar to those made by the previous footprints found by the door. The man in white suddenly disappeared, taking with him the “dancing” lights and the giant birds. They were never seen again.

“One wonders if he was wearing wellington type boots and kept an unusually large aviary!” said Chalker trying to offer a rational explanation.

What or who were these bizarre visitors? What was their purpose? Was the village of Fernvale visited by entities from other dimensions?

Multiple witness reports indicate that something undoubtedly happened in Fernvale in 1927.

A paranormal school of thought proposes the interdimensional hypothesis, which suggests these visitations could be part of entities traveling through different layers of reality –dimensions–.  Some authors also suggest that Bigfoot could be part of this phenomenon.

Similar encounters with these type of creatures have been documented at the Skinwalker Ranch in Utah.

In this article:Alien bird, thunderbird