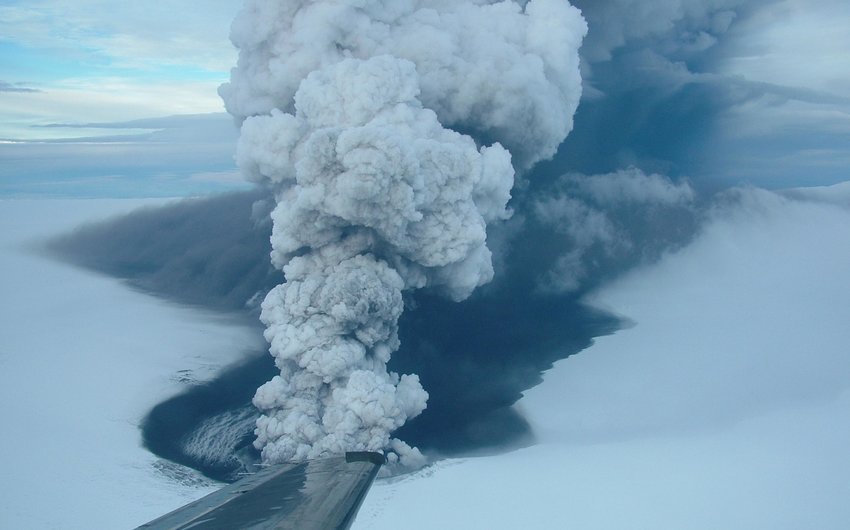 Almost all volcanic eruptions of the past, leading to a cooling of the climate, coincide in time with low solar activity.

Alarmingly, the Sun is currently passing through its deepest solar minimum in 100+ years and looking into the future, NASA found that the next cycle (25) could be “the weakest in the last 200 years” – a return to minimum conditions Dalton.

The Dalton Minimum (1790-1830) was a period of historically low solar activity that also included the famine-inducing eruption of Mt. Tambor, in 1815.

The eruption of Tambora was one of the most powerful on Earth in the last 2000 years, and it exacerbated the cooling of the Earth, already occurring due to low solar activity. This unfortunate combination led to one of the harshest climates of the modern era – 1816 is also known as the “year without summer”.

Of today’s waking volcanoes, those in Iceland are perhaps the most worrying. It is this highly volcanic region that is likely to be home to the next “big” (repeat of the 536 AD eruption that destroyed the Roman Republic), which will plunge the Earth into a new volcanic winter.

The high frequency of volcanic eruptions allows scientists to detect patterns (precursors). And if these patterns are repeated every time a volcano erupts, then scientists can be more confident in their predictions.

Grimsvötn is Iceland’s most frequently erupting volcano, with approximately 65 known eruptions over the past 800 years. Icelandic scientists are closely following Grimsvotn after its 2011 eruption

Recently, researchers have seen various signals indicating that the volcano is preparing to erupt again, and have raised the threat level.

The volcano swells as new magma moves into the channel system below it. The increase in thermal activity has led to the melting of more ice, and earthquakes have also become more frequent in recent years.

The time intervals between the eruptions of Grimsvotn are different, writes Dave McGarvey, a volcanologist at Lancaster University. For example, before the larger eruption of 2011, there were smaller eruptions in 2004, 1998, and 1983. Intermittently from four to 15 years. It is important to note that given the next eruption, Grimsvotn appears to have a pattern of infrequent large eruptions that occur every 150-200 years (e.g. 2011, 1873, 1619), with smaller and more frequent eruptions occurring approximately every ten years in between.

If the previous model of Grimsvotn, consisting of occasional large eruptions with more numerous smaller eruptions occurring in between, continues in the future, then the next eruption should be small (considering that there was a large eruption in 2011).

Nevertheless, the word “must” is important here, McGarvey stresses, – Iceland’s volcanoes are complex natural systems, and their patterns do not always correspond exactly to reality.

Katla is another Icelandic volcano on the verge of erupting, according to the Icelandic Meteorological Bureau (IMO). Since January of this year, researchers have recorded an upturn in and around Katla, and in recent months have recorded an increase in sulfur dioxide levels close to the site of two previous eruptions.

The previous major eruption of Katla occurred in 1918. This year is within the Hundred Years Low, the previous multi-decade period of low solar activity.

Icelandic authorities are well aware of the dangers posed by the next Katla eruption, and a delegation of volcanologists meets regularly with the Icelandic parliament to discuss how to respond in the event of an eruption.

Scientists are also concerned about the unusual behavior of Klyuchevskaya Sopka Volcano (also known as Klyuchevskaya Volcano) located on the Kamchatka Peninsula in Russia.

As a rule, a year passes between the eruptions of Klyuchevskoy volcano, but recently this period of calm has been reduced to two months – on October 5, 2020, night cameras recorded the outpouring of lava from the crater of the volcano’s summit.

According to Yuri Demyanchuk, head of the Klyuchevskoy volcanic station IViS, all of this indicates an impending new larger eruption.

“The last activation was in 2013, before that – in 1994. But so far we have not observed such an intensity of tremor to speak of an impending paroxysmal activity, ”the expert explains. – “This is an anomaly.”

Seismic and volcanic activity is associated with changes in the Sun.

Volcanic eruptions are one of the key factors pushing the Earth towards the next stage of global cooling. Volcanic ash (particulate matter) ejected more than 10 km away – and therefore into the stratosphere – obscures sunlight and lowers Earth’s temperature. Smaller particles of an eruption can linger in the upper atmosphere for years or even decades.

The recent outburst of volcanoes around the world is believed to be related to low solar activity, coronal holes, a waning magnetosphere, and an influx of cosmic rays penetrating silica-rich magma.

In this article:Grimsvötn, Klyuchevskoy volcano