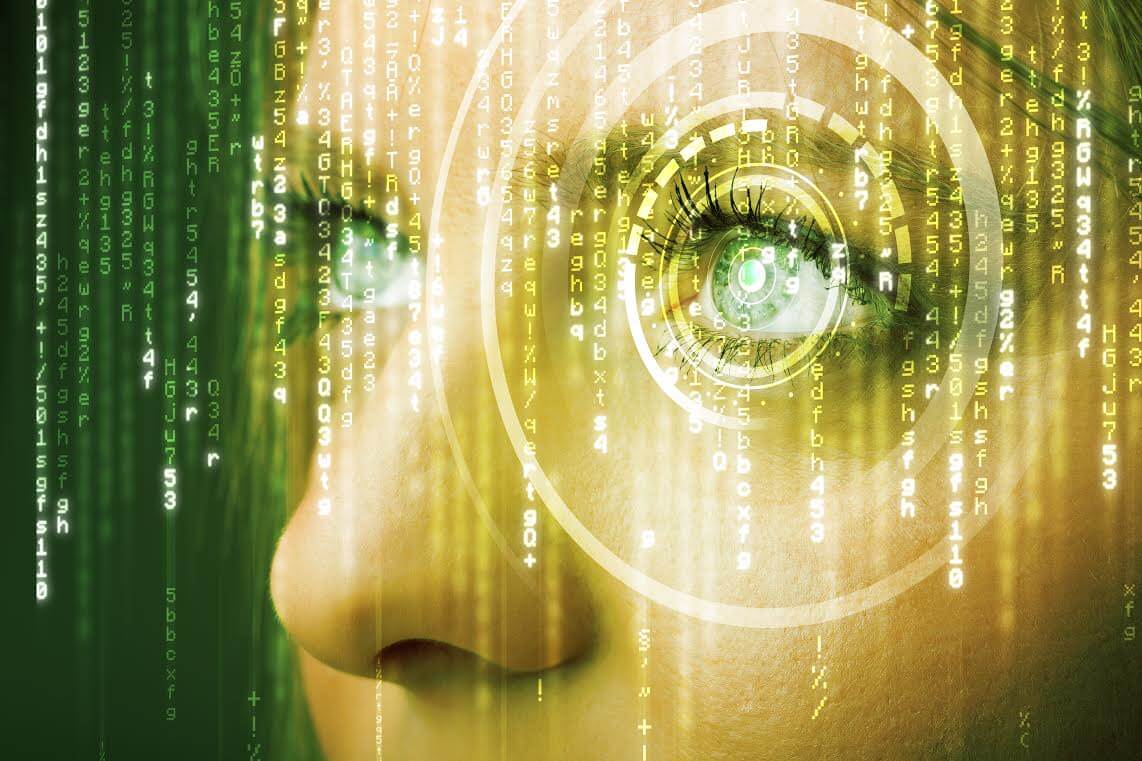 For a magician to fool his audience his deceit must go unseen, and to this end he crafts an illusion to avert attention from reality. While the audience is entranced, the deceptive act is committed, and for the fool, reality then becomes inexplicably built upon on a lie. That is, until the fool wakes up and recognizes the truth in the fact that he has been duped.

Maintaining the suspension of disbelief in the illusion, however, is often more comforting than acknowledging the magician’s secrets.

We live in a world of illusion. So many of the concerns that occupy the mind and the tasks that fill the calendar arise from planted impulses to become someone or something that we are not. This is no accident. As we are indoctrinated into this authoritarian-corporate-consumer culture that now dominates the human race, we are trained that certain aspects of our society are untouchable truths, and that particular ways of being and behaving are preferred.

Psychopaths disempower people in this way. They blind us with never ceasing barrages of suggestions and absolutes that are aimed at shattering self-confidence and confidence in the future.

Bansky, the revered and elusive revolutionary street artist, once commented:

“People are taking the piss out of you everyday. They butt into your life, take a cheap shot at you and then disappear. They leer at you from tall buildings and make you feel small. They make flippant comments from buses that imply you’re not sexy enough and that all the fun is happening somewhere else. They are on TV making your girlfriend feel inadequate. They have access to the most sophisticated technology the world has ever seen and they bully you with it. They are The Advertisers and they are laughing at you.” – Banksy

Advertising is just the tip of the iceberg. When we look further we see that the overall organization of life is centered around the pursuit of illusions and automatic obedience to institutions and ideas which are not at all what they seem. We are in a very real sense enslaved. Many call this somewhat intangible feeling of oppression ‘the matrix,’ a system of total control that invades the mind, programming individuals to pattern themselves in accordance with a mainstream conformist version of reality, no matter how wicked it gets.

The grandest of the illusions which keep us enslaved to the matrix, the ones that have so many of us still entranced, are outlined below for your consideration.

1. The Illusion of Law, Order and Authority

For so many of us, following the law is considered a moral obligation, and many of us gladly do so even though corruption, scandal, and wickedness repeatedly demonstrate that the law is plenty flexible for those who have the muscle to bend it. Police brutality and police criminality is rampant in the US, the courts favor the wealthy, and we can longer even lead our lives privately thanks to the intrusion of state surveillance. And all the while the illegal and immoral Orwellian permanent war rages on in the background of life, murdering and destroying whole nations and cultures.

The social order is not what it seems, for it is entirely predicated on conformity, obedience and acquiescence which are enforced by fear of violence. History teaches us again and again that the law is just as often as not used as an instrument of oppression, social control and plunder, and any so-called authority in this regard is false, hypocritical, and unjust.

When the law itself does not follow the law, there is no law, there is no order, and there is no justice. The pomp and trappings of authority are merely a concealment of the truth that the current world order is predicated on control, not consent.

2. The Illusion of Prosperity and Happiness

Adorning oneself in expensive clothes and trinkets, and amassing collections of material possessions that would be the envy of any 19th century monarch has become a substitute for genuine prosperity. Maintaining the illusion of prosperity, though, is critical to our economy as it is, because its foundation is built on consumption, fraud, credit and debt. The banking system itself has been engineered from the top down to create unlimited wealth for some while taxing the eternity out of the rest of us.

True prosperity is a vibrant environment and an abundance of health, happiness, love, and relationships. As more people come to perceive material goods as the form of self-identification in this culture, we slip farther and farther away from the experience of true prosperity.

3. The Illusion of Choice and Freedom

Read between the lines and look at the fine print, we are not free, not by any intelligent standard. Freedom is about having choice, yet in today’s world, choice has come to mean a selection between available options, always from within the confines of a corrupt legal and taxation system and within the boundaries of culturally accepted and enforced norms.

Just look no further than the phony institution of modern democracy to find a shining example of false choices appearing real. Two entrenched, corrupt, archaic political parties are paraded as the pride and hope of the nation, yet third party and independent voices are intentionally blocked, ridiculed and plowed under.

The illusion of choice and freedom is a powerful oppressor because it fools us into accepting chains and short leashes as though they were the hallmarks of liberty.

Multiple choice is different than freedom, it is easy servitude.

4. The Illusion of Truth

Truth has become a touchy subject in our culture, and we’ve been programmed to believe that ‘the‘ truth comes from the demigods of media, celebrity, and government. If the TV declares something to be true, then we are heretics to believe otherwise.

In order to maintain order, the powers that be depend our acquiescence to their version of the truth. While independent thinkers and journalists continually blow holes in the official versions of reality, the illusion of truth is so very powerful that it takes a serious personal upheaval to shun the cognitive dissonance needed to function in a society that openly chases false realities.

5. The Illusion of Time

They say that time is money, but this is a lie. Time is your life. Your life is an ever-evolving manifestation of the now. Looking beyond the five sense world, where we have been trained to move in accordance with the clock and the calendar, we find that the spirit is eternal, and that the each individual soul is part of this eternity.

The big deception here is the reinforcement of the idea that the present moment is of little to no value, that the past is something we cannot undo or ever forget, and that the future is intrinsically more important than both the past and the present. This carries our attention away from what is actually happening right now and directs it toward the future. Once completely focused on what is to come rather than what is, we are easy prey to advertisers and fear-pimps who muddy our vision of the future with every possible worry and concern imaginable.

We are happiest when life doesn’t box us in, when spontaneity and randomness gives us the chance to find out more about ourselves. Forfeiting the present moment in order to fantasize about the future is a trap. The immense, timeless moments of spiritual joy that are found in quiet meditation are proof that time is a construct of the mind of humankind, and not necessarily mandatory for the human experience.

If time is money, then life can be measured in dollars. When dollars are worth less, so is life. This is total deception, because life is, in truth, absolutely priceless.

6. The Illusion of Separateness

On a strategic level, the tactic of divide and conquer is standard operating procedure for authoritarians and invading armies, but the illusion of separateness runs even deeper than this.

We are programmed to believe that as individuals we are in competition with everyone and everything around us, including our neighbors and even mother nature. Us vs. them to the extreme. This flatly denies the truth that life on this planet is infinitely inter-connected. Without clean air, clean water, healthy soil, and a vibrant global sense of community we cannot survive here.

While the illusion of separateness comforts us by gratifying the ego and and offering a sense of control, in reality it only serves to enslave and isolate us.

The grand illusions mentioned here have been staged before us as a campaign to encourage blind acquiescence to the machinations of the matrix. In an attempt to dis-empower us, they demand our conformity and obedience, but we must not forget that all of this is merely an elaborate sales pitch. They can’t sell what we don’t care to buy. 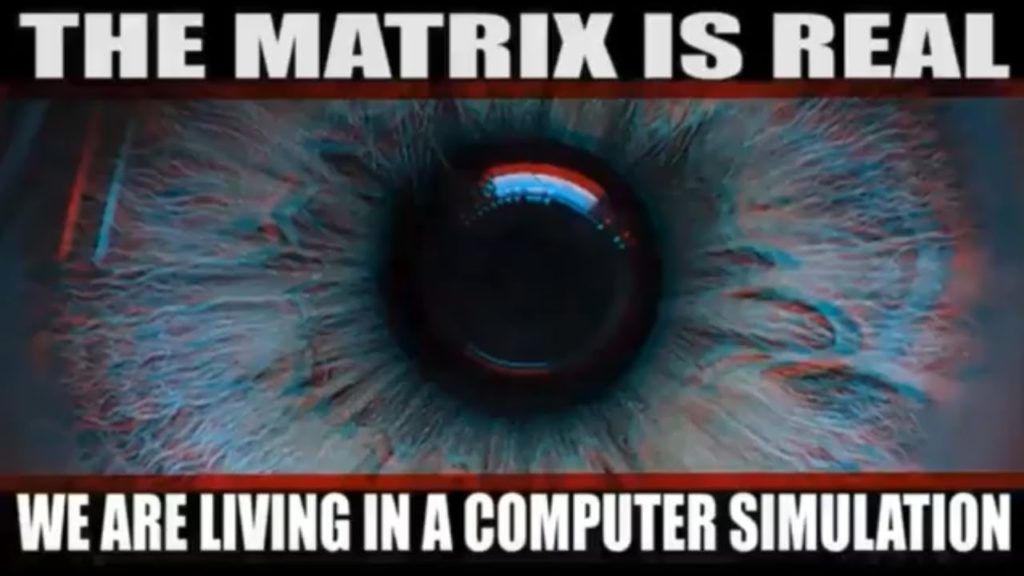 by Sean Adl-Tabatabai British philosopher Nick Bostrom says he believes that the reality we perceive around us may be the product of a highly-advanced...