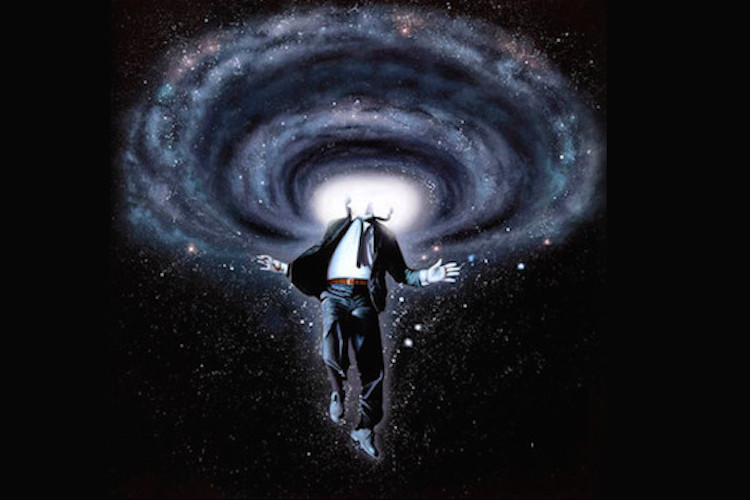 “Until you make the unconscious conscious, it will direct your life and you will call it fate.” ~Carl Jung

Flip this quote from Dr. Jung around and it suggests that once you become aware of the unconscious forces directing you, you will experience freedom and gain newfound control over your own life. This realization gives us extraordinary power.

Based on what we know about the brain, mind, and consciousness, most of our decisions are made without conscious thought, that is, we are driven by low-level mental activity which happens automatically. This level of thinking is the product of the subconscious mind.

“Contrary to what most of us would like to believe, decision-making may be a process handled to a large extent by unconscious mental activity. A team of scientists has unraveled how the brain actually unconsciously prepares our decisions. “Many processes in the brain occur automatically and without involvement of our consciousness. This prevents our mind from being overloaded by simple routine tasks. But when it comes to decisions we tend to assume they are made by our conscious mind. This is questioned by our current findings.” [Source]

In other words, most of the time we are basically on autopilot.

The fact that subliminal advertising can alter the buying habits of consumers is well-established and this is a widely used practice in the advertising industry. It is, perhaps, the most overt form of directly tampering with the subconscious minds of individuals. But there a great deal of other things all around us which interfere with our subconscious programming on a daily basis.

1.) Beauty Programming – In 2017, Forbes magazine estimated that the beauty industry is worth nearly half a trillion dollars a year in the U.S. The industry is so lucrative because of how body image is used to manipulate people and their sexual identities, especially women. An ideal, largely unattainable representation of beauty is projected throughout our culture, causing a major disruption to self-identity. Over-sexualization of even the youngest members of society is everywhere.

2.) Violence Programming – This one is everywhere, from the nightly news to the vast majority of television shows and movies, and even throughout the music industry. Violence is presented as the solution to any problem, darkly coloring the subconscious mind with images of death, torture, fighting, destruction, war and violence against nature.

“Have you ever noticed how television and print media will scream themselves hoarse in news documentaries, editorials and heavy analytical pieces about ‘rising pornography, crime, violence, gunplay’, etc? And yet in the same TV Guide announcing the latest special on ‘The Crisis of Sex and Violence’ will appear an advertisement for Miami Vice, the ‘show that brings you the action and excitement you’ve come to expect’, etc. Or your newspaper will condemn sex and violence in the loftiest terms but there in the entertainment section is a half-page advertisement for a new ‘action’ movie accompanied by a photo of women in string bikinis and high heels fondling automatic pistols and machine-guns.” Michael A. Hoffman,  Secret Societies and Psychological Warfare

3.) Occult Symbolism – Classic occult symbolism is ubiquitous in our culture now. Appearing throughout entertainment media, the spiritual symbols of the occult present a constant reminder that dark forces are at play in our world. They trigger the deeply subconscious fear of death, which is thought to be the main driver of all human behavior, as well as submissiveness to base level forces, such as fear, greed, and lust.

“The themes are applied in so many productions that it utterly defies coincidence, which means there must be some greater unifying message or purpose to it all. Based on the type of symbols and when looked at in the historical context of esoteric religious movement, Egyptian theology, Babylonian mythology, Satan worship and so on, Hollywood and the movie industry is clearly working to serve a particular idealogical movement.

The worship of dark and satanic forces has historically been linked to human sacrifice, pedophilia, sexual perversion, ego worship, celebrity worship, fragmentation of the individual psyche into controllable parts, mind control and corruption of the soul. The use of the occult and its symbols is a methodology employed to weaken the power of the individual and to create psychological slaves. It is a serious form of mind control.” ~Buck Rogers

4.) The Hypocrisy of Church and State – Stoking extreme cognitive dissonance, the most influential institutions in our world, church and state, are perpetually engaged in behavior that defies their stated objectives, creating an environment where otherwise would-be virtuous people develop a warped sense of reality.

The Catholic Church is mired in evil child-abuse scandals all the time, but they still put on the air of righteousness. The government is pretty much always engaging in scandal, murder, corruption and every other evil things, while, again, presenting itself as an organization that brings justice and equity to our world.

5.) Victim Consciousness – If you believe you are a victim, then you also believe that you have no control over your choices and fate. Church and state love for people to play the role of victim, because they know it leaves a power vacuum in one’s life, causing them to look outwardly for direction, while giving up their power.

The subconscious mind doesn’t speak the same language as the conscious mind. It works on the level of visualization. Many of the influences mentioned above operate as mental images within the minds of many in our culture. A form of daydreaming. A trance like state. Waking up to this awareness is exceptionally liberating.

Sigmund Fraud is a survivor of modern psychiatry and a dedicated mental activist. He is a staff writer for WakingTimes.com where he indulges in the possibility of a massive shift towards a more psychologically aware future for humankind.

This article (The 5 Main Cultural Influences Controlling Your Subconscious Mind) was originally created and published by Waking Times and is published here under a Creative Commons license with attribution to Sigmund Fraud and WakingTimes.com. It may be re-posted freely with proper attribution, author bio, and this copyright statement.