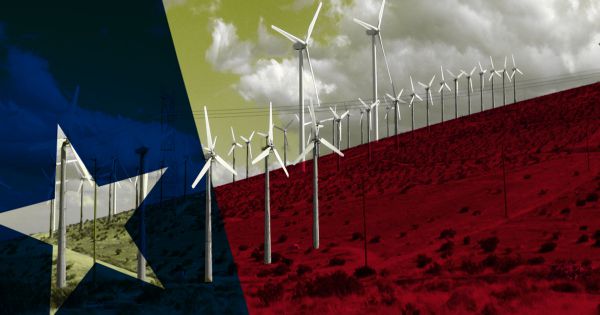 Fossil fuel may comprise a large part of the Texas economy, but new research shows that the state has the natural resources to ditch coal entirely and still meet its electricity needs.

“There is no where else in the world better positioned to operate without coal than Texas is,” report co-author Dan Cohan, a professor of civil and environmental engineering at Rice University, told the Houston Chronicle. “Wind and solar are easily capable of picking up the slack.”

According to the research, recently published in the journal Renewables: Wind, Water, and Solar, Texas is in the fortuitous position of being able to replace the 25 percent of its electricity that it still sources from coal-burning plants without investing in expensive energy storage facilities.

That’s because the state’s substantial renewable energy resources — wind and solar — operate on complementary schedules. Solar installations across the state only generate power during the day, and wind farms in West Texas provide large amounts of power at night. Wind turbines on the Gulf Coast, meanwhile, kick into high gear late on summer afternoons, when sea breezes blow inland.

The heartening report comes as renewables overtook coal as Germany’s primary energy source — an auspicious historical moment that seems to demonstrate that wind and solar can not only complement fossil fuels, but also evolve into an independent source of energy.

“We’re poised on the edge of a much cleaner grid than we have today,” Cohan told the Chronicle. “There’s an opportunity with coal coming offline to have wind and solar step up. It’s the cheapest way to do things, whether or not you care about the environment.”

In this article:Solar installations, Texas economy