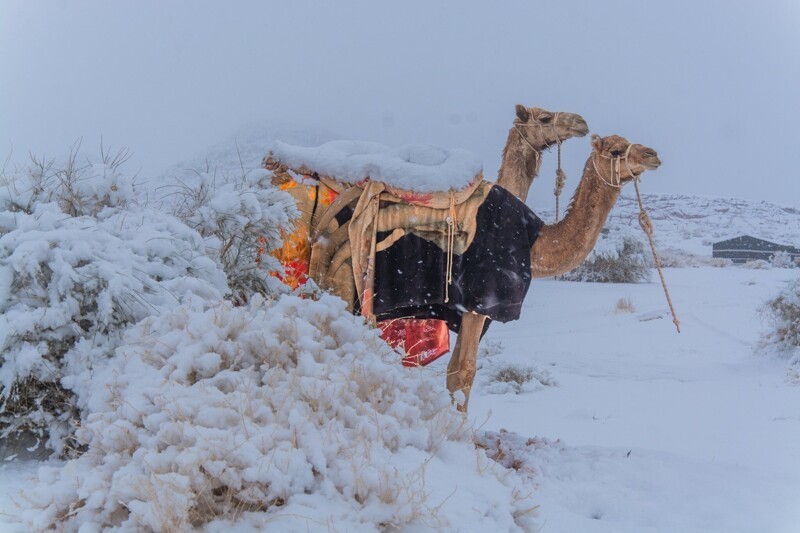 On Saturday, the Ha’il region in Saudi Arabia was buried under a layer of ice several centimeters after a severe thunderstorm. Videos shared on social media show thick dark clouds enveloping the sky and a thick blanket of hail on the ground.

“It’s hail, not snow, and during the storm the temperature was high, around 28 degrees Celsius,” he added.

The desert at Al-Usmur Bahra Bani Rashid in Haile is covered with a dense layer of hail.

Precipitation in Saudi Arabia did not start right on Saturday, but a little earlier, but by April 18th there was some kind of peak:

Sahara is transforming to something but a desert, the world has begun to get used to it, and to local children, who are now 7-10 years old, will be probably quite difficult to explain, how Sahara used to be before.

Snow and hail in the second half of April is already something that is completely amazing. During these months, such phenomena happen more than once in the world, but Saudi Arabia !?

On April the 17th, a bizarre red rainbow appeared in South Korea:

At first glance, there is nothing unusual and surprising in the pictures: a cozy freshwater lake with an area of ​​a couple of hectares, some small island in the sea or a sand spit – everything is within normal limits. But the problem is that on April 4 there was neither a lake nor an island – they appeared after the tropical cyclone Seroy, which passed through Indonesia on April 5.

And when the rain died down, the inhabitants of the coast saw that instead of a view of the sea, they now had a view of the island. And a little further from the coast , a new lake appeared, which, despite the end of the cyclone, continues to increase every day.

One gets the impression that we are not dealing with weather anomalies and pole shifts, but real terramorphing. 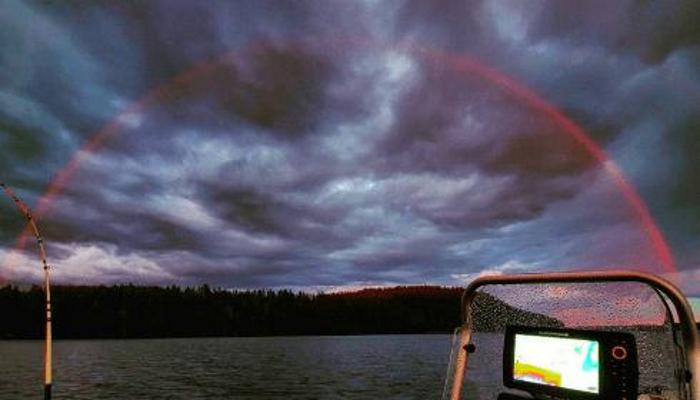 In a very short period between the 11th and 15th July 2020, two countries, separated by thousands of kilometers, unexpectedly encountered another amazing atmospheric...