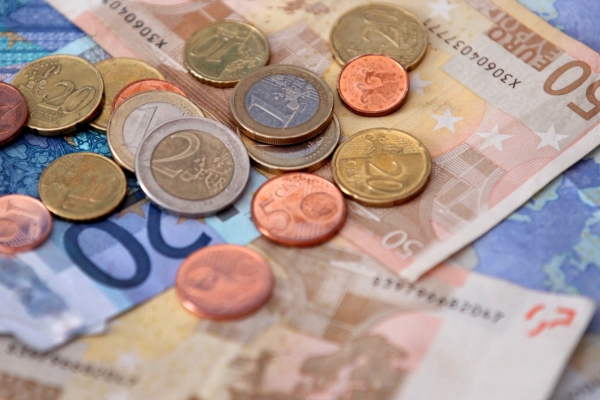 Last week, at a European Council Summit in Brussels, Germany, the centralization of financial power was established. All banks, except for the Technocratically –controlled European Central Bank will be under centralization regulation of a joint control mechanism by 2014.

Angela Merkel, Chancellor of Germany, explained that caution for the success of the encompassing merger of financial institutions must be observed. “Concerning the move towards banking supervision, we have decided to move forward with the principle that quality is more important than rapidity. This means we will not have a working banking supervision at the beginning of 2013.”

Merkel wants to lay out an international legal framework that created a single supervisory mechanism (SSM) to justify this new system of controlling fiat distribution and acquisition for the purpose of regulating capital and liquidity with the Technocrats overseeing compliance for more than 6,000 banks in the Euro Zone.

Considered a “revolution” this usurpation of monetary power over sovereign nations in Europe will have one “supervisor for the whole of Europe.” Nations will no longer be permitted, by international mandate, to manage their own finances. The Technocrats are using the global market crash of 2008 as validation for their self-imbued rule.

An informant from the Deutsche Bank explains that the bailout of the US banks in 2008 was actually a quick repayment to China from money lost because of the mortgage-backed securities scam created by the mega-banks and Wall Street. Because the Euro Zone was devastated by the same vehicle that is now being used to justify global centralization of power, it is clear that the scheme of necessary policy will not protect central bankers from themselves.

In September, the Technocrats manipulating the financial fate of the Euro Zone created the European stability mechanism (ESM) which was supposed to provide monetary assistance to those members in economic difficulty. Being a treaty, the ESM would empower one central position by dispersing assistance if the nation were 90% in debt based against capital requirements. The ESM began its monetary takeover in early October with complete control over lending ability. The ESM was also incorporated so that its governance would be validated under European Union law and all member states are subject to this one single mechanism.

This centralized power is borne out of a compromise between France and Germany. A single “supervisor” will be empowered to intervene in any and all bank dealings that are originated in the Euro Zone. Those mega-banks in the Euro Zone will be limited by their establishment as systemic.

According to a recent study, all manipulation of the global corporate control can be traced to 147 institutions; mostly being banks. These “super entities” are the establishers of the real global economy. The connections devised in the study point to controlling groups that are networked throughout the world, and became the catalyst for global financial collapse.

Merkel’s concern was creating a national budget so that the flow of fiat through the Euro Zone could be controlled by the new establishment of one supervising person.

The SSM will prevent more risky dealings in the Euro Zone by controlling the banks through a single source. Jose Manuel Barroso, president of the EU Commission believes that this move will allow the European Central Bank (ECB) to become the central power foundation and have control over all banks in the Euro Zone.

The ECB, having sole responsibility of setting monetary policy, would have to destroy the legitimacy of other banking institutions in the Euro Zone in order to achieve this level of authority. In essence, this move demonstrates a desire of the UK government to ensure the supremacy of the ECB and Barroso is working toward the legal path to allow for clear rights and rules to be funneled through this Technocratic creation.

The SSM appears to be another step toward one world currency.

The UN proposes a complete overhaul. In the report “Adapting the International Monetary System to Face 21st Century Challenges”, they call for “more intense debate on and reforms to the international monetary system imply that the current system is unable to respond appropriately and adequately to challenges that have appeared, or become more acute, in recent years. This paper focuses on four such challenges: ensuring an orderly exit from global imbalances, facilitating more complementary adjustments between surplus and deficit countries without recessionary impacts, better supporting international trade by reducing currency volatility and better providing development and climate finance. After describing them, it proposes reforms to enable the international monetary system to better respond to these challenges.”

They recommend movement toward a global currency that will replace all current currencies. Revaluation will be accessed and the worth of money would redistribute with oversight of the International Monetary Fund (IMF), World Trade Organization (WTO) and ultimately the UN.

The IMF’s suggestion is the Bancor, which was the supranational currency invention of John Maynard Keynes. When Keynes headed the World Banking Commission, he was integral in the creation of the IMF. However, its rise to power was halted at the Bretton Woods Conference where the US prevailed in establishing the US dollar as the global reserve currency.

The United Future World Currency is a foundation nearly 2 decades old that seeks to “bring to life the project for a common currency” once defined as the Euro. They are committed to bringing awareness to the necessity of global currency.

Organizations like this serve to make the idea of a global currency more palatable to the general public. Simultaneously, nations like China are pushing against the US dollar being the global reserve currency as the Federal Reserve continues to inflate the US dollar which debases its worth.