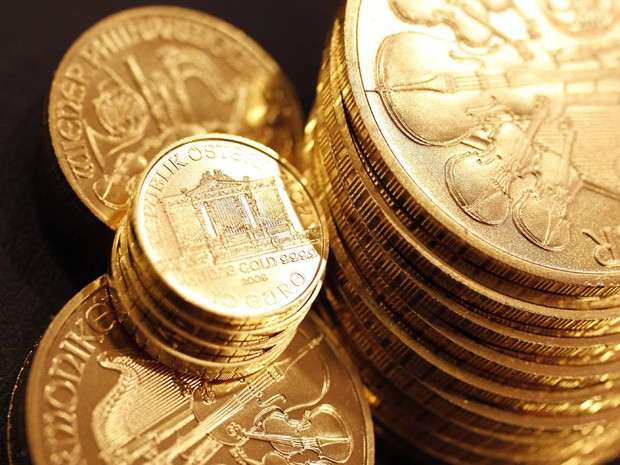 Last week, gold fell below $1,700 an ounce. This prompted caution in the metals markets as the Federal Reserve Bank continues its purchases of the mortgage-backed securities. The mainstream media touts this act as an attempt to stimulate the American economy; however it is nothing less than a land-grab by the technocrats.

Overseas, Germany’s central bank has neglected to audit the country’s estimated 3,400 tons of gold reserves. This resource would be desirable to the technocrats at this critical time – when they are endeavoring to implode fiat currencies in the EuroZone. Those gold stores are in the hands of the Federal Reserve headed by Ben Bernanke.

It is supposed that the same 3,400 tons of gold (valued at an estimated $190 billion) is currently in the possession of the central bankers in the US, France and England; assuming that this gold is the same gold that was stored at the end of the Cold War.

While the technocrats are trying to figure out how much gold they have amassed through the implosion of various sovereign nations under the direction of the global devaluation of the Euro, the BRICs nations have been backing their fiat with precious metals and preparing to bring the world back to a gold standard.

In the 1800’s, Adam Smith wrote the Wealth of Nations. Smith concluded his book by saying that if countries held gold as currency, they are a risk to the rest of the world. Since gold can be picked up and moved to another location, the psychical gold itself poses a risk to the sovereignty of a nation; and that nation’s ability to retain their sovereignty by which the gold affords them.

The technocrats operate under the credo that gold must be kept off the market because the controlling the known amount of gold secures their advantage of its price and worth. In this way, the wealth of a nation could be manipulated because the central bank would be the only institution that would know exactly how much gold any nation had in their possession; while simultaneously printing fiat to devalue the worth of the country’s currency.

Smith concurs when he states that less wealth that is circulated possess a hindrance to the growth of any nation. And therefore the elimination of the gold standard serves only to hide the wealth of all nations and create financial dependence on the technocrats to value all fiat.

Greece is very attractive to the technocrats. The nation has massive untouched resources of gold, oil and natural gas – literally under the feet of the Greek people. With Greece slated to be the biggest producer of gold in 2016, the motives behind the bankster’s coercion of the Greek government into soverign debt begins to make sense.

The Greek government agreed to the technocratic demands for sovereign debt in exchange for the bailout which will push the Greek economy further down with more fiat pumped into the system. Meanwhile, the citizens of Greece will lose their independence, benefits and become serfs to the central banking cartels.

Earlier this month, hundreds of protesters gathered to stand up against the acquisition of Greece’s Halkidiki gold mine to the banking elite. Police detained 21 protesters while reports said only 3 demonstrators were hurt.

In Greece, demonstrators came out in Athens by the thousands to demand their government discontinue the systematic destruction of their country under new austerity reforms. Police in riot gear reported that the protesters threw Molotov cocktails and took aim at the Greek parliament building. They were met with tear gas.

The Canadian based Eldorado Gold Corp (EGC) is more than willing to be part of the creation of gold mines in lieu of the financial collapse in Greece. Along with the Australian-owned Glory Resources, EGC is hoping their efforts will add 425,000 ounces of gold (worth an estimated $757 million) to the institution that ends up controlling Greece’s finances.

Other resources in Greece which places the nation in the hands of the banking cartels, are the substantial sub-Mediterranean natural gas and petrol fields at the precipice of the country. Controlling Greek energy exports would be extremely profitable for the technocrats. Numerous European-based corporations are bidding to have contracts for the extraction of these resources.

In light of this, the monetary destruction of Greece by the central banksters makes quite a bit of sense. Not only would they control the fiat, but they would have their hand over these natural resources which would devalue the oil deposits in the Middle East.

At the latest talk at the European Council Summit, the centralization of monetary power was established with the single supervisory mechanism (SSM) that justifies a new control system of fiat distribution and acquisition for the purpose of regulating capital and liquidity with the Technocrats overseeing compliance for more than 6,000 banks in the Euro Zone.

Considered a “revolution”, this usurpation of monetary power over sovereign nations in Europe will have one “supervisor for the whole of Europe.” Nations will no longer be permitted, by international mandate, to manage their own finances. The Technocrats are using the global market crash of 2008 as validation for their self-imbued rule. This centralized power is borne out of a compromise between France and Germany. A single “supervisor” will be empowered to intervene in any and all bank dealings that are originated in the Euro Zone. Those mega-banks in the Euro Zone will be limited by their establishment as systemic.

The SSM is touted to prevent more risky dealings in the Euro Zone by controlling the banks through a single source. Jose Manuel Barroso, president of the EU Commission believes that this move will allow the European Central Bank (ECB) to become the central power foundation and have control over all banks in the Euro Zone. Yet the SSM appears to be another step toward one world currency.

True to the intricate plans of the technocrats, the UN has proposed a complete overhaul in the report entitled, “Adapting the International Monetary System to Face 21st Century Challenges”. They call for a “more intense debate on and reforms to the international monetary system imply that the current system is unable to respond appropriately and adequately to challenges that have appeared, or become more acute, in recent years. This paper focuses on four such challenges: ensuring an orderly exit from global imbalances, facilitating more complementary adjustments between surplus and deficit countries without recessionary impacts, better supporting international trade by reducing currency volatility and better providing development and climate finance. After describing them, it proposes reforms to enable the international monetary system to better respond to these challenges.”