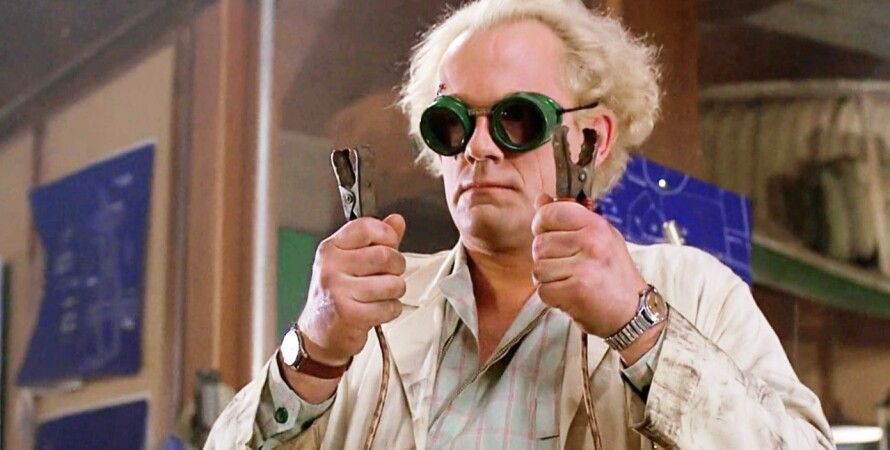 The outgoing year was rich not only in discoveries in the medical field, some of the studies carried out border on science fiction. Here’s a look at some of the most unusual scientific research of 2020 according to New Atlas. The list includes the most amazing, exciting and bizarre scientific news of the past year.

The man who didn’t see numbers

In 2020, neuroscientists described a surprising anomaly. A patient codenamed RFS, suffering from a rare neurodegenerative disease, lost the ability to recognize the numbers from 2 to 9. Instead, he saw a chaotic set of lines, similar to the paintings of abstract artists. At the same time, RFS perfectly distinguished letters and other symbols.

The patient also could not recognize any image overlaid on the digit or close enough to it. For example, he saw a chaotic jumble of lines instead of a human face. However, the face recognition zone in his brain was activated as usual.

This extremely unusual case became another vivid reminder that thought is material in the most literal sense of the word. For each of our skills, specific neural structures in the brain are responsible, and if they are damaged, the skill “turns off”.

In the past year, researchers have recreated the voice of an Egyptian priest who died three thousand years ago. Scientists performed a computed tomography scan of the mummy to take into account all the individual anatomical details that affect the formation of the voice.

Based on this data, the experimenters printed a model of the priest’s vocal tract on a 3D printer. They connected this device to an artificial larynx and speakers.

True, the resulting system produced a single sound, since the artificial vocal tract remained motionless. However, experts hope over time to learn how to more accurately reproduce the voices of the dead.

The woman who peed alcohol

An unexpected and strange achievement surprised the world and the doctors. They recorded the first ever case in which the human bladder produced alcohol on its own.

Alcohol was consistently detected in the urine of a 61-year-old patient with diabetes. At the same time, the woman categorically denied the use of intoxicants. Moreover, ethanol was not detected in her blood.

In the end, the scientists figured out what was the matter. Yeast lived in the patient’s bladder. Her urine, due to diabetes, was rich in sugar, from which the microorganisms produced alcohol. Ethanol did not enter the woman’s blood and did not cause any inconvenience to her, except for baseless accusations of alcoholism.

The butterfly effect in the quantum world

In 1952, Ray Bradbury wrote the story “And Thunder Rocked”. His hero goes to the past and there he accidentally steps on a butterfly. Returning home, he finds that the world has changed a lot. Because of this crushed butterfly, in the end, some people were not born, and with them all their descendants, and the whole history of the world flowed differently. A tiny change in the past triggered a chain of events that reshaped the present. This is the famous butterfly effect.

By the way, the famous children’s poem “The Nail and the Horseshoe” draws a similar picture without any travel in time: “The enemy enters the city, sparing no prisoners, because there was no nail in the smithy.” Mathematicians and physicists have long known the phenomenon where a tiny change in the present dramatically changes the future. It is called dynamic chaos.

In 2020, researchers checked to see if something similar was happening with quantum encryption. What if an attacker slightly corrupts the data? Will this not change the whole message beyond recognition?

However, simulation on a quantum computer showed that this does not happen. A small intervention in the past does not fundamentally change the present. There is no quantum butterfly effect. This means that quantum encryption systems are reasonably robust against interference, be they accidental or intentional.

How to confuse a fish with a rose

In the past year, biologists have discovered a curious mutation in some people. Its carriers can confuse the smell of fish with the scent of caramel or rose.

In the human genome, there are about 400 active and more than 450 “broken” genes that affect the sense of smell. Scientists have yet to thoroughly figure out the functions of each of them. To sort out this chaos, the researchers decoded the DNA of more than nine thousand volunteers and forced them to inhale different scents. The subject had to evaluate how strong and pleasant the smell was, and try to guess what it smelled like.

It turned out that carriers of a certain mutation in the TAAR5 gene can smell fish weaker than the average person. They also find this scent more pleasant and are more likely to be confused with other scents. For example, some subjects stated that the sample smells like potatoes, caramel or rose.

Another remarkable discovery in biology took place this year. Scientists have discovered for the first time vertebrates, which have got themselves … their own pets.

We are talking about the connection of fish of the species Stegastes diencaeus with mysids – small crustaceans. S. diencaeus are known as “gardeners” who grow their own algae for food. Crop production itself is an exceptional phenomenon in the wild. But these fish also turned out to be livestock breeders. They literally domesticated the mysid.

Each “planter” has his own school of crustaceans living in his “vegetable garden”. Fish protects mysids from predators, and they instead fertilize its “fields” with wastes of their vital activity.

Scientists have already encountered animals that domesticated animals. For example, some species of ants have “tamed” aphids. But for the first time such a strategy was noticed in vertebrates (excluding, of course, humans).

Aliens can use black holes as energy sources

In 2020, physicists conducted an experiment confirming that supercivilization could use black holes as a source of energy.

In 1969, British researcher Roger Penrose theoretically predicted the existence of an unusual effect. Let a particle fly over the “surface” itself (more precisely, the event horizon) of a rotating black hole. Under certain conditions, an all-consuming monster can accelerate this particle, giving it part of the energy of its rotation. In this way, you can use a black hole as a source of energy. True, in practice, this task is only up to the supercivilizations from the pages of science fiction novels.

Humanity does not have a black hole at hand for experiments. But in 1971, Soviet physicist Yakov Zeldovich proposed a slightly more realistic experiment to test Penrose’s theoretical conclusions. Light plays the role of particles in it, and a rotating cylinder plays the role of a black hole. True, for the effect to reach measurable magnitude, this cylinder must make a billion revolutions per second, and this is a fantasy requirement.

In 2020, scientists have found an elegant solution: they replaced light with sound. The rotating disk gave additional energy to the sound wave, as would happen with light near a cylinder in the Zeldovich scheme and with a particle near a black hole in Penrose’s calculations. The theory’s predictions were brilliantly confirmed. This means that it is really possible to extract energy from black holes in the way proposed by Penrose. A trifle remains: to become a supercivilization.

Species brought by humans into ecosystems alien to them are usually considered a source of troubles. And this point of view is not without foundation . Recently, however, environmentalists have come to an unexpected conclusion: sometimes such human negligence can benefit nature.

In 1993, as a result of a special operation, the Colombian “cocaine king” Pablo Escobar was shot dead. Four hippos lived in the pond on his ranch. The animals left unattended broke free and multiplied. Now hippos live in all major rivers of the country, their total number is estimated at 80-100 individuals.

Hippos have never been found in South America, and their invasion is generally believed to harm the local ecology. However, this time the scientists questioned this.

Experts have noticed that this continent once had its own large mammals. So, the extinct giant llamas were similar to hippos in size and diet. And other large animals were semi-aquatic, like hippos. All these species became extinct due to not fully clarified reasons (possibly, primitive hunters are to blame).

Perhaps, biologists say, the current hippos will occupy a long-empty ecological niche in the continent’s ecosystems, which will benefit nature, not harm.

In 2020, there was an event similar to the beginning of a blockbuster about the end of the world. Scientists have raised microbes from the wells in the seabed of a hundred million years old and … revived them.

Researchers have drilled the bottom of the Pacific Ocean under a six-kilometer water column. The wells were 100 meters deep. Scientists have extracted soil samples from 4.3 to 101.5 million years old.

To the surprise of specialists, microbes were present in the entire investigated thickness of the seabed. Moreover, when the experimenters placed the samples in a nutrient medium, the microorganisms revived and began to multiply. In other words, biologists have set up a true Jurassic park in a test tube.

The last event in the universe

As you know, the universe will die slowly darkening over trillions of years. But according to the latest research, the death of the universe will still be an unforgettable event, in particular thanks to supernova explosions of black dwarfs .

In the past year, astrophysicist Matt Caplan, figured out how to be the last dramatic event in the history of the world.

It will happen when the stars cease to be born and their last generation burns out long ago. When even black holes evaporate drop by drop due to Hawking radiation . When in the Universe, it would seem, there will be nothing left capable of any changes.

Only then will white dwarfs – long-cooled remnants of extinguished luminaries – begin to explode. These thermonuclear explosions will be a farewell salute to the world, which once could boast that at least something is happening in it.

True, this last interesting event in the Universe will not happen very soon: in 10 1100 years. For comparison: there are “only” 10 80 atoms in the observed space . Even the most sophisticated imagination is suppressed on such a scale.