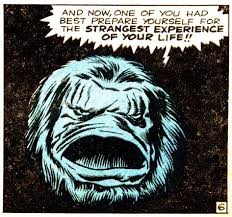 You may recall the matter-of-fact attitudes of Hogwarts’ students to ghosts traversing the Harry Potter series of books and movies; in this fictional world, ghosts come and go talking of a Michelangelo, while students go about their business, paying them little attention because they see them all the time. Strangely enough, there are real-world counterparts to these lackadaisical student ghosting attitudes: yes, it’s Da-da’s own Bronko and Nagurski.
Da-da’s 6 and 7.8YO progeny, along with Da-da himself (who’s 10k times that old), experience cold spots and things moving out of the corner of your eye — and above all, voices — all the time in Spook Central, the family abode. While most people get all oogley when things go bump in our night, Da-da’s boys take these experiences at face value: they’re not scared in the least.
This came into sharp relief last Friday afternoon, whilst Da-da and boys were unwinding from a busy week listening to the audio book, Harry Potter and the Prisoner of Azkhaban. At one point, both boys heads turned to look in the direction of the CD player (yes, we still use one of those).
“Did you hear that?” both boys said, nearly simultaneously. Da-da paused the recording.
“What?” Da-da asked, thinking they meant the audiobook.

“This place is weird.”

If one kid had said it, Da-da would’ve shrugged it off, but when both of them report the same event, we take it a bit more seriously.
At first, Da-da thought they might’ve misunderstood words from the recording, but they pointed away from the speakers to the step that leads down into the family room, where we were sitting. None of us was frightened, for the record, we’re too used to strangeness, but we were perplexed at the words: “This place is weird.” (At least it didn’t say, “GET OUT.“)
Supposing that it was indeed a spirit which had said this, was the ghost talking about Da-da’s house? Was the spirit so disused to encountering modern, “reality” that our environs struck them as, “weird”? Da-da’s house is hardly weird — or modern, for that matter, though it does have lots of Da-da’s abstract artworks all over the place; hardly weird, that is, unless the ghost can see something we cannot. Then again, to someone who died in 1925, would a modern house seem weird? Microwaves and chrome faucets and big screen TVs?
Three psychics and a number of “sensitives” have described Da-da’s property as being, “special,” but would never explain why. When cornered, the most reliable psychic (an oxymoron for some) had said that the house sat on, “a vortex.” Great. Try putting that on your real estate sales flyer: “For sale: Lovely 4 BR, 3 BA home with bonus room, mature landscape AND VORTEX INTO THE UNKNOWN. Great views and location!”
Either way, the fact that none of us were fazed by this is a testament to how often it occurs… which is all well and good during daylight hours. However, when a ghost whispers something in your ear in the dead of night, it’s another matter entirely. More on that next time.

In this article:amancalleddada, bring our yer dead, ghost, ghosts, Haunted, living in a haunted house, living with the dead, spook central, spooky, whole world is haunted