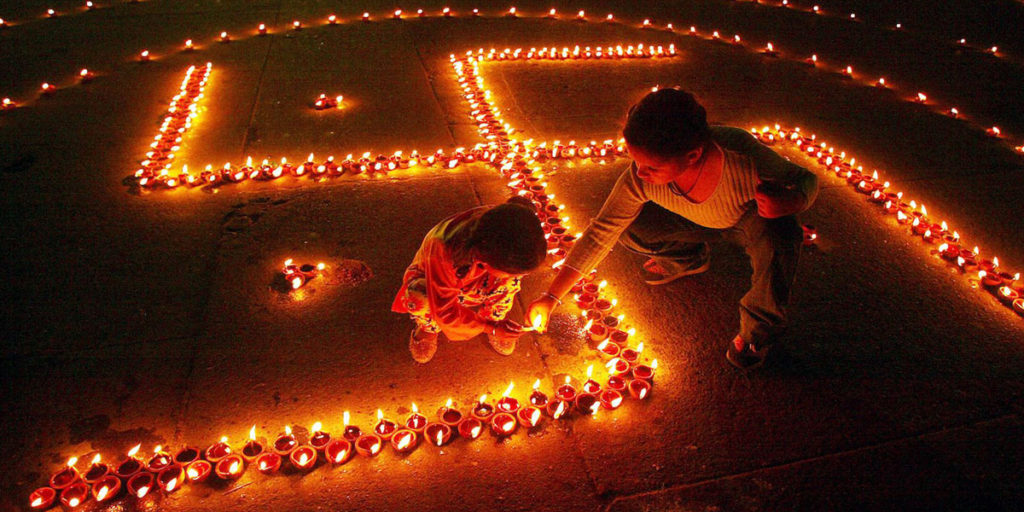 It has long been known amongst historians and anthropologists that humans’ evil actions give meanings or reshape the perceptions of even the most peaceful of the notions and symbols.

Nowhere this fact is more evident than the stigma attached to the Swastika symbol. 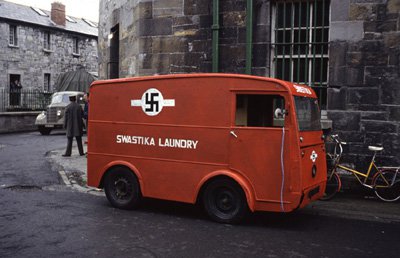 Synonymous with the Third Reich that wreaked havoc on the European continent, this symbol previously enjoyed an entirely different status, one that was on the opposite end of violence and mass killings.

For centuries, western civilization revered the swastika as a symbol of luck, as it was the case in the early 20th century. 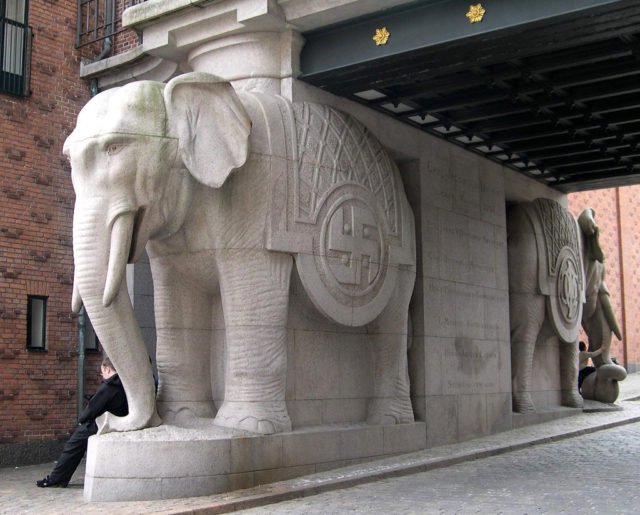 The earliest findings of the swastika took place in Mezine, Ukraine; however, some of the most peaceful and oldest organized religions on the planet have long used the swastika as an auspicious symbol of luck. 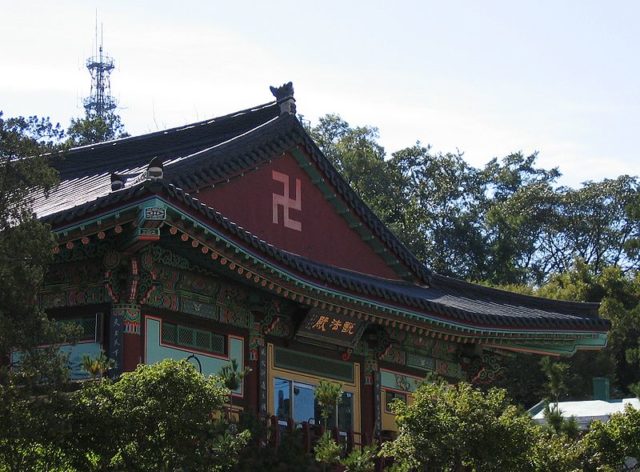 Hinduism and Jainism had always had a very positive relationship with the symbol, their religious buildings and festivities include various forms of the swastika. 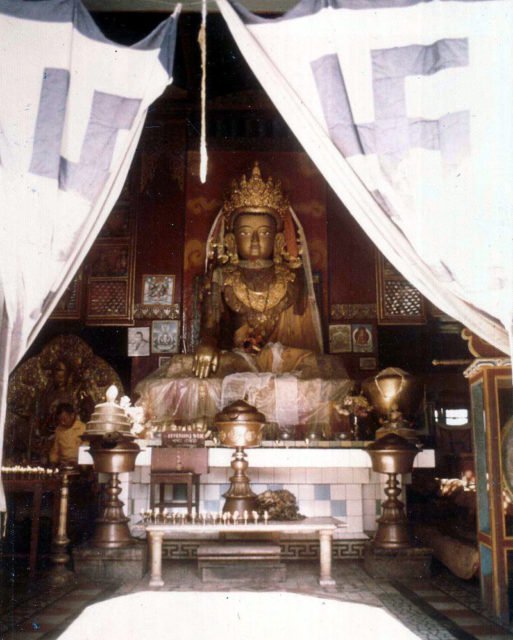 Western literature widely used the symbol and had been using the oldest term ‘Gammadion Cross’ to denote the swastika. 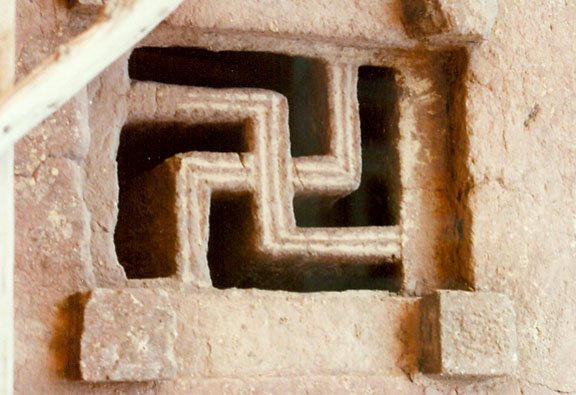 The term Gammadion Cross stemmed out mainly due to its appearance and not any supernatural meaning.

The swastika apparently makes an amalgamation of four Greek Gamma letters, that are affixed together.

The term Gammadion Cross stemmed out mainly due to its appearance and not any supernatural meaning.

The swastika apparently makes an amalgamation of four Greek Gamma letters, that are affixed together. 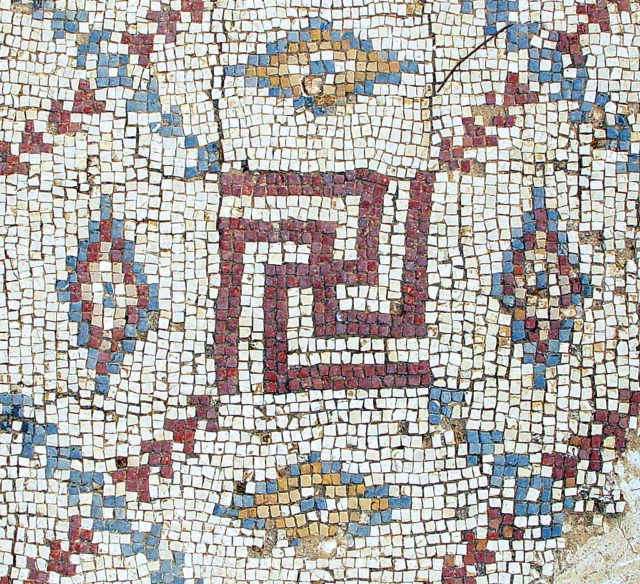 The unique status of the swastika that spanned over continents and civilizations, got completely shattered when Nazi Germany adopted swastika as their symbol in 1920. 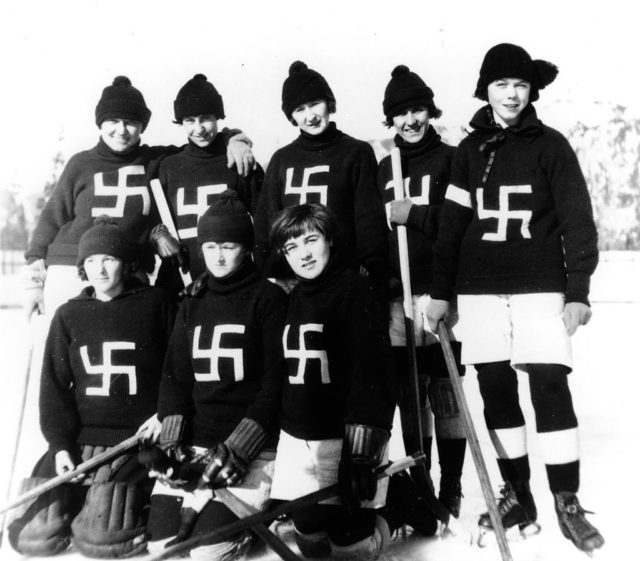 The events that followed the Nazi party’s rise to power in Germany and killings of millions that resulted from it, gave the swastika a brand-new meaning, one that was on the far end of the other fringe, too different from luck and auspicion of course. 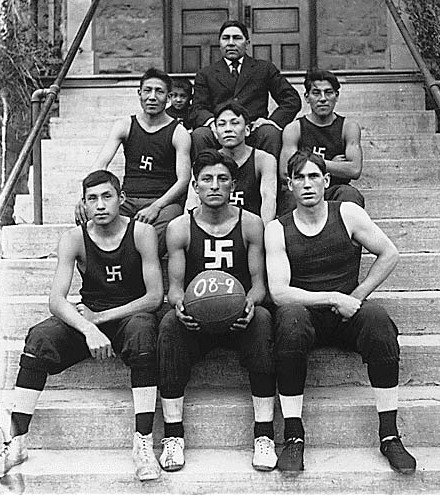 Before the stigmatisation of the auspicious symbol of the Gammadion cross, it was widely revered and used extensively in the businesses across the civilized word; often to invite the ‘goddess of luck’ to help with the finance.

A famous laundrette, appropriately called Swastika Laundry, was founded in 1902 on Selbourne Road in the Ballsbridge district of Dublin. Founded by John W. Brittain in 1872 the facility remained functional up until 1937, with its vehicles and shop fronts ‘eerily’ (for us in the 21st century of course) decorated by a black swastika over a red background, something that later became the signature of the Nazi regime.

Another business that flourished in the early 20th century and took the swastika as a symbol was a Danish Brewery called the ‘Carlsberg Group’.

The company remained functional up until the mid-1930s. The company was discontinued due to the well-established association with the Nazi Party in the neighbouring Germany ruled by the Nazis. 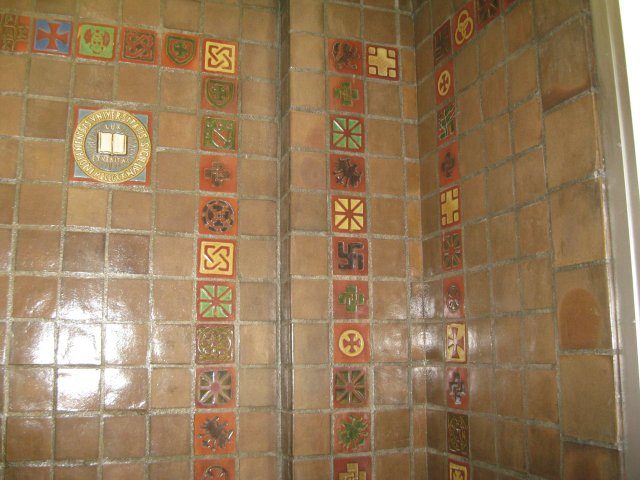 However, as you enter company’s headquarters in Copenhagen today, you can’t help but see the last elephant statues standing tall with the swastika carved on their bellies. These statues were installed in 1901, way before the Nazi party’s idea of hijacking the swastika was even conceived.

Swastika has long been the part of religious symbolism for many old religions, and it stems out from an unconventional source and in an unorthodox manner.

Christianity used the swastika as a hooked version of Jesus Christ’s famous Cross; the swastika was seen as the symbol of Jesus’ victory over death and persecution.

Ancient Christian churches, especially those from the Romanesque and Gothic eras, extensively used the swastika and decorated temples with the auspicious symbol.

Hinduism still uses the swastika despite the stigma attached to it.

Hindus often trace the symbol with a finger using a sindor solution on the head or body during many Hindu religious rites.

Decorating doors of houses and temples with the swastika is also a custom so deeply held in Hinduism that no western political or social pressure can root it out.

Swastika pattern in a Venetian palace that likely follows a Roman pattern, at Palazzo Roncale, Rovigo.

Even a number of auto rickshaws and taxis driven by devoted Hindus can be seen with various forms of the auspicious symbol on the doors and even the inside of the vehicles.

In today’s India, the swastika is believed to be the bearer of good luck and is considered a symbol of protection against evil and malicious intent.

via The Vintage News