It may be common for psychiatric patients who are Muslim to attribute their hallucinations or other symptoms to “jinn,” the invisible, devilish creatures in Islamic mythology, researchers in the Netherlands have found.

The findings demonstrate one way in which culture may influence how people perceive their psychotic symptoms, and could help Western psychiatrists better understand patients who have an Islamic background.

Moreover, in today’s connected world, patients may fuse the symbols from their own backgrounds with those of other cultures to explain their symptoms, study leader Dr. Jan Dirk Blom, an assistant professor of psychiatry at the University of Groningen, told Live Science.

In Islamic mythology, Jinn, or djinn, are supernatural creatures made of smokeless fire. They are frequently found in Islamic folklore and are mentioned in the Quran, the religious text of Islam. Historically, they are portrayed as menacing creatures that can harm humans, or drive them mad. People in Muslim societies have traditionally seen jinn as the cause of mental illness and neurological diseases, especially epilepsy.

To get a better idea of how commonly Muslim psychiatric patients consider jinn in the course of their diseases, the researchers looked into the scientific literature. They found 105 articles about jinn and their relationship with mental disorders, including 47 case reports. About 66 percent of those reports included a medical diagnosis. Nearly half of the cases involved a person with schizophrenia or a related disorder, while the rest of the patients had mood disorders, epilepsy or obsessive-compulsive disorder.

“The available literature suggests that the attribution of psychiatric symptoms to jinn is common in some Muslimpopulations,” the researchers wrote in their review, published July 30 in the journal Transcultural Psychiatry.

“Since Western health professionals tend to be unfamiliar with this attribution style, diagnosis may prove quite challenging — especially when the patient-physician encounter is already impeded by language problems and cultural differences or biases,” the researchers said.

Moreover, findings from several case reports suggested that the attribution of psychiatric symptoms to jinn also affects the treatment and course of patients’ mental disorders, the researchers said.

Like any supernatural creatures, Jinn have accumulated a rich world through years of folklore and cultural experiences. They are thought to share many characteristics with humans: Jinn are born, fall in love, get married and die, but also have some superhuman abilities, such as flying, moving mountains, becoming visible only when they wish and appearing as animals. Jinn are described as having hooves like a goat’s, and a black tail. [Our 10 Favorite Monsters]

A belief in jinns seems to have persisted despite recent cultural and political changes within Islamic cultures, the researchers said. For example, two recent surveys done in Bangladesh and the United Kingdom in 2011 and 2012 found that many Muslims believe firmly in the existence of jinn, black magic and the “evil eye.”

But belief in such supernatural beings may prevent people from seeking help from medical professionals, researchers said. Because patients may seek help from a religious leader, the researchers recommend collaboration between medical practitioners and religious health care workers. “In our practice in The Hague, an imam [a religious leader in Islam] in the service of our psychiatric hospital is available for consultation and advice,” they wrote in their review.

Cultures and the mind

Across societies, beliefs in the supernatural as well as other aspects of culture may influence how mental disorders manifest, the study said. Previous research has found that people with schizophrenia may experience different delusions depending on their cultures. For example, fears about technology and surveillance play a large part in the delusions of people with schizophrenia in the United States. Meanwhile, in Japan, which has an honor-oriented culture, patients’ delusions more commonly involve fears about public humiliation.

In a recent study published in the British Journal of Psychiatry, U.S. patients with schizophrenia reported hallucinations that involved hearing voices with a negative tone, whereas in Ghana and India, patients reported voices with a generally positive tone.

However, culture is not the only factor that influences psychiatric patients. Blom and his colleagues previously treated a young Muslim patient who had schizophrenia, and who, contrary to the doctors’ expectations, didn’t attribute his hallucinations to jinn. Instead, the patient had searched the Internet for cases similar to his experience, and had concluded that he was a werewolf.

“He could not be persuaded to accept any other explanation,” Blom wrote in an article describing the case that was published in March in the journal History of Psychiatry.

As that case shows, the fusing of cultures and easy access to information online today means that people may incorporate other cultures into their own explanations of their mental health symptoms, Blom said.

In this article:Jinn, Muslim, Supernatural 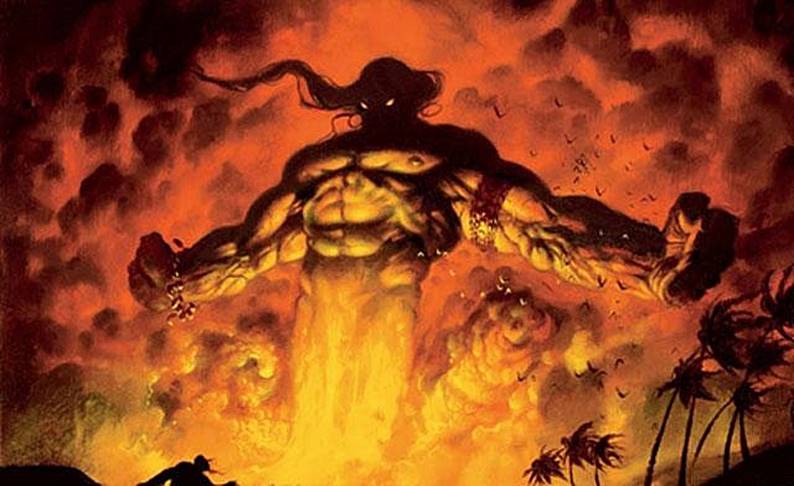 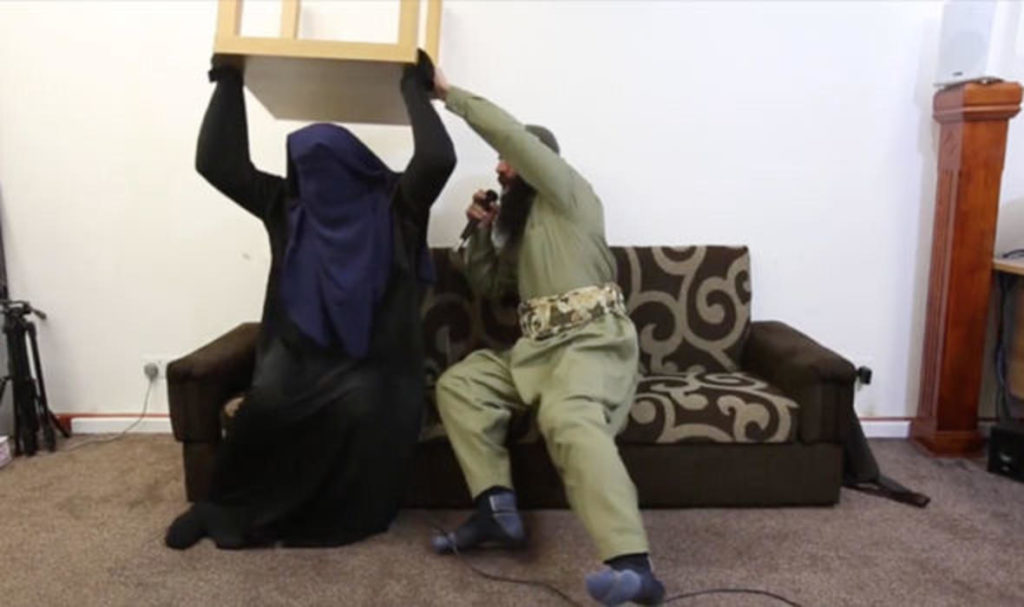 Ross Parry Express The 29-year-old woman sought help claiming the curse was causing her a range of medical problems.      This disturbing video gives...