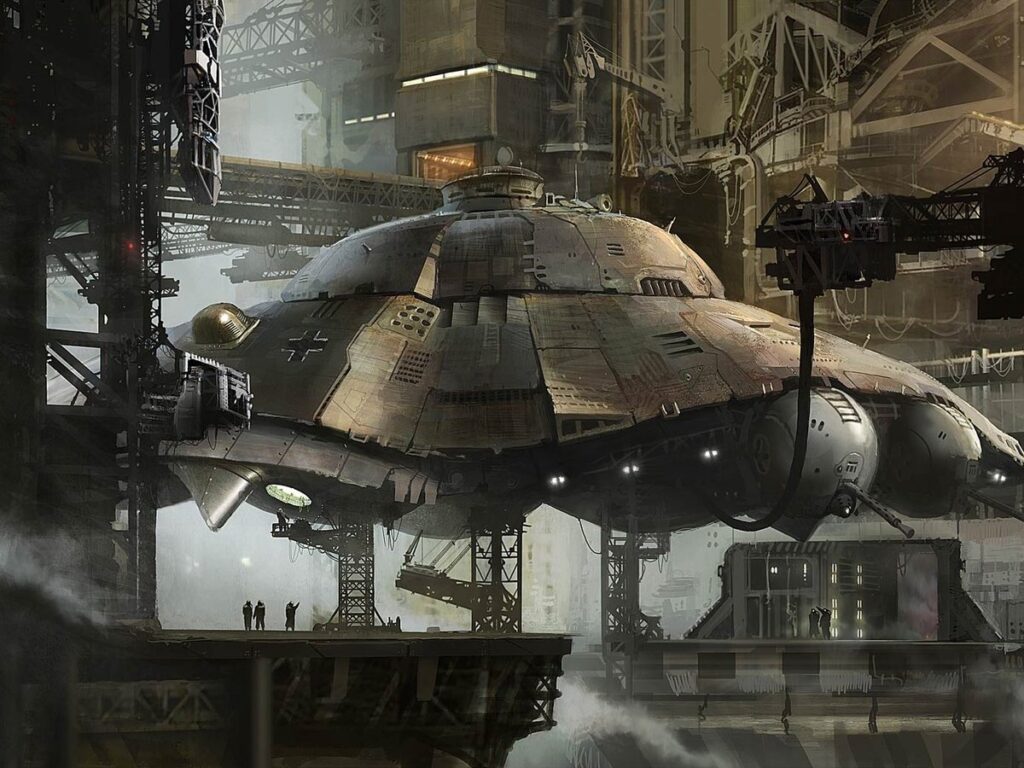 The mystical side of Guglielmo Marconi’s life keeps many mysteries. The meteoric rise, contact with the Martians, cooperation with the fascists, the search for the philosopher’s stone – everything was intertwined in the biography of the genius.

Some time after receiving the Nobel Prize, he went to the front of the First World War as an engineer. He is quickly promoted in service and the end of the war is met by the plenipotentiary of Italy at the Paris Peace Conference.

In the 20s, at the peak of his “earthly” career, Marconi fell more and more into mysticism, thinking about how to establish a connection with alien civilizations. It is believed that the inventor was “infected” with space at the beginning of the century and all his further aspirations were associated with the creation of a signal of such power that it reached Mars, while earthly inventions are just a by-product.

Immersed in science and invention, Marconi worked so hard that he once told the press that he had caught a signal from aliens. The public was seriously alarmed by this news: such statements were taken literally then, and later, when in 1938 American radio listeners listened to a radio play based on the book of H.G. Wells “War of the Worlds” about the invasion of the Martians, the whole country ran to hide in bomb shelters.

Simultaneously with his passion for science, Marconi supported changes in his native Italy, where Benito Mussolini was walking by leaps and bounds towards dictatorship. It was then that Marconi discovered a fiery fascist in himself. This movement was then no less massive than the fascination with the Martians.

Mussolini was not the same rabid racist as his German counterpart with the characteristic mustache. However, Duce considered humans to be weak by definition and perceived them as material for refining. He considered some races more developed, some less, but even the best, in his opinion, lacked something for complete perfection.

And then the fashion for the Martians came in handy. Benito Mussolini believed that if the Italians get in touch with an alien civilization of supermen, they will be able to make a leap in development. Such a chance should not be missed! But in order to connect with higher beings, it was necessary to find someone who could understand how to do this. Just at this moment, fate brings Mussolini and Marconi together.

Science in the service of fascism

The acquaintance of Marconi and Mussolini almost immediately turned the life of the scientist upside down. Duce was inspired by the inventor’s aspirations to change the life of Italy, and in order for the latter to have every opportunity to do this, in 1930 Marconi was appointed president of the Royal Academy.

This immediately opened the doors for him to the Great Fascist Council. His power was so great that the Pope himself annulled, at the request of Marconi, his first marriage and allowed him to marry Countess Maria Cristina Bezzi-Scali.

According to the official version, Marconi received the long-awaited recognition at home for his services, but the conspiracy theorists have their own opinion on this matter, according to which the ability to communicate with the Martians became the key to success at home. In 1933, all the newspapers and idle onlookers discussed an unidentified flying object that had visited several cities in Italy. Everyone agreed that this was a Martian ship.

And Mussolini realized that he was not mistaken in his protégé. After all, who, if not Marconi, summoned extraterrestrial superhumans to endow the Italians with the genome of usefulness and superhumanity?

The belief that aliens would definitely return was so strong that Duce ordered the military, in case the aliens returned, not to shoot at them, but to meet, “give all the best” and take them to the “leaders of the nation” for a meaningful conversation about the future of the world.

Did he know too much?

It seemed that Marconi’s ability to “summon” aliens would guarantee him eternal life, wealth and eternal security as long as the Duce was at the helm of Italy. But in 1934, in the midst of work on a microwave device for sea navigation, he suffered nine heart attacks. The tenth, which happened three years later, became fatal. Mourning was declared in the country.

At the same time, Mussolini, who for a long time disdained cooperation with the Nazis, declares them to be his friends. Italy becomes a member of the Anti-Comintern Pact. According to the version of the conspiracy theorists, it was the Martians who visited his chambers shortly before Marconi died to whisper to enter into an alliance with the Nazis.

There is no point in checking these statements, but the “visit” of the Martians itself could well have caused the death of Marconi, for whom, by the way, the Nazis had their own plans.

According to one version, the Nazis themselves eliminated the inventor by injecting him with a special poison. A man who knew too much and in whose hands was concentrated the power that frightened Mussolini himself, was no less dangerous for the future of Italy than a Martian army with modern weapons.

Speaking of weapons. In 1936, Marconi even allegedly showed a prototype of the “death ray” to Mussolini himself. With his help, the inventor was able to stop the car with his wife Mussolini, who was driving many miles from the place where the installation stood. It is believed that after such a demonstration, Duce ordered Marconi to stop developing, but he went on principle.

According to another version, Guglielmo Marconi did not die at all, but went on a yacht to the shores of South America, settled in Venezuela, and organized a laboratory in the Andes, which recruited 98 scientists from all over Europe. And all of them amicably engaged in the development of spacecraft operating on antigravity, perpetual motion machines and even the search for the philosopher’s stone.

But the “wave weapon” that Marconi allegedly made for Mussolini was even captured by American soldiers. Almost immediately, these devices ended up in the laboratory of Bernard Eastlund, the closest student of Nikola Tesla and a physicist who worked on a contract with the US government.

He did not look for the Martians at the request of Uncle Sam, but he worked on a very specific impulse weapon until his death. How much of his decisions are based on the writings of Marconi is still unknown. Everything that Eastlund created for America is still classified.

In this article:Benito Mussolini, Guglielmo Marconi