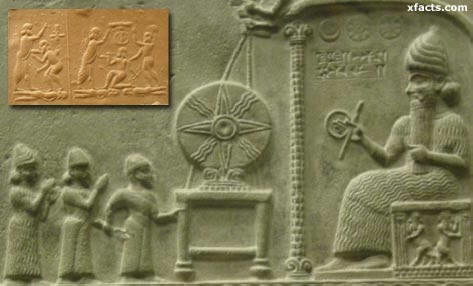 Expert in theology, biblical languages, and world civilizations, Mike Heiser shared his research critique of Zecharia Sitchin’s work. He believes Sitchin has imposed his own narrative on top of various Sumerian terms. Sitchin contends that the Annunaki traveled to Earth from a planet in an elliptical orbit in our solar system, called Nibiru, and then conducted genetic manipulation of hominids to create humans. But according to Heiser’s research, Nibiru is never identified as a planet beyond Pluto, and the idea that the Annunaki come from off-Earth and used rocket technology is simply not in the Sumerian texts.

The Annunaki are referred to as gods in the ancient texts, but Heiser believes they may have been spiritual or metaphysical entities, rather than travelers from outer space, and that there is no evidence of any genetic tinkering. Reviewing Cylinder Seal VA 243, which Sitchin contended showed the planet Nibiru in our solar system, Heiser argued that the central object in the Seal is not a sun but a star, and that the overall depiction is of a constellation, not a solar system.

Mike Heiser received his Ph.D. in Hebrew Bible and ancient Semitic Languages from the University of Wisconsin-Madison. He is currently Academic Editor for Logos Bible Software, a company that creates ancient language research software and digital resources for studying the ancient and biblical world. Mike is a member of the Society of Biblical Literature, the Institute for Biblical Research, the International Organization for Septuagint and Cognate Studies, the American Academy of Religion, and the Evangelical Theological Society. In 2005, Mike was named by Fate Magazine as one of the 100 Most Influential People in Ufology.

The Sumerian language remained in official and literary use in the Akkadian and Babylonian empires, even after the spoken language disappeared from the population; literacy was widespread, and the Sumerian texts that students copied heavily influenced later Babylonian literature.

Sumerian literature has not been handed down to us directly, rather it has been rediscovered through archaeology. Nevertheless, the Akkadians and Babylonians borrowed much from the Sumerian literary heritage, and spread these traditions throughout the Middle East, influencing much of the literature that followed in this region.

Zecharia Sitchin’s series The Earth Chronicles, beginning with The 12th Planet, revolves around Sitchin’s interpretation of ancient Sumerian and Middle Eastern texts, megalithic sites, and artifacts from around the world. He theorizes the gods of old Mesopotamia were actually astronauts from the planet “Nibiru”, which Sitchin claims the Sumerians believed to be a remote “12th planet” (counting the Sun, Moon, and Pluto as planets) associated with the god Marduk. According to Sitchin, Nibiru continues to orbit our sun on a 3,600-year elongated orbit. Sitchin also suggests that the asteroid belt between Mars and Jupiter is the shattered remains of the ancient planet “Tiamat”, which he claims was destroyed in one of Nibiru’s orbits through the solar system. Modern astronomy has found no evidence to support Sitchin’s claims.

Some writers have proposed that intelligent extraterrestrial beings have visited Earth in antiquity or prehistory and made contact with humans. Such visitors are called ancient astronauts or ancient aliens. Proponents suggest that this contact influenced the development of human cultures, technologies and religions. A common variant of the idea is that deities from most, if not all, religions are actually extraterrestrials, and their advanced technologies were wrongly understood by primitive men as evidence of their divine status.

These proposals have been popularized, particularly in the latter half of the 20th century, by writers such as Erich von Däniken, Giorgio A. Tsoukalos, Zecharia Sitchin, Robert K. G. Temple, David Icke and Peter Kolosimo, but the idea that ancient astronauts actually existed is not taken seriously by most academics, and has received little or no credible attention in peer reviewed studies. Ancient astronauts have been widely used as a plot device in science fiction.

In this article:Sumerian Texts, world civilizations 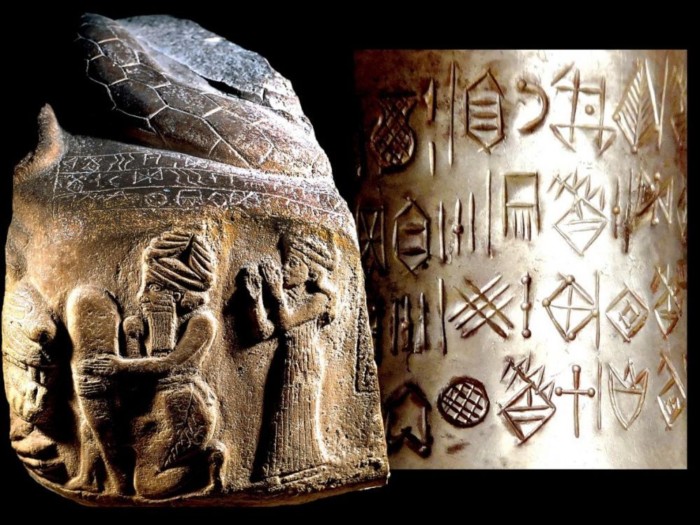 The writing of Elam, a neighbor of Sumer, one of the oldest civilizations on Earth, could not be deciphered to this day. However, the end...