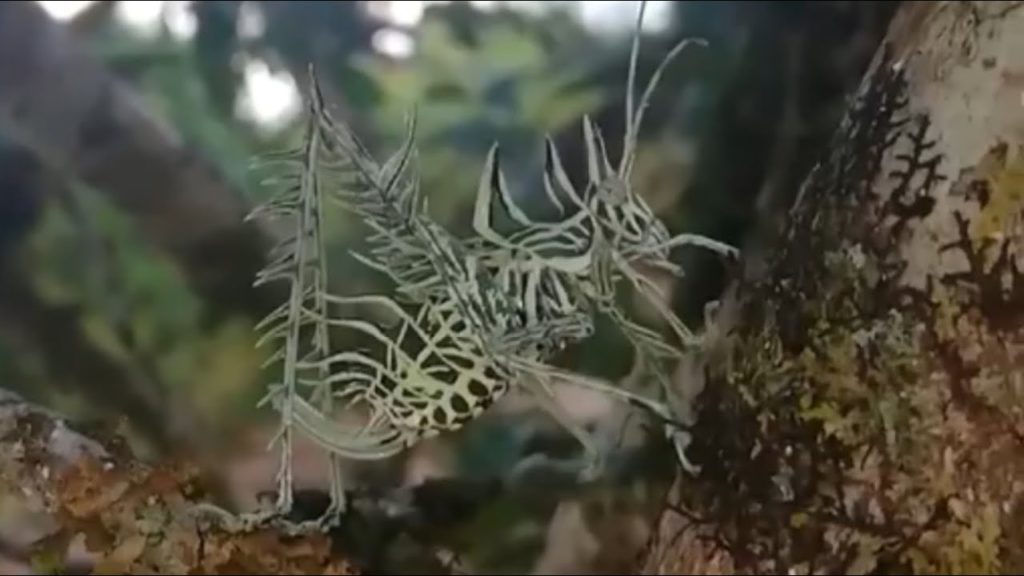 A woman walking through a forest in Costa Rica was scared when she came across a strange stick-like creature hiding on a tree branch.

The video was reportedly shot by Antonieta Mora when she was picking fruit to make juice. Her usual trip to the wilderness took a strange turn when she noticed that something was moving on a tree.

Fortunately, she managed to photograph a strange insect resembling a bunch of spiny branches slowly crawling along a tree branch. Amazed at what she was watching, Mora was surprised that she had never seen anything like it, and “she had lived all her life in the countryside.”

Wondering what creature she encountered, Mora shared her video on a Facebook group dedicated to Costa Rican insects, and soon the secret was solved by one of the experts.

The mysterious bug was a cricket species known as Markia espinachi. The unique wand-like appearance of this creature is actually just a natural camouflage that protects it from predators.

A video has been circulating on social networks for two days and concerns a spectacular UFO sighting that took place on December 17, 2019...