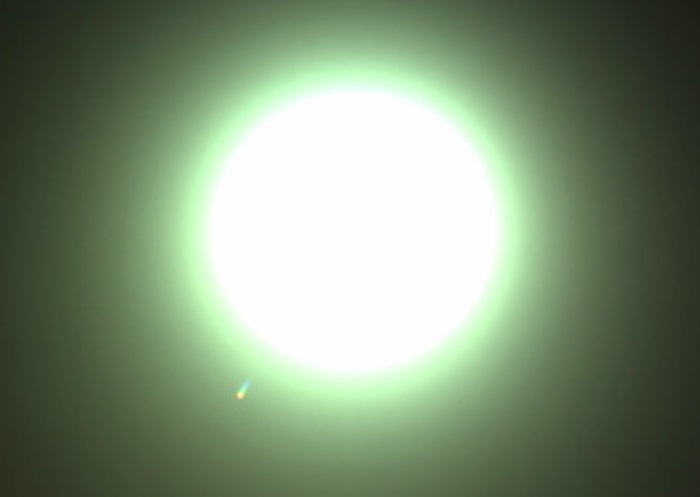 On July 30, 2020 NASA sent to Mars next research mission, the Mars 2020 Mission, including the rover and a helicopter drone. The landing on Mars in the area of ​​the Jezero crater was made on February 18, 2021.

The rover, named “Perseverance” after the competition among schoolchildren, is intended for astrobiological studies of the ancient environment on Mars, the surface of the planet, geological processes and history, including assessing the past habitability of the planet and searching for evidence of life within the available geological materials, as well as collecting samples of Martian soil for their subsequent delivery to Earth as part of the Mars Sample Return mission.

And now, after such a successful landing, the attention of conspiracy theorists around the world, is riveted on Nasa’s new mars rover collecting soil samples and Mars dust. The pictures coming from there are quite strange, contradicting the official stories about the red planet. For example, this panorama of Mars:

If we look at it plainly from a geological aspect, then we see a scattering of relatively small boulders with traces of long-term processing either by water or by the atmosphere. There is some kind of atmosphere, so maybe it polished the stones like that, rounding the corners.

Around the stones, lies something like sand, which seems in abundance. This raises the question: where have you seen this on Earth?

In the presence of an atmosphere, this is impossible in principle. The landscape is either stony or sandy – that is, the sand, moving by the wind, should cover the stones.

Or, there should be rocks nearby, which, when collapsing and crumbling, they replenish the scattering of stones and, along the way, close the valley of stones from the wind. None of this is observed.

In general, there are many oddities there, so the guys from ufosightingshotspot went to the official NASA website to see what else is there, however, what they saw, gave them a bit of a shock:

“Perseverance” was not viewing the Sun through a telescope, it was its left navigation camera (Navcam), so the original image is only 1280 X 960, which is useless to enlarge. Therefore, it is impossible to say what kind of bluish blur over the object it is – it could be something like a dust tail or maybe an artifact. The object itself is the size of Uranus – for Jupiter it is too small.

Perhaps this is one of the satellites of Nibiru, perhaps it is some kind of UFO, which raises further doubts about the true dimensions of the Sun. Perhaps, it’s just NASA joking with nybirologists.

In general, the situation around this rover is becoming ambiguous. Is it possible that the first news of the discovery of Nibiru will come from there?

In this article:mars rover, Nibiru