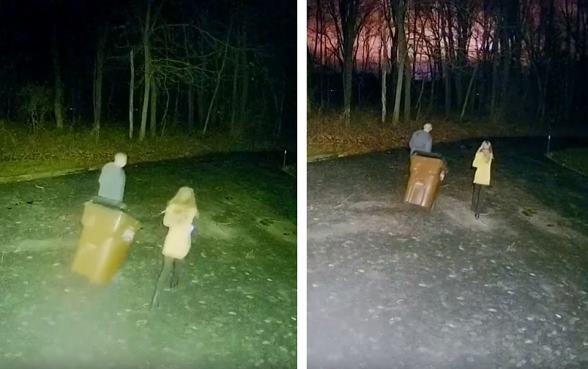 These strange multi-colored flashes in the night sky were shot last Sunday by an outdoor surveillance camera installed on a house in Bethel, Ohio.

The population of the town is only a little more than 2700 people and of course in such a small settlement there are no large stadiums, night clubs with spotlights and other institutions that could theoretically be involved in these bright flashes of light. 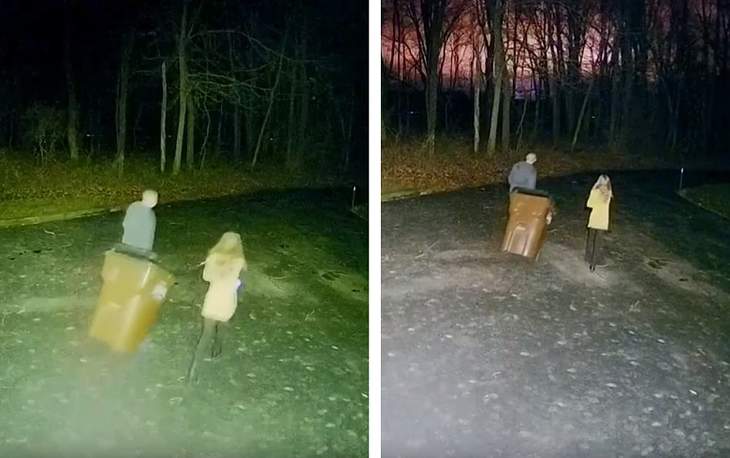 In addition to the camera, outbreaks were personally observed by the owners of the house on which this camera was installed. Tim Walker and his daughter Carolyn took up garbage collection late at night and literally froze in place when they saw colorful flashes that lit up the night sky.

The flashes lasted only a few seconds, and then stopped, but when the father and daughter went further along the road, the night sky again lit up with a bright flash. That is, if this happened intermittently, then this is clearly not a falling meteorite. 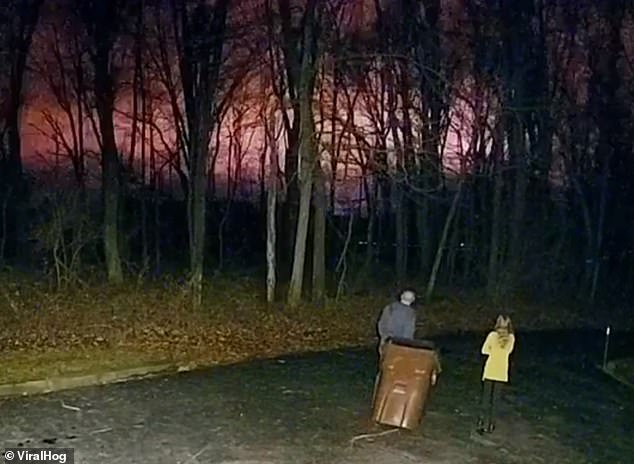 However, no one knows what it could still be , although news of these strange outbreaks soon appeared in many media. None of the logical versions could explain where these reddish-orange-pink-violet flashes came from.

According to Carolyn, at first she thought that something big had exploded there and felt very anxious. However, no loud sounds were heard.

And according to Tim Walker, what he saw reminded him of the explosions of shells that he saw while serving in the army. Except that here all this was completely soundless.

In the following days, reporters asked the local police and the Clermont County Emergency Department, to which the town belongs, but could not explain anything there. Also, nothing is said about whether it could be an accident on power lines or any substation.

In this article:bright flashes, Ohio lights