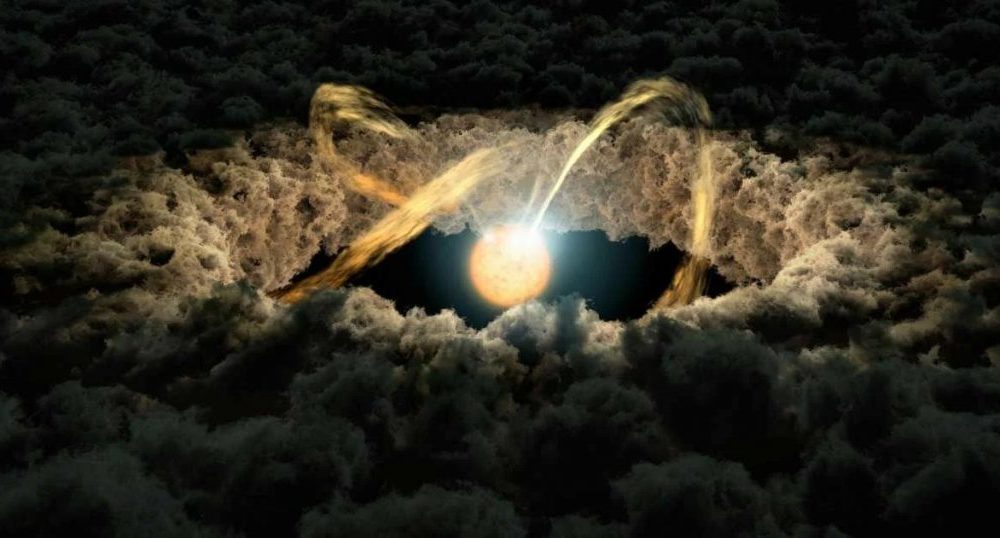 As you know, stars die in one of two ways: they either slowly evolve into white dwarfs or explode in supernovae.

Observing medium-sized stars, which should die in one of two ways, astronomers recorded how some of them instantly disappeared from the night sky, and after some time appeared again.

These strange flashing lights may be an unknown cosmic anomaly or “communication lasers.” Astronomers do not deny that before us there can be evidence of the activity of intelligent aliens.

It turned out that similar anomalies are present in images taken in the 50s of the last century. After that, the mysterious lights generally disappeared as a phenomenon and did not appear on the pictures until recently.

The “hunters” were able to detect only 100 lights appearing and disappearing in the night sky over the past 70 years.

“When studying an unknown phenomenon, we are guided not only by modern astrophysics, but also admit that we have witnessed the activities of technologically advanced civilizations,” the authors of the study wrote.

Note that the team of scientists did not find direct evidence linking the mysterious lights with extraterrestrial intelligence, but their scientific publication implies this possibility.

“We observed how light sources, like stars, suddenly disappeared or appeared out of nowhere! It may be some unique cosmic phenomenon or something more exotic, ”said Beatrice Villarroel, research director.

Currently, the authors of the study are expanding the project and are inviting amateur astronomers to participate. In addition, artificial intelligence will be engaged in the study of fresh images, which will speed up the process at times. The truth is somewhere near…