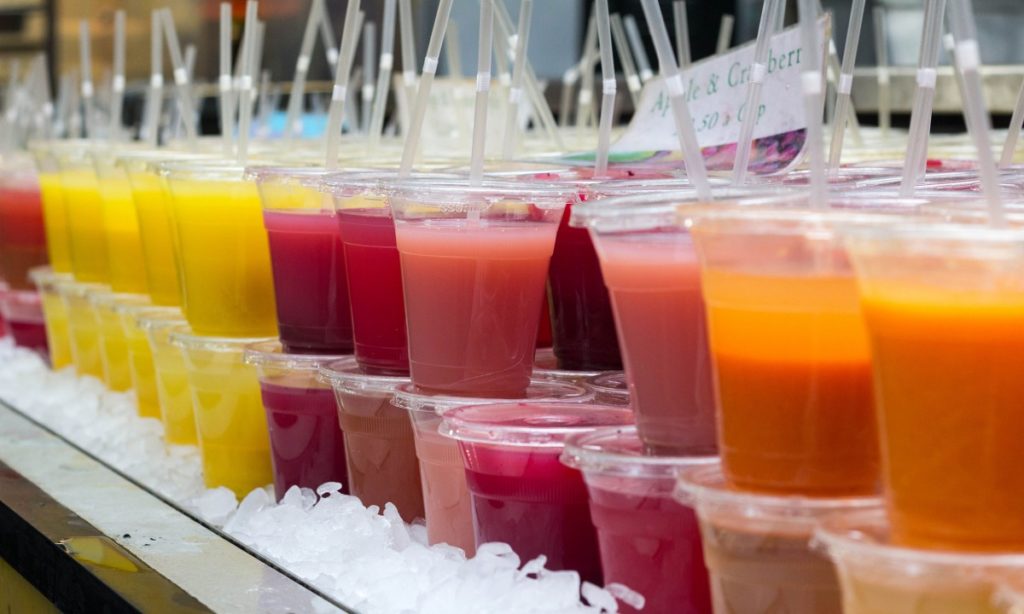 Mrs. G. came to our offices for her first visit distraught. Her primary-care doctor had just diagnosed her with diabetes, and she was here for advice. She was shocked by the diagnosis. She had always been overweight and had relatives with diabetes, but she believed she lived a healthy lifestyle.

One of the habits that she identified as healthy was drinking freshly squeezed juice, which she saw as a virtuous food, every day. We asked her to stop drinking juice entirely. She left the office somewhat unconvinced, but after three months of cutting out the juice and making some changes to her diet, her diabetes was under control without the need for insulin.

Mrs. G. is not an uncommon patient. As diabetes specialists, we see patients like her all the time, who for one reason or another believe that juice is a health food. The truth is that fruit juice, even if it is freshly pressed, 100 percent juice, is little more than sugar water.

Yet many Americans believe that juice is good for them. In one survey of parents of young children, 1 in 3 believed that juice was at least as healthy as fruit. We are inundated with the message that juice is healthy. Juice bars abound in gyms, spas and health food stores, while government programs supply large quantities of juice to low-income children and pregnant mothers.

The commercial juice industry is happy to take advantage of this idea, as with POM Wonderful’s tagline “Drink to your health” or Juicy Juice’s labels extolling the (mostly added) 120 percent of recommended daily vitamin C in the products. While the Internet is busy laughing at the Juicero juicing system — in which, it turns out, your hands work as well as the $400 WiFi-enabled machine — what people should really be talking about is a much simpler fact: The product takes healthy fruits and vegetables and makes them much less healthy.

At first glance, it is reasonable to think that juice has health benefits. Whole fruit is healthy, and juice comes from fruit, so it must be healthy, too. But when you make juice, you leave some of the most wholesome parts of the fruit behind. The skin on an apple, the seeds in raspberries and the membranes that hold orange segments together — they are all good for you. That is where most of the fiber, as well as many of the antioxidants, phytonutrients, vitamins and minerals are hiding. Fiber is good for your gut; it fills you up and slows the absorption of the sugars you eat, resulting in smaller spikes in insulin. When your body can no longer keep up with your need for insulin, Type 2 diabetes can develop.

Finally, when you drink your calories instead of eating them, your brain doesn’t get the same “I’m full” signal that it does from solid food, even though you wind up consuming far more calories in the process. Whereas an orange may contain 45 calories, an eight-ounce glass of orange juice contains 110 calories, and a large kale, banana and orange juice blend at a leading juice chain contains 380 calories. We always counsel patients to chew their food; people tend to overconsume liquid calories.

In addition, you might feel full immediately after drinking a glass of juice or a fresh smoothie, but that sensation goes away quickly as the liquid quickly empties out of your stomach, and many of those calories you just drank don’t get counted in your body’s internal calorie counter contributing to that bulging waistline the gym was supposed to help fix. When researchers gave adults an apple to eat — either as a whole fruit, fresh applesauce, apple juice or apple juice with the fiber added back — followed 15 minutes later by a meal, on the day they ate the apple, they ate fewer calories at the meal than if they consumed the same number of calories from applesauce or apple juice. The chewing really counts.

Our perception of juice needs a radical makeover, starting with our kids. Juice comes in easy, single-serving, shelf-stable packages that parents don’t hesitate to give to kids anywhere. Yet children don’t need juice for nutritional purposes, and most juice boxes contain more than the 4-to-6-ounce maximum recommended by the American Academy of Pediatrics for daily consumption by kids under 6. In fact, kids who drink juice regularly are shorter and heavier than those who rarely drink juice, probably because they consume less milk, something young children do need for healthy growth.

The perception that juice is good for kids comes in part from the Special Supplemental Nutrition Program for Women, Infants, and Children, better known as WIC, which provides food assistance to 25 percent of all pregnant women and half of all children in the United States at some point in their first five years of life. While the program has helped to improve birth outcomes and cognitive development in participants, it needs some revision. WIC supplies a very narrow range of foods deemed healthy for pregnant women and growing children. This includes healthy staples such as milk and eggs but also, surprisingly, a gallon of juice per month. When the program started in the 1970s, there was no obesity epidemic, and undernutrition was a major concern. In that context, giving juice rather than fresh fruits and vegetables — which didn’t have the year-round availability they do now — may have made sense. Today, it just feeds the false perception that juice is a healthy choice.

So what can we do to start fixing this problem? First, recognize juice for what it is: a treat. It doesn’t belong at your breakfast table or in your post-workout routine. Next, get juice out of your children’s lives. Ditch the juice boxes in favor of water or shelf-stable milk boxes. Not only does milk contain about a third of the sugar of juice, it’s also a great source of the protein, calcium, vitamin D and magnesium that growing kids need. Make sure that their day care or after-school program is following current guidelines and serving only milk or water. Finally, the National Academies recently released recommendations for revisions to WIC, including a lower juice allowance. Write the Department of Agriculture and let officials know that you support the reduction or elimination of juice in the WIC program.

While we can’t solve the diabetes and obesity epidemics with any one move, rebranding juice from a health food to a treat would be a major step in the right direction.

In this article:juices, vitamin C