Italians are flocking to pray to a Virgin Mary statue after a child spotted it “crying tears of blood”. The incident was reported from Paolino Arnesano Square in the small town of Carmiano, Lecce.

The “Weeping Blood” statue of the Virgin Mary in Piazza Paolino Arnesano in Carmiano, Italy, attracted crowds of religious people who came to see the miracle:

Carmiano is a small town in the province of Lecce, but after people learned about the miracle, the whole city first came to see it, and now many pilgrims from other cities arrived.

Riccardo Calabrese, a priest of the Church of Sant Antoni Abate, said it was unclear if the incident was “a miracle, the result of warm weather at the moment, or worst of all, someone’s joke.”

“All the time I was next to the statue, I saw a procession of people who, out of curiosity or faith, left their homes to gather there. I saw children, teenagers, adults, and elderly people meeting at our beloved Virgin Mary statue, and they all looked up at her face,” Calabrese was quoted as saying by The Sun.

The local newspaper Repubblica reported that the Bishop of Lecce announced that the church would conduct a thorough investigation of the incident.

Organizing all sorts of “miracles” is a traditional family business for priests: they constantly announce crying icons and statues, or some other miracles. Therefore, there is no trust in them – especially if, to calm the public, they declare the incident a joke or write off everything as a result of a heat wave. Now times have changed and if earlier the priests organized “miracles” to control the sheep, now they explain the miracles “scientifically” so that the flock would not worry.

Carmiano is not just a town, but a town that has developed around a Christian commune. We do not know the details of the doctrine of this commune, but, as Wikipedia writes, the Dormition of the Most Holy Theotokos is considered a special holiday for the local community, which falls on August 15 among Catholics. And it must have coincided that just on the eve of the holiday, among the many statues, it was the statue of the Virgin Mary that wept.

There are no such coincidences in nature and it is absolutely unambiguous about a miracle, or more precisely, we are talking about a sign, a horrible sign.

In this article:Carmiano, Virgin Mary 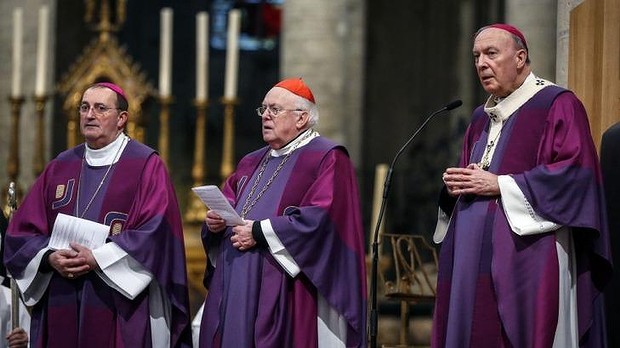