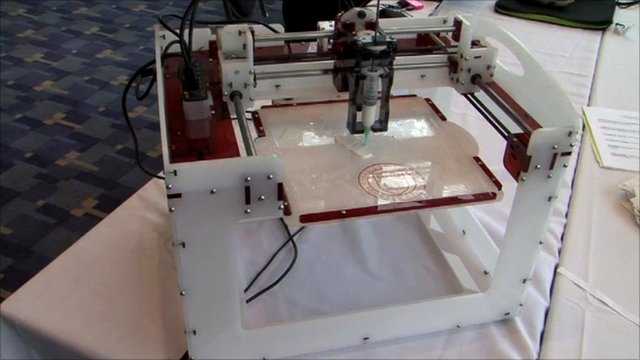 When you buy some beef at the butcher’s, you know it comes from cattle that once mooed and chewed.
But imagine if this cut of meat, just perfect for your Sunday dinner, had been made from scratch – without slaughtering any animal.
US start-up Modern Meadow believes it can do just that – by making artificial raw meat using a 3D bioprinter.
Peter Thiel, one of Silicon Valley’s most prominent venture capitalists, Paypal co-founder and early Facebook investor, has just backed the company with $350,000 (£218,000).
Set up by father-son team Gabor and Andras Forgacs, the start-up wants to take 3D printingto a whole new level.

For three-dimensional printing, solid objects are made from a digital model. It’s also known as additive manufacturing: to make the structure tiny droplets are “printed” – layer by layer – via a carefully controlled inkjet nozzle.
After several days the bioink fuses and the agarose support is removed. The tissue is put into a bioreactor and given low frequency stimulation to mature the muscle fibres.
The principle has been around for more than a decade, and is already used successfully to create jewellery, toys, furniture, cars, and even – most recently – parts of a gun.
Some researchers have also managed to print food like chocolate.
But Prof Gabor Forgacs, of the University of Missouri, says bioprinting something that is part of a living creature is much more challenging than making an earring or a chocolate bar.
“We are printing live material – [the] cells are alive when we are printing them,” he says.
“Three-dimensional printing has taken off big time, and printing things such as whipped cream is just another application of it – but it’s no big deal.
“Printing biomaterial is an entirely different ball game.”
Prof Forgacs says that he and his team have already managed to produce a prototype, but it is not yet suitable for consumption.
Regenerative medicine To bioengineer meat, the scientists first get stem cells or other specialised cells from an animal via a common procedure known as biopsy.
Stem cells are cells able to replicate themselves many times, and also can turn into other specialised cells. Once the cells multiplied to sufficient numbers, they are put into a bio-cartridge.
So instead of traditional ink or a material like plastic, the 3D printer cartridge contains something called bioink made of hundreds of thousands of live cells.
Once printed in the desired shape, the bioink particles naturally fuse to form living tissue. 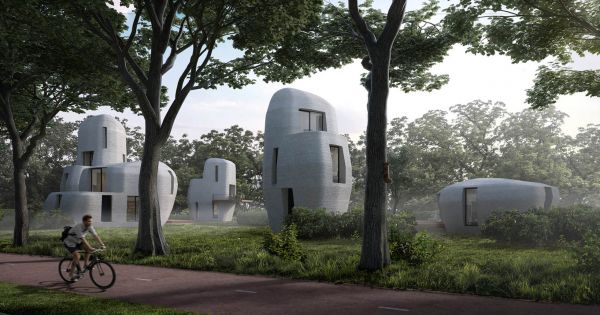 A Dutch City Is 3D Printing The First Habitable Houses

As a kid, you probably heard the story of the three little pigs. To recap the tale: Three pigs build homes out of straw,... 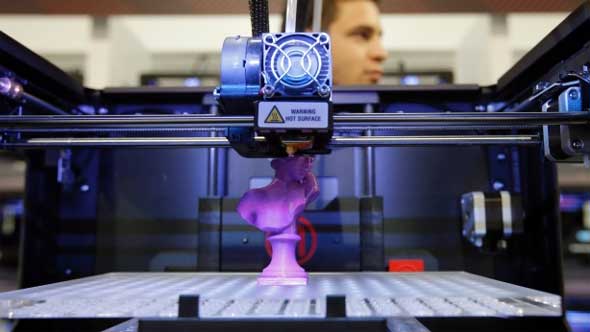 3D printing: What is it, and how does it work?

Three-dimensional printers were all over the news this week, from a plastic printable gun to a live-saving medical device. Here’s a roundup of 3D...