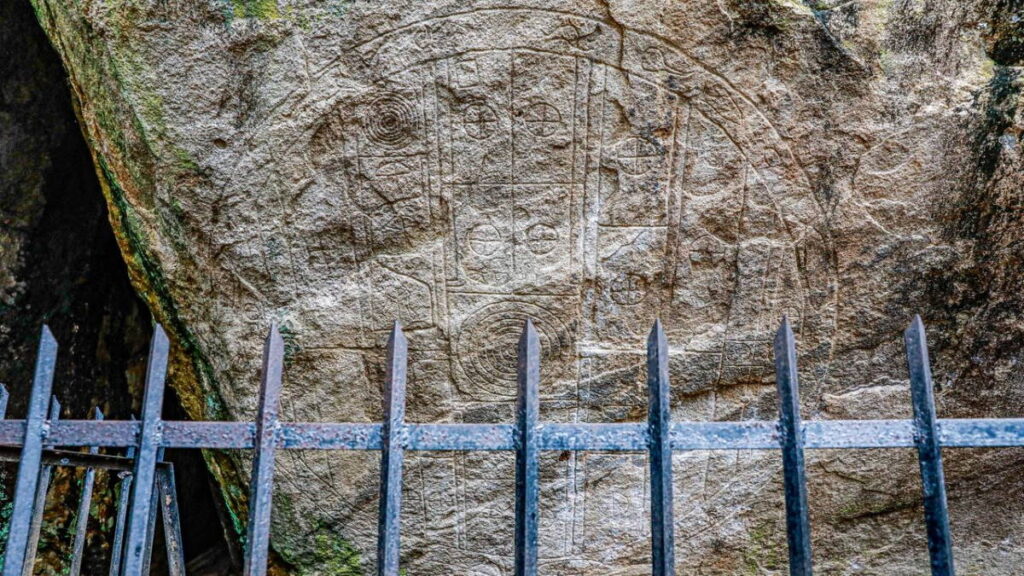 For many years, the minds of people around the world have been haunted by a mysterious image on a rock in the ancient city of Anuradhapura in Sri Lanka. Some see the intricate scheme as something like a key to a stargate, through which aliens supposedly came to Earth to mine gold.

Scientists are skeptical about such assumptions. The problems with defining the functions of the ancient drawing are understandable. Not a single mention of this object has come down to our times. If Buddhist monks have anything tangible, they remain silent.

Archeology professor Raj Somadeva from the University of Kelaniya told the BBC about the possible purpose of the circular diagram and the seating and contemplation in front of it. According to the scientist, nothing archeologically confirms the version of some star gates.

Most likely, the image on the rock is an ancient map of the Universe, as seen by the ancestors of today’s humanity. As early as 250 BC. the people of Sri Lanka had their own clear ideas about how the world works. They gave names to the stars, records of an “endless universe” were discovered.

“This suggests that the person who carved it had a very good understanding of the nature of the universe in which he lived,” notes Raj Somadeva.

Another possible purpose of the drawing is schematic of a large-scale complex of buildings that have not survived to our times. However, such hypotheses of scientists do not prevent many ordinary people from looking for parallels between the “stargate” from Sri Lanka and other similar architectural objects on earth.

In their opinion, all these findings may testify to a highly developed civilization in the daytime, which coexisted with ours at the dawn of mankind’s formation.

Advertisement. Scroll to continue reading.
In this article:Stargate In Sri Lanka, universe