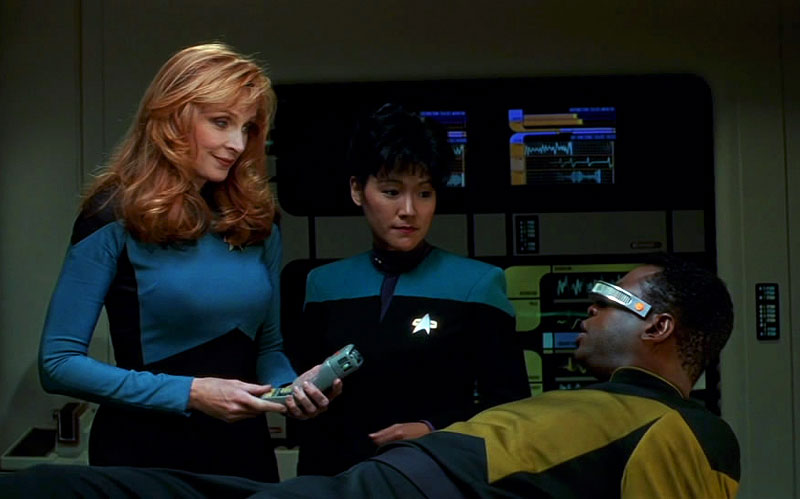 Many fiction movies today are inspired by science and technological advancements around them. But is this always the case? Not if you consider how a number of fiction movies, specifically Sci-Fi, have inspired the world of science and encouraged our capacity for innovation.

Sci-Fi movies have predicted and shaped our lives more than you could imagine. Yet, one series seemed to have stood out just by the sheer number of ways it keeps inspiring our innovations even today – that series is Star Trek.

A lot of things predicted in this movie have been created, with many more underway.

Perhaps the most outstanding of these predictions have to do with the world of medicines and how we treat illnesses.

When the original series of Star Trek began in September 1966, a whole lot of people were marveled by the bold predictions. Many were inspired and many more found the ideas preposterous.

Just as was announced in its voice-over introduction, it was clear that this series would challenge man “to explore strange new worlds, to seek out new life and new civilizations, to boldly go where no man has gone before.”

Now, humans have taken giant leaps within the last few decades to bring us the technological advancements that we now enjoy freely today.

To understand how ridiculous these ideas sounded when the original series was produced, remember that its first episode was aired in 1966.

The story was set somewhere in the Milky Way Galaxy towards the close of the 23rd century. A group of scientists in a spaceship went out to explore the galaxy and discover more about things around them.

A lot of technologies displayed in the series were simply stunning for the average mind. Even the high-class literate people such as doctors and professors were wowed by these technologies.

Star Trek would go on to become the most inspiring series in the world of medicine and would herald the birth of remarkable advancements today.

For example, in Star Trek, one of the most controversial devices featured was the Tricorder.

The Tricorder, an abbreviation of “TRI-function reCORDER”, is a device with a sensor scanner which helps in scanning, analyzing and recording data. It comes in three major variants, even though there are a few others for special use.

There is the standard, general-purpose tricorder that is used for scouting areas that are unfamiliar, examining living things and recording technical data.

No cuts, no lacerations – just advanced technology packaged into a portable, hand-held device!

Imagine a device available to everyday consumers, with which you can perform self-diagnosis of a number of medical seconds and even take a few basic vital measurements, all within seconds.

That was the marvel that Star Trek displayed to the world. While it seemed really impossible then, we are getting closer to this actualization by the day.

Already we now have CT scans, MRIs and ultrasounds. These are non-invasive technologies that help discover things going on in the body without having to cut the organs open.

These would have sounded like fantasy back when Star Trek was released.

But we didn’t stop there. Note that there have been many scanners in the past which usually focused on diagnosing one condition or take specific health measurements.

But, just like the medical tricorder, this was expected to cover more grounds.

With the help of Qualcomm, a global competition known as X Prize was launched in 2012 with the singular aim to create a device that looks as much like the medical tricorder as possible.

The inducement prize was $10,000,000! As you would expect, hundreds of companies from 30 countries took on the challenge.

The device that was to be built should be lightweight, portable, handheld, non-invasive and able to diagnose up to 13 medical conditions, ranging from sore throat to colon cancer.

Then, the final product would be tested on 30 people with the conditions within 3 days. This competition spurred innovation in a way that was unprecedented. The diagnosis was expected to be generated within 24 hours.

At the end, a team called the Final Frontier Medical Device finally emerged victorious when they built DxtER.

This device is built on a complex, custom-built AI that allows it to successfully up to 34 conditions long before the 24 hours elapses.

With the development, we can expect to be able to get this marvelous device for around $500 soon. Now, the Tricorder is closer to us than ever!

One of the most remarkable devices shown on Star Trek is Geordi’s VISOR. The VISOR is an acronym for Visual Instrument and Sensory Organ Replacement.

Because Geordi LaForge was born blind, he had to rely on this device to “see”.

This device sends visual signals straight to his brain, helping him see all the electromagnetic spectrum.

This would have looked pretty far-fetched to the people of that time, but now we have devices that are capable of something similar.

In 2005, some scientists from Stanford University developed a chip that can be implanted at the back of the retinas of blind patients.

Patients with this implant would wear a pair of glasses equipped with a special camera.

The image captured by the camera is then transmitted to the chip, which would then go through the process of passing the signal to the visual cortex of the brain.

While the result might not produce perfect 20/20 eyesight, it is good enough to move around without the need of a walking stick.

An even more recent device was the one created in Israel by a team of scientists led by Hebrew University of Jerusalem’s Dr. Amir Amedi.

This device gathers the visual data and translates it to sound, which is then fed into the visual cortex to trigger different parts of the brain.

This is so remarkable that blind patients can “see” objects, people, postures and even written words.

Not many people love getting needles inserted into their body during vaccination or plain medical injection.

No one ever likes the feeling, but it was seen as a necessary evil. Then Star Trek showed us hypospray. The job of this device is to replace needles entirely.

It works by pushing the fluid straight into your skin in under a millisecond, without the need of a needle.

This is possible because of how fast the pressure pushes the liquid (a stunning 340 meters per second) and how thin the ampoule is (as thin as a mosquito’s proboscis).

Admittedly, the hypospray works on a technology that isn’t so new. In fact, it is older than Star Trek.

The technology is called jet injection. However, all the devices that tried implementing the technology in the past lacked fine control.

Now, the MIT injector has solved that problem and stands a chance of finally replacing our needle and syringe. Not only is it faster and safer; it is also less painful.

One other medical advancement to be noticed in Star Trek is the sickbay. This sickbay is way ahead of the sickbays that could be found in the 60s.

From this bed, it is easy to diagnose illnesses with the aid of machines.

Now, such advancements are now real. A sickbay has been unveiled at a British hospital, which uses outstanding technologies that could only be described as space-age to diagnose a wide range of diseases and health conditions, from stomach ache to cancer.

This works in a non-invasive way by gathering data based on the sight, smell, and feel of the condition for analysis and diagnosis. It even has equipment that would be very useful as a probe on a mission to Mars. Talk about Star Trek happening in real life!

While these are more directly relevant in the medical world, there are even more technologies that were inspired by the movie. The handheld communicators inspired the flip phones. In fact, in 1996, Motorola named the first flip phone “StarTAC.”

The same can be said of the touch-based control panels called PADDs (personal access display devices). They would later inspire our iPads today. Also, remember the giant silver earpiece worn by Uhura while sitting at the communications station. This is a clear inspiration for today’s Bluetooth earpiece.

Now, the question is how this one series could inspire us so many and shape the world of medicine and technology as a whole. In fact, it remains one of the most culturally-influential media franchises till date. Some would be suspect that this might have been inspired by some alien technology not disclosed to the public.

While we can’t prove this, one thing is certain: The mind behind this series will continue to inspire our advancements in science, medicine, and technology for a long time.

In this article:featured, Sci-Fi, Star Trek