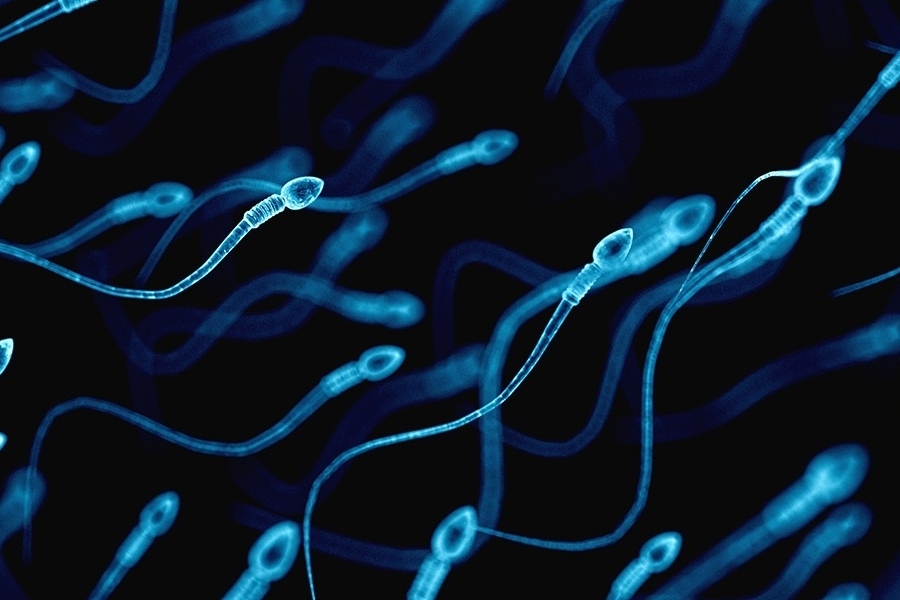 Reproductive health has changed in a strange way over the past 45 years, with men having more than halved their sperm count. The rate at which spermatozoa disappear is accelerating.

This conclusion was reached by the Israeli epidemiologist Hagai Levine, who conducted a large-scale meta-analysis of data from tens of thousands of men from different parts of the world. Including people from Asia and Africa.

“The problem is serious, and the trend is alarming,” the researchers scare. – The steady decline in sperm quality threatens the survival of humanity as a species.

Earlier similar studies had a smaller sample and were conducted in North America, Europe and Australia. The new work affected the whole world. It included data from more than 57,000 men from 53 countries, collected since 1973.

The analysis confirmed previous findings that sperm counts had halved in 40 years. Concentration on average decreased from 101.2 million to 49 million per milliliter of semen – that is, by 51%, as Levine measured.

“Moreover, evidence suggests that this global decline continues at an accelerated pace into the 21st century. Sperm counts are dropping 1.1% per year,” according to a study published in the journal Human Reproduction Update.

Scientists admit that they cannot say with absolute certainty why this happens. Among the assumptions, exposure to environmental pollution, ubiquitous plastic, modern medicines, bad habits, unhealthy lifestyles and diets can all be factors in the decline of men’s reproductive opportunities. Although the consequences are also still poorly understood.

The way to salvation lies through the stomach?

Dutch scientists from the Radboud University of Nijmegen, led by Régine Steegers- Theunissen, conducted experiments that demonstrated that beer and an appropriate snack can improve the quality and quantity of sperm.

This is one of the first studies confirming the fact that sperm can be improved through nutrition and speaks with enthusiasm about the research of colleagues Lynn Wallock from the University of Auckland.

Régine’s results are as follows: for 26 weeks, those men who took folic acid – vitamin B9 – in combination with zinc, the number of healthy spermatozoa increased by 74 percent.

Beer is rich in vitamin B9, oysters, shrimp and crabs are rich in zinc. Beer with crayfish is generally a classic and also useful combination.

Just in case, scientists nevertheless warn: those who are predisposed to alcoholism, as well as people who are at risk of developing cancer, should not get carried away with beer preventive exercises.

Get the cell phones out of your pockets!

There is evidence that shows that even silent mobile phones spoil sperm. Especially if you wear them in your pants pocket or on your belt – that is, close to the reproductive organs. As a result of irradiation, the semen becomes one third less spermatozoa.

Hungarian professor Dr Imre Fejes of the University of Szeged blamed mobile communications almost 20 years ago, citing his research. So far, no one has refuted his claims.

The scientist analyzed the sperm of 221 men for 13 months and found a clear decrease in the ability to fertilize in those who talk on cell phones, and wears them on their belts or in their trouser pockets.

Allan Pacey, a professor of andrology at Sheffield University, once involved 500 male volunteers in his experiments, he monitored them for more than a year, assessing the quality of their sperm.

It turned out that in men who sleep naked, the quality of sperm actually increases. It becomes 25 percent better, in terms of the number of spermatozoa and the speed of their movement, than those who sleep in shorts, especially in tight ones.

A secondary conclusion follows from the main scientific conclusion. It is obvious that tight underpants have a detrimental effect on sperm, and therefore on male reproductive function. They affect the fact that they contribute to the overheating of the testicles.

The vast majority of men who are not aware of the processes of thermoregulation continue to wear the “wrong” underpants.

Advertisement. Scroll to continue reading.
In this article:reproduction, spermatozoa