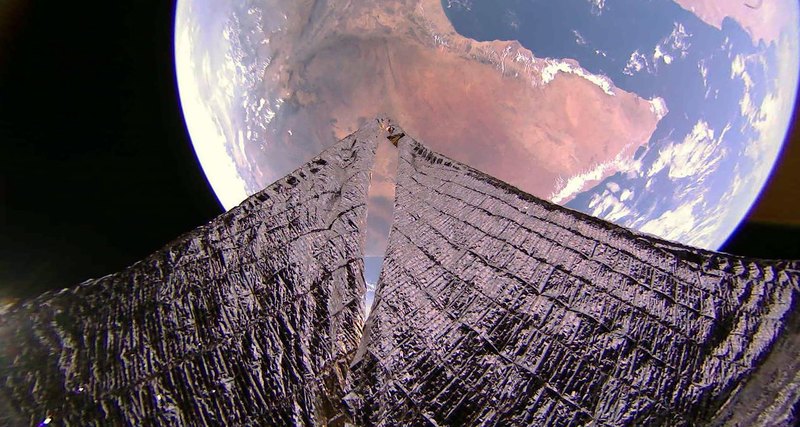 LightSail 2 is a project of the Planetary Society; It was launched in June 2019 with the SpaceX Falcon Heavy booster rocket. Unlike other spacecraft, the solar sailboat does not rely on traditional rocket engines – it uses solar energy.

The device has been operating in Earth orbit for about eight months; all in all, its mission should last about a year. According to experts who studied the work of LightSail 2, the design of a space sailboat with solar panels on only one side caused a number of technical problems, so in their opinion, future similar vehicles should have solar panels on both, Space.com reports.

The Planetary Society showed several images taken by the LightSail 2 camera. The solar sail of the apparatus is partially visible on them (in general, the sail area is about 32 square meters), and our planet is also visible.

In this article:LightSail 2, Solar Energy