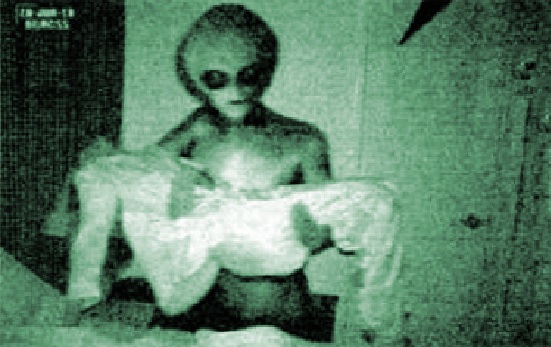 THE WAY David M. Jacobs sees it, aliens from outer space have been kidnapping humans for aeons and sexually molesting them to create human-alien hybrids that walk among us today undetected and will soon take over Earth.

He knows that sounds crazy.

But he long ago quit caring what people think of him. As director of the International Center for Abduction Research, Jacobs, 71, has made it his life’s mission to investigate claims of extraterrestrial abduction.

“What I’m doing will either be an interesting but nonessential footnote to popular culture or the most important thing that’s ever happened to humankind. I see it as the latter,” said Jacobs, who’s now working on his fifth book, tentatively titled The New People.

While most people might write off UFO believers as deluded, conspiracy-theorist kooks, Jacobs isn’t your typical believer.

He was a tenured professor at Temple University, where he taught American history for 36 years before retiring in 2011. He’s a married father of two who lives in a picturesque, 134-year-old Victorian just over the Philadelphia line, in Wyndmoor. He makes his case with well-reasoned, articulate explanations and applies a scholarly approach to his research, which he has shared in four books – printed by well-known and academic publishers.

Jacobs has interviewed about 150 people who say they’ve been abducted by aliens, the forgotten details of their cosmic kidnappings resurfacing in relaxation sessions the self-taught hypnotist does in his home.

Citing public polls, he estimates that aliens have abducted more than a million Americans.

He readily admits that the evidence of extraterrestrial life and body-snatching is “weak,” muddied by an abundance of blurry photos and confabulation (phony or misinterpreted “memories”).

Yet he insists evidence exists:

* Abductees independently report similar experiences and recall common details, such as the humanlike or insectlike appearance of aliens and their mission to breed.

Many abductees told Jacobs that aliens stared deeply into their eyes, sometimes touching foreheads, in a neurological scan that enabled them to harvest human sperm and eggs. Women frequently claimed that aliens impregnated them, removed the alien-human hybrid fetuses from their wombs and forced the women to nurse the hybrid babies.

* People are physically absent during the time they say they were abducted, Jacobs said. Some families even have reported loved ones missing or seen them vanish, he added.

* Abductees sometimes are taken in groups; strangers who never met on Earth recall each other from their deep-space experiences, Jacobs said.

* People return with unusual marks, injuries or scars – including scar tissue that formed overnight, “a biological impossibility that I have seen myself,” he said.

“I knew that it was embarrassing to the university,” he said, remembering one Temple donor who threatened to end his charity unless Jacobs quit teaching his UFO class, the only one like it in the country.

But he didn’t quit. Still, his beliefs carried a cost: Tenured in 1981, he said he was twice rejected for promotion and never became a full professor at Temple.

“I was not rewarded for my views,” Jacobs said. “But you do not often find yourself in the middle of a phenomenon that allows you to make a contribution to something that could be of unsurpassing importance in human history.”

On the skeptical side

Shermer interviewed Jacobs for his weekly NPR show, shortly after Jacobs’ 1999 book, The Threat, was published. Shermer said Jacobs “spoke like an academic” but that his beliefs are rooted in his “circular, impenetrable argument” that sneaky aliens have lulled skeptics into disbelief and complacency.

William Hartmann, a senior scientist at the Arizona-based Planetary Science Institute, described Jacobs’ methods as concerning: “Dr. Jacobs’ website describes ‘alien abduction’ reports extracted under hypnosis, but my sense is that most of the scientific community gives little credence to reports coming from hypnosis,” Hartmann said.

Hartmann said he and other scientists examined “photo evidence” of UFOs as members of the U.S. Air Force’s “Condon Committee” in the late 1960s.

“I went in hoping to find real evidence of some extraordinary phenomena, but I came out feeling we had no convincing evidence we could take back to Congress or the USAF or public, and that the sociology of the UFO phenomenon was much more interesting than any actual physical evidence like the alleged photos,” he said.

The SETI Institute is a private, nonprofit science group based in California that searches for signs of extraterrestrial life. But a spokesman declined to comment on Jacobs or the possibility of aliens on Earth, saying that SETI hunts for signs of alien life in deep space, not here.

Jacobs himself says he has never seen a UFO nor been abducted by aliens. “I’ve never been to Japan either, but that doesn’t mean Japan doesn’t exist,” he said.

He remains undaunted by skeptics. He has been a believer since he first began researching extraterrestrial life in 1970.

As a college student, he read about aliens and UFOs “for R&R” – but became entranced when he thought: “This could be real,” he said.

At the University of Wisconsin-Madison, he switched his doctoral dissertation from the portrayal of women in pre-1915 films to the UFO controversy in America.

He began focusing on alien abductions in the 1980s and vows to continue that research even as it terrifies him more each day.

“I used to think it was the most amazing, wowee, gee-whiz thing,” Jacobs said. “But the more I learn about it, the more I fear it, the more I don’t want to have anything to do with it.”

That’s because he suspects that aliens are intent upon planetary domination, as humans remain mired in ignorance and denial.