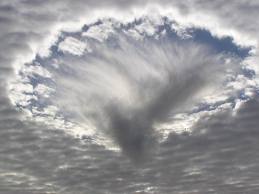 My sources are VERY high up.  Some are scientists – world’s foremost authorities in their fields; and military folk who can no longer keep silent. I am told there is a terrible deception being perpetrated.

There is a network of arrays stationed all over the world. These ‘arrays’ use ‘sound’ frequency. Like Microwave (very high frequency) can be used to cook food very quickly; ELF waves (Extremely Low Frequency sound waves) can be used in other ways. It is a technology that is known in America as HAARP. The installations around the world have their own names.

The deception’s message is this…

They are NOT ALIENS FROM OUTER SPACE!!!!

The message the ‘disembodied spirits’ are here to deliver is…

These Aliens… these disembodied spirits even refer to themselves as ‘fallen angels’ and ‘demons.’

The strange sounds we are hearing are being uploaded by commissioned HAARP-type arrays to specific types of SAC satellites, strategically placed all around the world. The sounds are also ‘bounced’ off the ionosphere that has been purposefully fortified with resonant, incandescent materials by aircraft; designated by the UN and carried out by consenting nations’ in the form of chemtrails.

They bounce off the atmospheric ceiling and back down to earth. That’s why you can’t tell where they are coming from. The sound waves are all around you. They will ultimately be used in concert with man made lights in the sky (orbs), remote control flying probes of many shapes (like saucer and triangular). The chem trails make the lights that are actually ground based, look like they are in the sky. And the ones men on the ground have flying remotely in the sky will seem more incandescent because of the spray of chem trails.

HAARP technology is so advanced that ELF waves can be transmitted directly into the brain, manipulating the person/people like a psychotropic drug, causing them to hear things, feel things, see things, smell things, etc…that are NOT THERE.

This deception is so terrible that it will make people believe they are actually seeing an Alien armada coming down to attack or subdue the people of the earth.

Revelation 9:1 The fifth angel sounded his trumpet, and I saw a star that had fallen from the sky to the earth. The star was given the key to the shaft of the Abyss. 2 When he opened the Abyss, smoke rose from it like the smoke from a gigantic furnace. The sun and sky were darkened by the smoke from the Abyss. 3 And out of the smoke locusts came down on the earth and were given power like that of scorpions of the earth. 4 They were told not to harm the grass of the earth or any plant or tree, but only those people who did not have the seal of God on their foreheads. 5 They were not allowed to kill them but only to torture them for five months. And the agony they suffered was like that of the sting of a scorpion when it strikes. 6 During those days people will seek death but will not find it; they will long to die, but death will elude them.

7 The locusts looked like horses prepared for battle. On their heads they wore something like crowns of gold, and their faces resembled human faces. 8 Their hair was like women’s hair, and their teeth were like lions’ teeth. 9 They had breastplates like breastplates of iron, and the sound of their wings was like the thundering of many horses and chariots rushing into battle. 10 They had tails with stingers, like scorpions, and in their tails they had power to torment people for five months. 11 They had as king over them the angel of the Abyss, whose name in Hebrew is Abaddon and in Greek is Apollyon (that is, Destroyer).

Weather manipulation, Mind/masses control, Seismic manipulation (earthquake and volcanic), cloaking, (invisibility and target mirroring or projection), signal scrambling, NON-US craft control acquiring and re-integrating data instructions, missile disabling (or destroying), meteoric path manipulation (Nudging a spacial body away from it’s path toward the earth or in orbit around the earth), meteoric molecular deconstruction (Blowing a spacial body to smaller pieces)… All of these I term “HAARP-capable.”

According to my sources, The President’s National Science Adviser has approved going forward with the US’s part in this world wide “PROGRAM”. 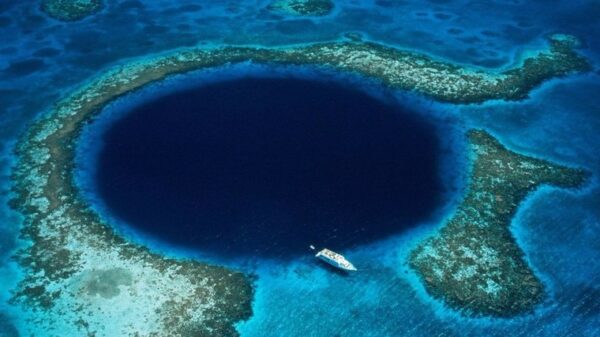