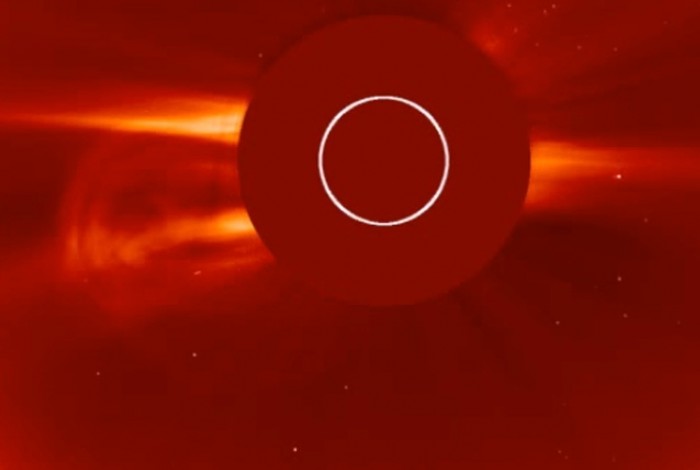 Flares in the classical sense of this term are applicable to the activity of the Sun, there were no and no, but on February 20 the dark thread of magnetism in the active zone broke and a huge mass of solar matter rushed into space.

The eruption split the sun’s atmosphere, creating a wide fiery canyon. It is not yet clear whether this plasma cloud will hit the Earth in the coming days or fly past our planet.

Now we have something strange in the solar space next in line. From the point of view of solar tracking satellites, all space objects move from left to right. Even the planets located closest to the Sun appear on satellite images as a small point of light.

But by noon on February 20, an incredibly large space object began to appear on the right side. Moreover, he moves from right to left. Moreover, this object throws out a huge energy “tail” directed not from the Sun, but on the contrary to the Sun.

From the middle of the day on February 20, this space object very slowly creeps out from the right into the zone of the near-solar space surveyed by the satellite. So far, a powerful glow continues to appear very slowly, which can be compared with coronal ejections on the Sun, with the only difference that the glow of this object is localized in a narrow region, similar to a cometary tail.

What is this space object?
Why is it so huge?
What is this giant cometary tail?
Why is the release of matter from this object directed not from the Sun, but vice versa towards it?

So far, we have no answers to these questions. it remains only to wait for this cosmic body to appear in the lens of the tracking satellites for the solar space – completely. 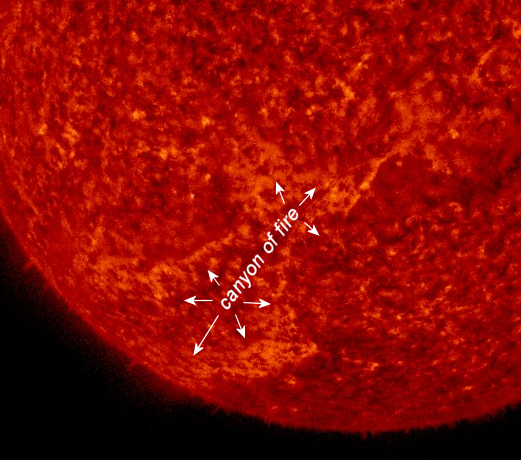 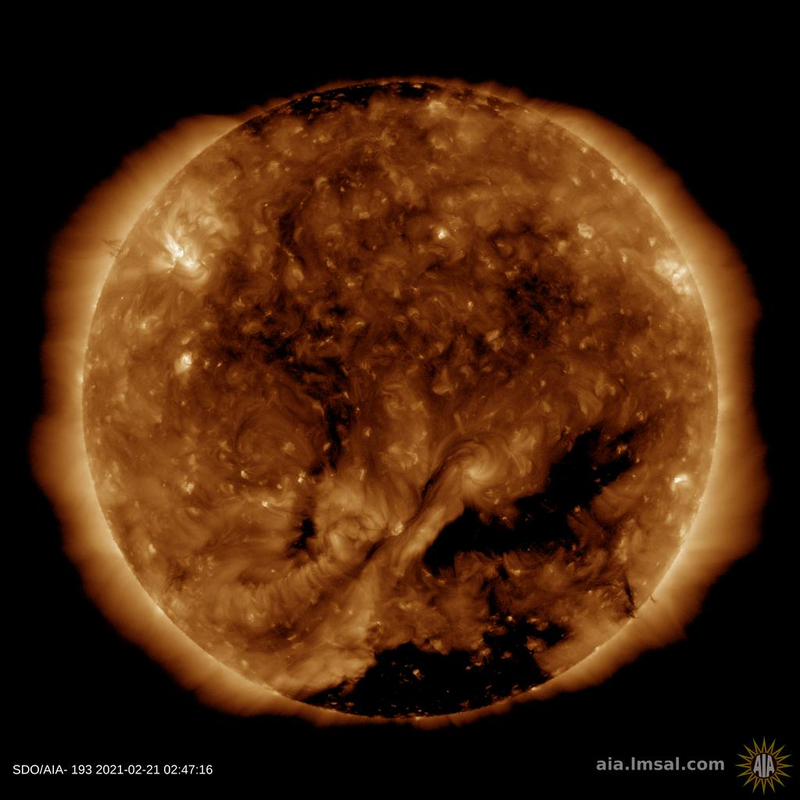 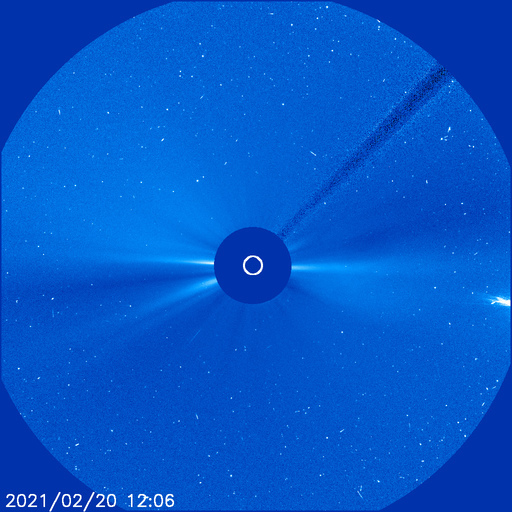 In this article:Earth's Magnetosphere, Sun