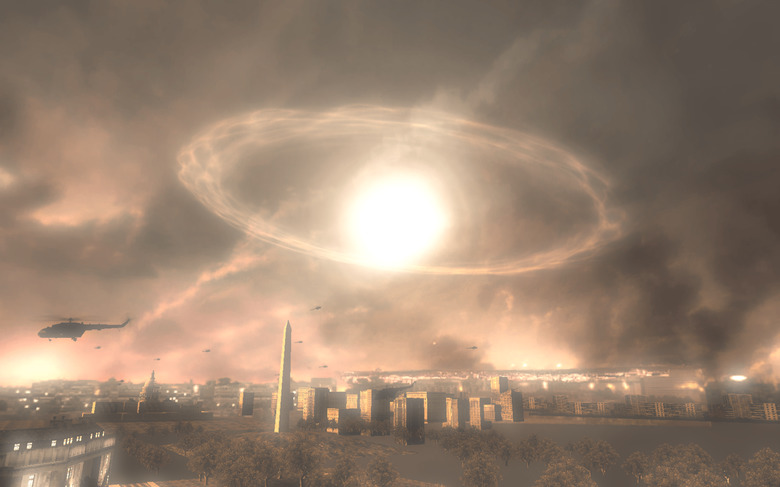 On February 3, 2020, a video appeared online, taken in rural areas in the Aleppo region, Syria: Everyone who saw this video is trying to understand what it was.

Electromagnetic interference in the southern countryside of Aleppo, whose source has not yet been determined pic.twitter.com/N7hIs8dU0Q

Since there is a war in Syria and all the parties gathered in the meadow there are testing some kind of weapon, there is reason to assume the work of either a certain radar or jammer, who did similar with the clouds. However, what kind of device it is and whether it is in nature we do not know. A sub-version of the same hypothesis suggests that the radar version is actually ordinary, but unusual for clouds. For example, these are not clouds, but the remains of chemotracks with a suspension of metal and other particles. Therefore, they react to electromagnetic fields in this way.

Although all of the above are quite logical and everyone finalises on the radar, we just remind that something similar happened in Britain at the beginning of November last year: Based on basic observational experience on military games, we think in the last turn and assume it can also be the work of some alien device. It could either be some kind of optical camouflage, or a protective field or the operation of the engine of the device creating electromagnetic field pulses.

But what did aliens do over Syria? Is something planned there, for example, the Battle of Armageddon and the audience take their places? Or arrange harvesting equipment? Or perhaps it’s not even aliens, but some kind of TR-3B? We do not know the answer to these questions, however, we also do not exclude some lithospheric-tectonic reason. Is it possible that something is happening now in the lithosphere somewhere under Syria and this gives such an electromagnetic effect? Or is it all about the beginning of the Earth’s pole shift and soon such “artifacts” in the clouds will be observed everywhere? This may well also be, so we will see.

In this article:electromagnetic phenomenon, Syria war