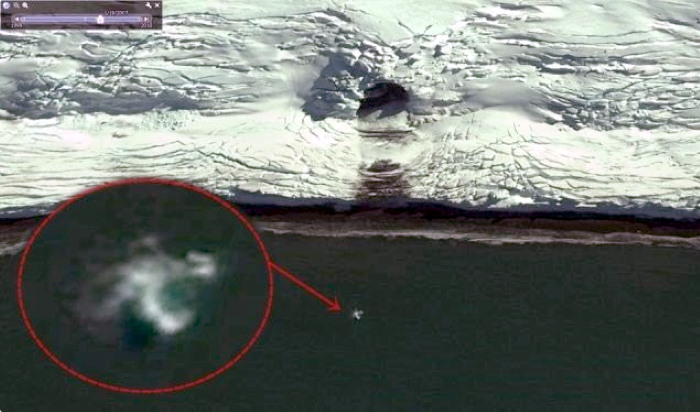 A new mystery in Antarctica has shaken the web, it is a mysterious hole in a remote island of the icy continent. And now many already believe that it could be the entrance to the inner world.

Far apart from its remote location, Antarctica is a site with only scientific or military missions access, and a territory that we simply could not enter. There are even places that remain hidden in satellite maps.

Now, a new mystery has emerged precisely in satellite views that show an enigmatic hole in the ice. What is it about?

Satellite images of Google Earth speak for themselves and show a possible entrance leading to a secret underground base located on King George Island in Antarctica. Satellite photographs show a strange anomaly about 14 meters wide that floats in the ocean right in front of the cave.

The following is distinguished when checking the time sequence in that specific position:
Year 2005 – Something seems to come out of the snow / ice wall.
Year 2007 – A large cave emerged with an entrance of 75 x 75 meters and something seems to have moved into the ocean.
Year 2019 – The cave or entrance is again completely covered by snow and ice.

The 2005 image clearly shows that something from inside the cave pushed all the ice that covered the supposed base with enormous force, resulting in the opening of a large hole 75 wide x 75 meters high. 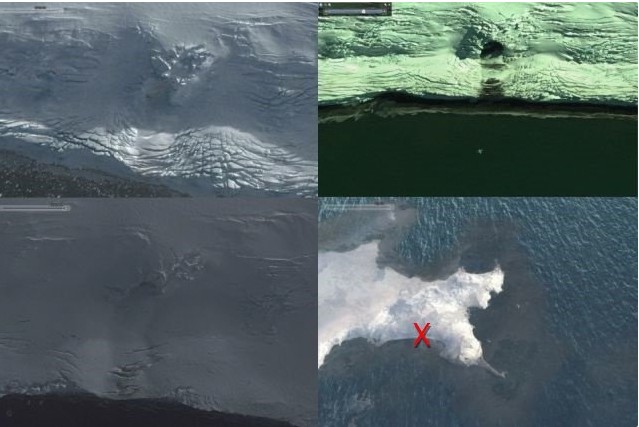 The 2007 image shows not only a sort of path coming from the cave that leads to the ocean, but also shows a strange anomaly of about 14 meters wide that floats in the ocean right in front of the cave.

The 2019 image shows at the end that everything is again covered with snow and ice.

We know that Antarctica has many secrets related to UFOs and alien phenomena, could it be that the huge hole leads to a secret base built in a gigantic ice cave and something has broken out or even a huge object has escaped? The coordinates of the mysterious underground base are: 62 ° 0’29.99 “S 57 ° 45’14.86”