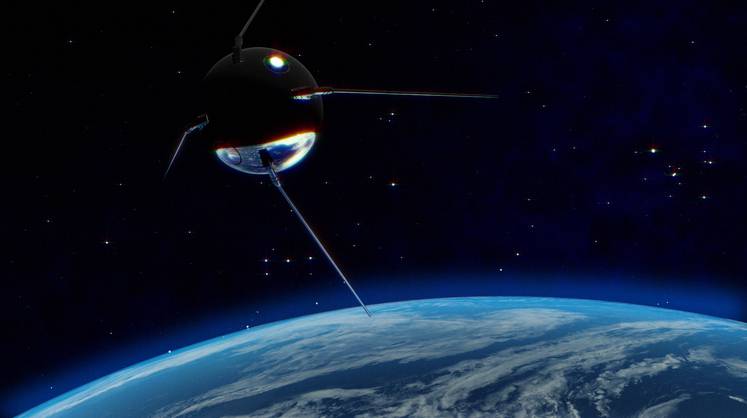 Three weeks ago, it became known that for an unexplained reason, in December 2021 and January 2022, 7 satellites stopped working in Earth orbit. Moreover, they all belonged to the United States.

Official representatives did not comment on these incidents, suggesting only that a simple breakdown could have occurred, immediately on seven autonomous satellites. This is what was reported, but do you believe in coincidence?

This situation seemed to be hushed up, when suddenly an Australian amateur astronomer reported on his blog that he saw how an oblong UFO released several reddish balls towards the satellites.

When they reached the goals, they simply crumbled. From his words, it turned out that something attacked earthly artificial satellites.

After this sensational statement, he was invited to a local radio station, where he said that the object flew up to the satellites as if they were standing still, although the average speed of such devices was about 28,500 km/h.

Based on these data, the amateur astronomer suggested that this UFO was moving at a speed of more than 100,000 km/h.

NASA did not immediately respond to a request from several ufologists and astronomers. However, in February, an official spokesman said that all these reports have nothing to do with reality and that all satellites controlled by NASA are operating normally.

However, the Australian was not the only one who noticed strange activity in space. A 24-year-old Japanese ufologist saw a similar incident through his telescope on January 19, after which he published a written report on the observations. Strikingly accurately, the details of this story repeated what the Australian amateur astronomer saw.

Is someone or something attacking Earth satellites in our orbit? Or are the world’s two major superpowers quietly testing space weapons? Then how did they manage to reach speeds of up to 100,000 km/h? Most likely, unknown forces took part in this incident.

Advertisement. Scroll to continue reading.
In this article:Nasa, satellites