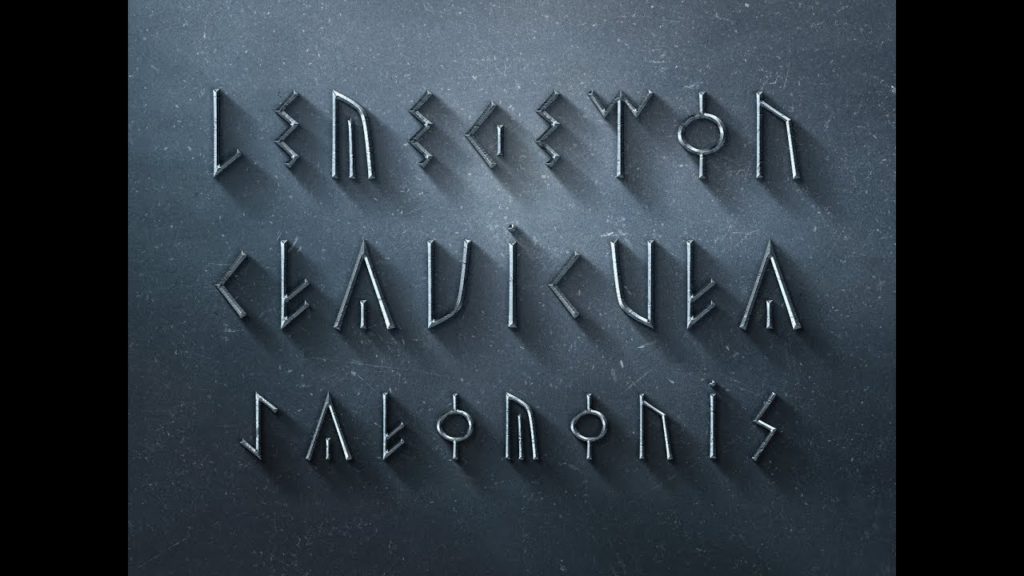 Grimoires that ensure power to invoke angels and domains. One of them named “Solomon’s Minor Key” or “Lemegeton”, which provides instructions to invoke these entities.

Some traditions, rites and beliefs instead of circumscribing to a typically religious context, seem to relate more to the environment of the hidden and within this framework, some objects of great interest are those texts where the methods to be followed are expressed in order to carry out these practices of magical characteristics. They are writings known as grimoires in which the processes to be followed are referred in order to develop these skills and the rituals to be performed depending on the purpose of the one who seeks to put them into practice.

One of the best known works is the one called «Solomon’s Minor Key» or also known as «Legemeton Clavicula Salomonis». A work that includes different treatises on these arts from the s. XVII although, the texts it contains could be from previous centuries, in which instructions are given for the invocation of different entities among them: angels, demons and other spirits, but also the system to elaborate diverse utensils, seals and signs is referred as well as the correct procedure to carry out some prayers and ceremonies.

The authors of each of the books that make up this compendium are anonymous and although the authorship is attributed to the biblical King Solomon is thought that this could be wrong given that a terminology was used that did not exist in the times in which the monarch lived and reigned. However, it is contemplated that the information collected in this set of texts could be based on mostly old sources, coming from the Middle East.

Each book in the compendium addresses different information and, despite variations that differ depending on the edition, it is broadly considered to be composed of the following:

ARS GOETIA – The art of witchcraft

In the first book a catalog appears listing the 72 demons supposedly King Solomon invoked and controlled. Their names are given, a brief description of the main characteristics of each one with their corresponding stamps, also indicating how they should be invoked and what words have to be pronounced for it. It is also mentioned that there is a hierarchy between these entities and curiously, one of the editions of this work was made by the controversial Aleister Crowley. An excerpt mentions the following:

These are the 72 powerful kings and princes to whom King Solomon sent to bronze vessels, along with his legions. Of which Belial, Beleth, Asmodeus and Gaap were the leaders. And it should be noted that Solomon did this because of his pride, since he never declared another reason for attacking them. ”

ARS THEURGIA GOETIA – The art of the invocation of spirits

The second part focuses on different entities providing similar information about them to that referred to in the previous treaty: how to invoke them, control them and who they are.

It indicates that their nature could be malevolent or benevolent and reassigns them a hierarchical rank as follows: there would be 4 cardinal emperors, 16 fixed princes and 11 wandering princes.

Upon reaching the third section of the compendium, the reader will find a catalog similar to the previous two, although in this case the information refers to angelic entities of which in addition to, offering their names, ranks, descriptions on them and even mentioning how many servants would be under their orders.

But in this case, the invocation procedures would increase in complexity since it is expressed that each entity should be called at a specific time and each of them would be related to one of seven celestial bodies of the solar system as well as with the zodiac signs, creating a series of precepts related to astrology that would have to be taken into consideration to carry out the described rituals.

(…) Some of these signs and degrees correspond to each man who was born, so if he knows the minutes of his birth, he can know the Angel that governs him, and in this way he can use all the arts and sciences, of all the wisdom and knowledge that a mortal may wish to possess in the world. ”

ARS ALMADEL – The art of the soul

In the fourth part instructions are given to carry out the almadel ritual for which it is necessary to create with wax the object that gives name to the ceremony. On this device, different stamps and symbols associated with the entities to be invoked, as well as some related to God, must be engraved.

Once present, you will communicate your wish as if they were your loyal soldiers. ”

The last book appears or disappears depending on the edition and it promises the reader that following the techniques described will acquire or significantly improve some useful capacity how to develop perfect memory or achieve eloquence.

It is indicated that the proposed procedures are the same as the biblical monarch followed and generally consist of reciting a series of prayers complemented with the use of some Magic words. Although, in some cases, the method is somewhat more complex.

In this writing, the words are markedly important, indicating the following:

(…) He suddenly instilled them in him, and also filled himself with wisdom, to pronounce the Sacred Mysteries of most of the holy words. ”

A set of instructions to carry out some magical practices that are sometimes simple but in other cases mostly complex to invoke entities of all kinds: spirits, angels and demons that the summoner indicates. Also, methods to keep control over them, as it is said that King Solomon himself did in his time.

In this article:Ars Goetia, King Solomon