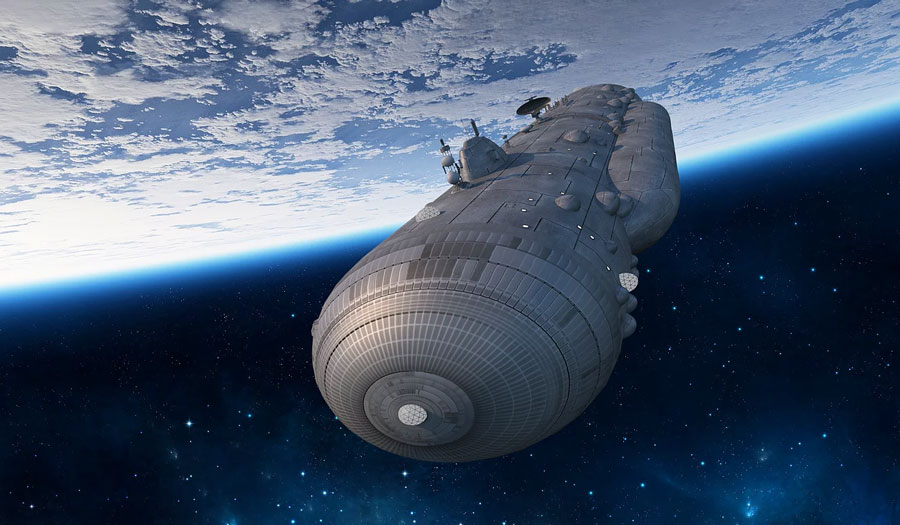 The secrets of free energy, the secret space program, or the true nature of the cosmos, the governments of the world and the “hidden masters” of the New World Order are at this point the most discussed topic in the online environment and vehemently denied by the American government.

As we all know, the media still in the hands of the global evil elite, do not “sweat” any words about the existing technologies it owns that could pull mankind away from the crisis , but also from the fossil fuel age and the provision of free energy to mankind, thus making an enormous leap in the evolution of civilization.

Black Budget began to come to light after October / November 2012 and rely primarily on the personal testimony of an “insider” named Daniel, who claims to have been part of the Montauk Project, which later turned into Phoenix I, II and III.

These Black Budget projects are carefully guarded by the eyes of the public. One of the main objectives involved in these projects was the testing and development of many technologies based on Nikola Tesla’s works, Cold Fusion / Pons and Fleischmann, Nuclear Energy Reacts, antimatter and anti-hydrogen propulsion systems and others.

The development of these technologies has led to the creation of a secret space program that goes well beyond the scope of information NASA has chosen to “publicly” release in terms of the true nature of the Cosmos.

One of the most stunning public information on the existence of this secret space program comes from the testimony of British Gary McKinnon.

His story is extraordinary: from February 2001 to March 2002 McKinnon, as an independent computer system administrator, managed to gain access to the highly classified documentation of the Pentagon’s computer networks.

The US government claims that McKinnon violated the operating law in the Defense Ministry’s IT system, which posed a threat to national security. The government tagged McKinnon as “hacker” and “cyber-terrorist”

Over the years, the US government has demanded the extradition of McKinnon from England.

However, there was an obstacle to their plans, if he was extradited, he had the legal right to appear before a court, and there is the risk of revealing the true nature of information in the Pentagon’s computer files: the existence of the “Solar Warden” code name given to particular areas in the Secret Space Program.

McKinnon admitted during live interviews that the government’s accusations against him are being manufactured and that he has not caused any harm to the Pentagon’s digital operating systems.

Once the US government learned about the true nature of the information over which McKinnon “find”, the US abandoned the accusations against him, despite the fact that the US considered him a cyber-terrorist.

If these Black Budget technologies were released in the world and properly funded, in a generation or even less, we would see the complete end of fossil fuels, oil, coal, natural gas and even nuclear energy that would be replaced by Tesla electromagnetism, fusion cold, anti-gravity, and anti-hydrogen systems and much more.

This would remove national boundaries and limits and eliminate the need for control structures of any kind, including governments.

We also enter a new era of travel in the Universe, through which we as human beings move beyond the planetary boundaries and our solar system, exchange technology and experience with the civilizations of the Universe.

But when it is considered that the ramifications of these things, for those who hold power today in this world (secret societies, bankers, fossil fuel companies, etc.) become dangerous for their control over the planet, they will go very far in their actions, for that these technologies are never made available to the public, and disclosure of the true nature of the cosmos is a well-guarded secret.

McKinnon was charged by the Bush administration for having committed “the biggest military computer hack of all time” facing prison time up to 70 years after extradition from the U.K.

However, trying McKinnon in an open court would involve his testifying to the above-classified facts, and his attorney would be able to subpoena government officers to testify under oath about the US Space Fleet. To date, the extradition of McKinnon to the U.S. has not been enforced.

McKinnon allegedly discovered information about the craft within Solar Warden. It is said that there are approximately eight cigar-shaped motherships (each longer than two football fields end-to-end) and 43 small “scout ships”.

The Solar Warden Space Fleet operates under Air Force Space Command. There is least 300 personnel involved at this facility.

Solar Warden is said to be made up from U.S. aerospace Black Projects contractors, with some contributions of parts and systems by Canada. Also the United Kingdom, Italy, Austria, Russia, and Australia. It is also said that the program is tested and operated from secret Air Force bases such as Area 51 in Nevada, USA.

Another newer version of the definition and description of Solar Warden is that it isn’t the Earths Interstellar Space Program itself, that is called the SOC, but Solar Warden is in fact the name of a Research Project that would create Sun Spots and send the “Solar Waves” to Directional Nodes in Space which in turn aim the Solar Waves at Targets like a Rogue Asteroid or an Alien Space Craft that had flown into our Solar System unannounced, without permission and with Hostile Intentions

After  years of fighting in court for having illegally accessed NASA’s computers, the hacker is talking about the findings he has made at the time

McKinnon told the judges and the press that he found evidence of technologies of alien origin, the existence of energy capable of stopping the global warming process, anti-gravity devices, and above all, the existence of a real stellar fleet capable of driving huge distances through cosmic space.

Gary McKinnon thinks he has found enough evidence to assert that the Americans have a secret space program run by the Navy, that is, spaceships.

According to metro.co.uk, all the details are reported in an ample interview with RichPlanet TV, known for its UFO programs: “We used a program called Landsearch to help us access all the tabs and folders.”

“There we found an Excel file named” Non-Terrestrial Officers “(the officers from outside the Earth).

The file contained names and ranks, and material transfers were specified between ships, and the name of the spacecraft began with the USS”

But what evidence would McKinnon have found? Alien visits are hidden to the public, because the space images were altered to the NASA Johnson Space Center. Here, for example, UFOs were taken out of the photographs.

McKinnon found on NASA’s servers a high-definition image of a large cigar-like object, floating above the northern hemisphere.

When he hacked the US Army servers, McKinnon discovered a diary of all “non-terrestrial” officers, proof that the US Army had a secret battalion in space.

Some of the US ships are called USSS Lemay or USSS Hillenkoetter, “USSS” coming from the “United States Space Ship,” the US Space Shuttle.

McKinnon said: “I found a list of officers in the” Non-Terrestrial  Officers “section. This does not mean aliens but the fact that they are not based on Earth. They were serving a fleet that was not American Navy ships, but spaceships away from our planet. ”

On April 13, 2009, the US National Archives of Administration provided nearly 250,000 pages of documents during the Reagan administration, including its Personal Journal. In this, on 11 June 1985, the president wrote:

“WE HAVE LUNCH WITH 5 TOP SCIENTISTS IN THE FIELD OF AEROSPACE.” IT WAS FASCINATING. “SPACE IS REALLY THE LAST FRONTIER, AND SOME OF THE DEVELOPMENTS THERE IN ASTRONOMY ARE SCIENCE FICTION UNLESS THEY ARE REAL. LEARNED THAT OUR TRANSFER CAPACITY IS SUCH THAT WE COULD PUT 300 PEOPLE IN ORBIT. ”

This is curious because Space Shuttle has a maximum of 8 people and only 5 for space flight.

Even fully loaded it would be impossible to place and maintain 300 astronauts in orbit.

Reagan has revealed the existence of a highly classified space program that could host hundreds of astronauts in orbit?

In this article:Black Budget, Solar Warden 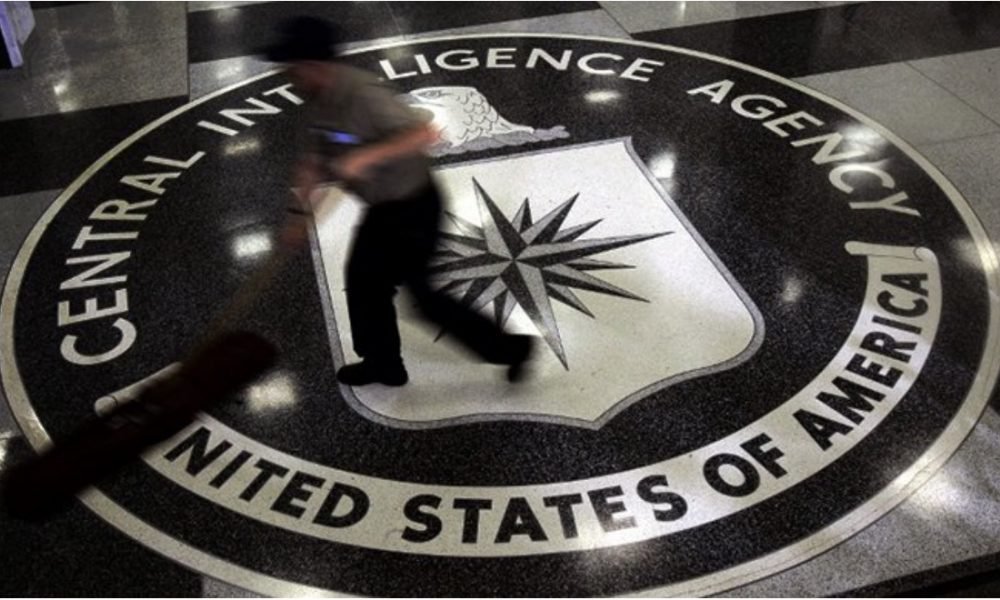 The Facts: Multiple investigations and testimony from high ranking sources have discovered that trillions of dollars of our tax dollars are going towards programs...