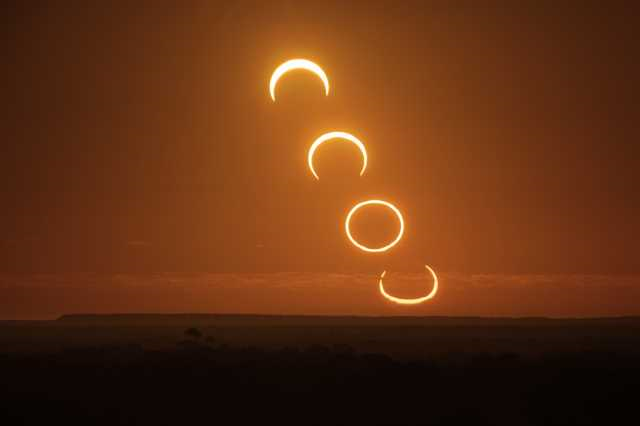 The sun will look like a ring of fire above some remote parts of the world next Tuesday (April 29) during a solar eclipse, but most people around the world won’t get a chance to see it.

This NASA chart shows the shadow path of the “ring of fire” annular solar eclipse of April 28-29, 2014. The chart, prepared by NASA eclipse expert Fred Espenak, also lists times for the maximum eclipse, as well as start and stop times. Tuesday’s solar eclipse is known as an “annular” — rather than “total” — lunar eclipse. That’s because Tuesday’s eclipse will occur when the moon is close to its farthest distance from the Earth, making it too small to cover the sun completely. The resulting effect looks like a ring of fire, called an “annulus,” appears around the silhouette of the moon. [‘Ring of Fire’ Annular Solar Eclipse of April 29, 2014 (Visibility Maps)]

But most people won’t see the whole eclipse. The only place in the world where this annular eclipse will be visible is a small area in Antarctica. However, partial phases of the eclipse will be visible in other places. Most of those areas are in the ocean — rarely traveled ocean, in fact — but the entire continent of Australia will get a good view.

How Solar Eclipses Work: When the moon covers up the sun, skywatchers delight in the opportunity to see a rare spectacle. See how solar eclipses occur in this Space.com infographic.