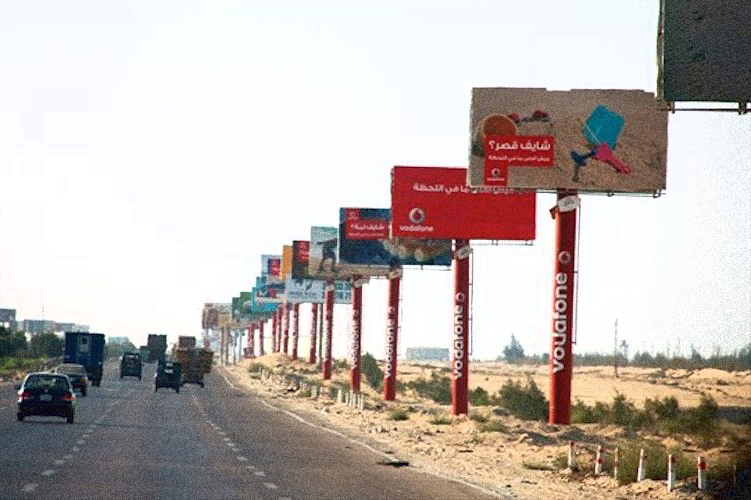 What we have succeeded in doing (without necessarily meaning to) is creating a completely ‘dishonest’ environment for ourselves to live in. We all heard about ‘fake news’ but what this amounts to is a fake world. We can make a very obvious statement at this point and that is to say that ‘living in a fundamentally dishonest environment is without any doubt going to be psychologically harmful for us’! This might seem like too obvious a point to make but we need to make it all the same because it’s such a vitally important one – it’s a vitally important point that we never actually pay any attention to! We might spend money in a health food store or go to the gym twice a week or practice yoga or meditation but we never seem to give any thought to the fact that our actual environment is fundamentally dishonest, and therefore toxic

I’m not making a metaphysical point here about the illusoriness of the world or anything like that – what I’m talking about is the fundamentally deceptive nature of the communications we surround ourselves with. Just to give one example – it is abundantly obvious that we are living in a world that is completely dominated by advertisements of one sort or another. Everything is an advert for something! This is therefore just another way of saying that the reality we are presented with on all sides is dishonest – it’s not what it seems to be. Everything we see or read is propaganda for the system that is being daily foisted upon us!

Adverts are ‘dishonest’ because they always claim to be something about something else than what they’re actually about – the day has long since passed when adverts were purely and simply about providing information about a product. We have moved on a long way since that day. The science of advertising relies on the fact that we are very easily manipulated by ‘unconscious associations’, implications which are there, but which don’t need to be spelt out. These associations work on us without us knowing that we are being worked on. This is just the same as saying that ‘adverts work by manipulation’, which is very obviously true – no one is going to be foolish enough to try to deny this!

The one way we could agree that this is true but say that it’s not really a big deal either – we know that ads are about manipulation, but so what? We have got used it to this stage and presumably we all feel that we’re immune to it. Where advertising surely does become a problem however is when the whole world becomes one giant advert, one giant ‘promotional exercise for itself,’ as John Berger says here –

“Publicity has another important social function. The fact that this function has not been planned as a purpose by those who make and use publicity in no way lessens its significance. Publicity turns consumption into a substitute for democracy. The choice of what one eats (or wears or drives) takes the place of significant political choice. Publicity helps to mask and compensate for all that is undemocratic within society. And it also masks what is happening in the rest of the world. Publicity adds up to a kind of philosophical system. It explains everything in its own terms. It interprets the world.

The entire world becomes a setting for the fulfillment of publicity’s promise of the good life. The world smiles at us. It offers itself to us. And because everywhere is imagined as offering itself to us, everywhere is more or less the same. …”

So how could we say that it’s not a ‘big deal’ when our whole environment is designed to manipulate us and there’s nothing left in it that’s at all honest? Surely we must realise that there are bound to be seriously adverse psychological consequences to living in a world that’s nothing more than ‘an advert for itself’!

If we grew up surrounded by people who always had an ulterior motive, who were always duplicitous, who never did anything without a hidden agenda, then our mental health would of course suffer as a result – we’d be in need of an awful lot of therapy in that case! The same is true therefore when we live in an environment is always comes with an ulterior motive, an environment which always carries some kind of ‘disguised coercive element’. The usual way is for us to be more or less oblivious to the coercive (or controlling) aspect of our environment, and unaware of the all-pervading dishonesty of the type of communications that make up the world we have to live in, and so this means that we are ‘unfree without knowing that we are’. Apparently, this very peculiar set-up seems to work; apparently, we can get by perfectly well this way!

There is a problem here however even if we can’t see it – there’s a problem especially if we can’t see it! In order to accommodate ourselves to this invisibly coercive and deceptive world we have to live on a very superficial level, and this is fundamentally unnatural and therefore unhealthy for us. It has harmful consequences. Human beings are not naturally superficial; we not naturally lacking in curiosity about the world. All we need to do in order to appreciate this is to look at children – children are (of course) full of curiosity, full of questions. Adults – on the other hand – aren’t! As adults (oddly enough) we seem to swallow whatever line in nonsense it is that is being fed to us at the time. Well go along with anything. The alternative seems to be just too frightening for us!

So the ‘problem’ that we are looking at here is the problem – we might say – of compulsory superficiality. We are given no choice in this matter – were pushed into this extraordinary limited state of being from all sides. We don’t know that this fate has befallen us (we have no way of knowing it) but the quality of our lives has been degraded all the same. Another crucial aspect of this ‘compulsive superficiality’ that were talking about is that we don’t have any genuine volition. If we are being swayed by superficial appearances the whole time then how can we possibly be said to have any genuine volition of our own? This is clearly an impossibility.

We can put all of this together – therefore – by saying that we have created the world for ourselves which, rather than being based on the principle of truth, is based purely upon the principle of deception. We so used to this that we think nothing of it – our eyes are accustomed to the insincerity and so we pay it no heed. As Matthieu Ricard says,

“We are very much like birds that have lived too long in a cage to which we return even when we get the chance to fly away. We have grown so accustomed to our faults that we can barely imagine what life would be like without them. The prospect of change makes us dizzy.”

In this world it’s not about what’s true, it’s about what seems to be true. It’s about ‘image rather than content’. We all know this very well – who’s actually going to deny? The question we’re asking here is ‘What effect is it actually going to have on us to be living in such a world?’ One answer is to say that the consequences of this state of affairs is that we become completely gullible, i.e. ‘100% manipulable by external controlling factors’. We do what we told to do and we believe what we’re told to believe, and what this comes down to is a complete lack of autonomy. We have ‘lost ourselves,’ in other words. We’ve lost ourselves completely. It is one thing to have autonomy and find yourself in a world that is trying to manipulate you (or amongst people who are trying to manipulate you) and quite another to have never had that autonomy and to live in a world whose very basis is manipulation and coercion!

This is such an extraordinary thing to contemplate – we have created a world that denies us, a world that is against us! It isn’t the case either – I would say that this world is ‘bad for most of us but is good for a small minority’, which is what it looks like on the surface, admittedly. What we’re looking at here is a fundamentally unfair system, it is true, but even the so-called ‘winners’ in this game aren’t winning anything worth having! By denying others we deny ourselves, after all. By controlling each other we are just as bound as our victims by our need to control. It’s actually the business of ‘playing the game’ that denies us, not whether we win or lose, which is of course what we are brought up to believe. ‘Playing the game’ denies us because by always striving for personal advantage (which is what we have been brought up to do) we turn our backs on our true compassionate nature, and if this isn’t a recipe for misery and frustration then nothing is!

We can only truly be ourselves by being compassionate – as all the great Wisdom Traditions tell us – to try to find meaning in life by being selfish and manipulative and competitive (which is what our society demands of us, whether we see it or not) is a road to nowhere! Meaning in life doesn’t come from being good at controlling, from being a ‘winner in the game’, but from nourishing the imagination, nourishing the creative and compassionate side of ourselves. Our true nature is incomparably greater than we have been led to believe that it is, but we are afraid to find that out, and this fear drives all sorts of toxicity.

Nick Williams – I work as an occupational therapist in acute psychiatry in the West of Ireland, and have done for the last 25 yrs. Before training to be an occupational therapist I graduated from the University of Kent with a degree in Health Education and Natural Science, and before that I was unemployed in South London for 15 years. The part of my current work that I enjoy the most is running a community creative writing group and a number of mindfulness groups. I am a keen blogger on the topic of ‘alternative approaches to mental health’ because I believe that the conventional approach in psychiatry does not respect the healing process that is always going on in us and simply tries to return people to a ‘standardized’ form of mental health. I feel that a lot of the chronic mental distress in the modern world comes from the artificial constraints that society puts on our consciousness and are not due to a type of ‘illness process’, as psychiatry suggests. I also give talks and run workshops on ‘nonduality and mental health’. Please visit my blog Negative Therapy and intrinsicspace.me.

This article (Society is an Advert or Itself) was originally published at Negative Therapy and is re-posted here with permission.

Advertisement. Scroll to continue reading.
In this article:propagand, science of advertising