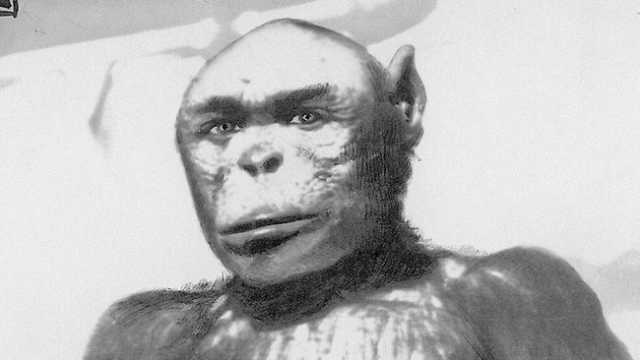 DNA tests on hair found supposedly found in a Siberian may actually prove the existence of the Abominable Snowman.
Three separate DNA tests of the hair reported it “came from a human-like creature which is not a Homosapien yet is more closely related to man than a monkey”.
Yeti hunters claim Yeti DNA is less than one per cent different to that of a human. But no-one has confirmed that “fact” to date, because no Yeti has ever been found or tested for DNA.
Until now. The DNA tests were carried out at universities in Moscow, St Petersburg at Idaho in the US. It is understood a fourth DNA test is also being carried out in the UK.
What do you think? Is it real? Or just a huge hoax? Tell us below.
“We had ten samples of hair to study, and have concluded that they belong to mammal, but not a human, and not the animals known to the area where they were found, like a bear, or wolf, or goat, or any other animal,” Professor Valentin Sapunov of the Russian State Hydrometeorological Institute said.
“It was a branch of our university in St Petersburg that carried out a DNA test, and the Zoological Institute of Russian Academy of Sciences. The tests were performed by laboratory of electronic microscopy and laboratory of molecular genealogical classification.”
The “Yeti hair” was allegedly found in Siberia’s Azasskaya Cave by Dr Igor Birtsev, Russia’s leading advocate of the existence of the abominable snowman.
But is it all an elaborate hoax? That’s the suggestion the Siberian Times is making this morning after Dr Birtsev strangely played down the findings.
“I doubt that they have indeed managed to carry out a DNA test on Azasskaya Cave hair, and doubt that they found how close the Yeti is to humans by its DNA,” he was quoted as saying.
“It has not been done anywhere in the world. I take it that they’ve worked with electronic microscopes, but have they compared it to other samples? I am not sure. So I am rather sceptical about Valentin Sapunov’s conclusions.”
Could it maybe have something to do with the fact that a major bookmaker is offering 100-1 odds on the existence of a yeti being proven by the end of 2012?
A Paddy Power spokesperson said: “It’s true, at odds of 100/1 we do risk putting a Bigfoot in our mouth if these recent sightings turn out to be genuine.”
And then there’s the fact that the “evidence” just happened to be released on Halloween. Real or not real? You tell us.

‘They just rushed away, all in fur, walking on two legs’: Expert claims three yeti ‘sightings’ in one week in Siberia are ‘significant’ The tests were undertaken on hair  found one year ago in the Azasskaya Cave in the Mourt Shoriya area of  Kemerovo region in Siberia, it was alleged. The 2011 expedition to  the remote cave complex in Kemerovo…

• Yeti – the best proof yet or an elaborate hoax?

• The abominable snowman ‘drops’ by Thrumshingla