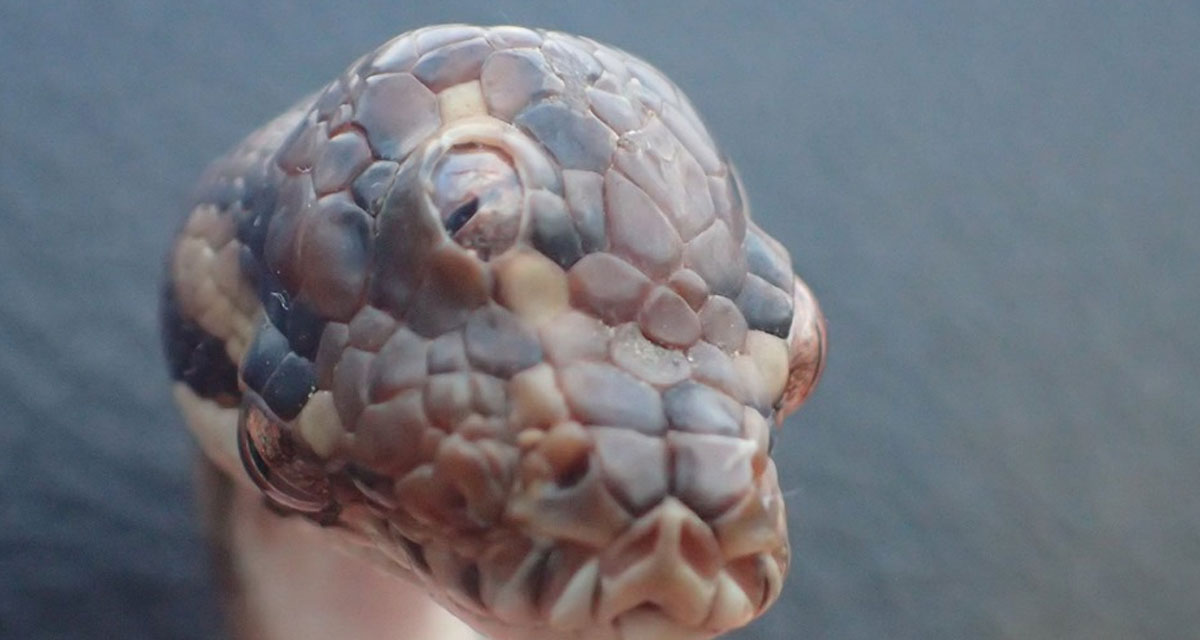 A python with a rare mutation was discovered by park officials in Australia. Park officials in the Northern Territory of Australia announced that park rangers found a three-eyed snake along a highway near the town of Humpty Doo in March.

The 3-month old carpet python, nicknamed Monty (as in Monty Python) appeared to be normal in every way, with the exception of a third eye protruding from the top of its head.

“The snake is peculiar as an x-ray revealed it was not two separate heads forged together,” Northern Territory Parks and Wildlife wrote on Facebook, “rather it appeared to be one skull with an additional eye socket and three functioning eyes.” “It was generally agreed that the eye likely developed very early during the embryonic stage of development,” the Facebook post said. “It is extremely unlikely that this is from environmental factors and is almost certainly a natural occurrence as malformed reptiles are relatively common.”

“Every baby has a mutation of some sort – this one is just particularly coarse and misshapen,” Prof Fry, from the University of Queensland, told the BBC. “I haven’t seen a three-eyed snake before, but we have a two-headed carpet python in our lab – it’s just a different kind of mutation like what we see with Siamese twins.” Monty had been struggling to eat due to the mutation, and died just weeks after being found.