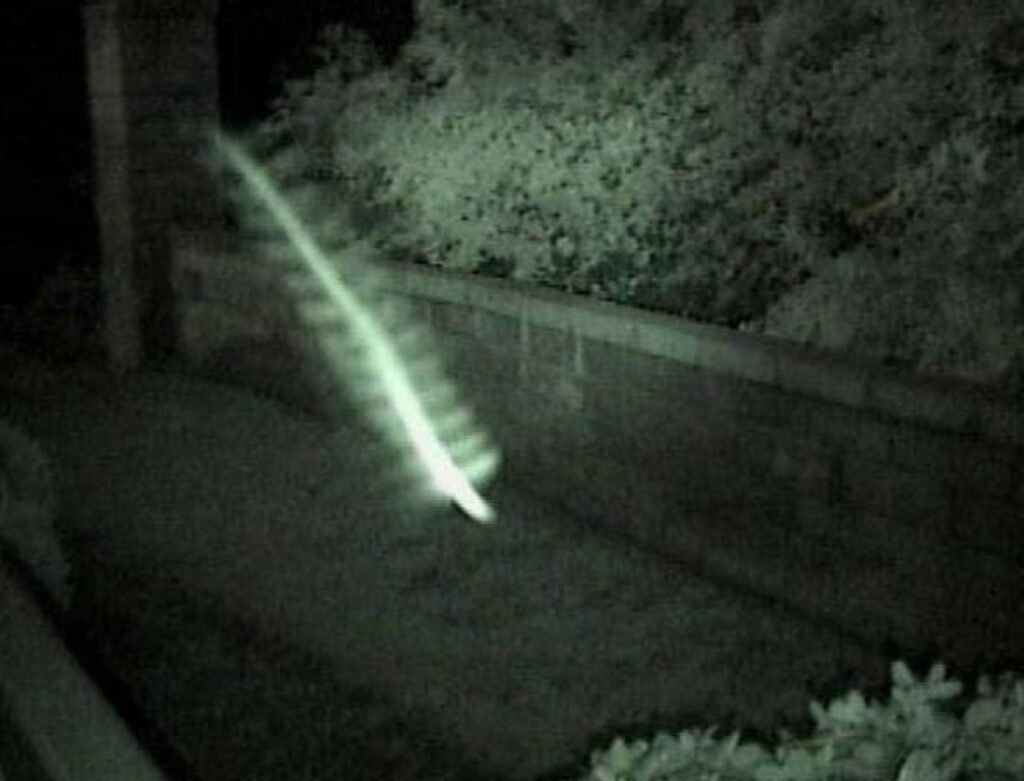 Our world is full of incomprehensible and strange things. Today we will talk about a phenomenon that is shrouded in mystery, carries both riddle and absurdity at the same time. Skyfish, or air rods, baffle many people. What are they? Alien tricks or living artifacts?

Many will say that they are the result of photoshop. Those who believe in UFOs will take them for granted. Skeptics will doubt it. Nevertheless, it will probably be interesting for many to read. Moreover, the facts are quite sensational.

Through the lens of a random operator

At the end of the last century, it was possible to film mysterious flying objects that looked like rods flying in the air. They looked very strange, so many people began to speculate about their nature.

Central Mexico was the first site to find such flying rods. A group of cameramen came to the “Cave of Swallows” to shoot extreme parachute jumps, but when watching the video on the tape, strange objects were discovered. It could be birds or strange insects, but eyewitnesses decided to clarify the information from scientists.

Those, in turn, stated that such species of birds had never been met, and that they were also not very similar to insects. Among other things, scientists were also very interested in their speeds.

So, compared to flying parachutists, the rods moved incredibly fast. This also refutes the theory that insects simply unknown to science were captured on tape.

Later, similar “flyers” were seen in airless space and above the surface of the ocean. Moreover, in the latter case, they appeared from the depths, and the water seemed to part in front of them.

Two brothers, Jose and Manuel Escamillo introduced us to them. On March 5, 1994, they filmed a UFO in the sky of New Mexico for 16 minutes, and at the moment when one brother passed the camera to another, an unidentified elongated object was caught in the frame, which rushed across the sky at incredible speed.

It was noticed by an expert-ufologist Clifford Stone, to whom the Escamillo brothers, with almost thirty years of experience in ufology, brought their films with UFOs. The term flying rod belongs to Manuel – he was the first to give this name to this mysterious object. Usually, the rods look something like this: a long, elongated body, similar to a cigarette, with small wings along the entire body. Presumably with the help of these wings, the rods are moved.

Soon, evidence of the existence of flying rods began to appear in all parts of the world, with reports coming from the UK, Canada, Japan and Mexico. They were found in news footage from Korea; old footage taken by the military had surfaced. Many inhabitants of the Californian desert recalled that sometimes, when looking at the sky, blurred spots flashed before their eyes – when filming it turned out that they flying rods.

They were included in a documentary filmed by National Geographic – in some shots, you can see how a flying rod appears from under the surface of the ocean and soars into the sky, and you can clearly see how the water diverges when this object rises. Of course, they got there by accident, because of the incredible speed of their movement, it is impossible to detect them with the naked eye.

However, experts say that somewhere in the archives of the US Army there is a film on which a flying rod moves across the sky no faster than an ordinary bird. Moreover, the video cameras installed on one of the Shuttles managed to capture the flying rods even in space!

Versions about the sky rod origin

There are suggestions that rods represent one of the first life forms to appear on Earth. This form of life is not afraid of any extreme temperatures, and they receive energy directly from the surrounding world.

Many researchers believe that the rods are a form of earthly life unknown to science. The fact that we had never encountered them before 1994 is easy to explain. They cannot be seen with the naked eye!

Until 1994, it never occurred to anyone to carry out the manipulations with video recordings necessary for observation. In addition, if you pay attention to the frames in which the rods fly out from under the water, it can be assumed that they live at great depths, where a person has not yet reached. In other words, the Escamillo brothers may have made the greatest discovery in the past several hundred years without knowing it.

This implies the assumption that flying rods are a cryptozoological rarity, not entirely recognized due to the rarity and halo of legends, by animals that appeared on Earth billions of years ago.

But that’s not all. When studying the videos, the researchers came to the surprising conclusion – it is very likely that these creatures have a mind, or at least the rudiments of it. Many recordings clearly show how gracefully the rods bend around any obstacles, moreover, there have been cases of observation of whole groups of flying rods, which gives rise to the assumption that social activity is not alien to them.

Others believe that these are alien life forms that flew to us in order to obtain information about people. More precisely, these are surveillance gadgets sent to Earth by aliens.

There are some who support the theory that the mysterious flying rods that scientists have been studying for many years are, by all definitions, creatures from a parallel reality. The entrance to this world is the “Cave of Swallows”, near which many such flying rods have been found.

Despite numerous attempts with the use of the most innovative technologies, it was not possible to catch at least one such rod. The researchers did not succeed in their attempt to penetrate the parallel world as they themselves explain – because of its completely different spatial structure.

“The rods are the clearest proof of the existence of at least one parallel to our world, which can conceal fantastic secrets. It is a pity that we cannot explore another reality – the technological level of human civilization is still too low for such projects,” the experts noted with regret.

In fact, in 2005, a major experiment was carried out to expose this phenomenon. When trying to catch rods in the net, hunters received ordinary butterflies. But detailed analysis of video footage showed that skyfish is nothing more than an ordinary optical illusion that occurs during slow motion. 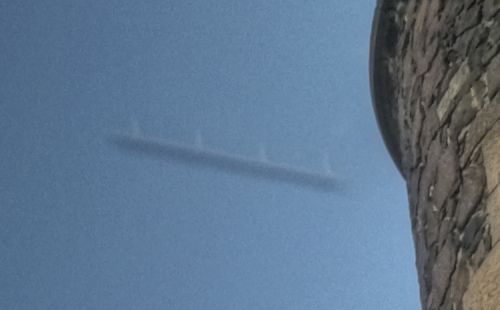