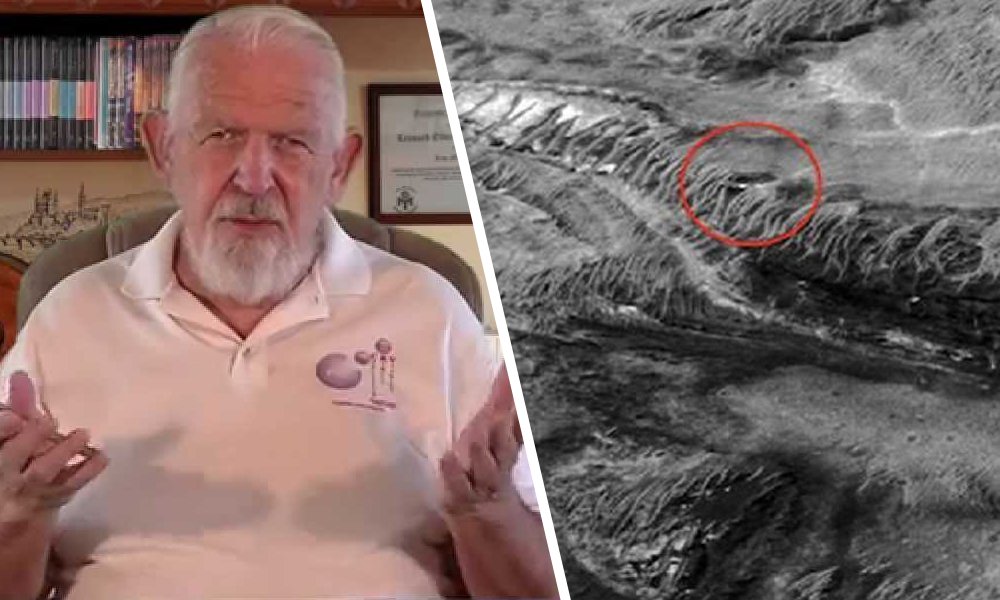 For anybody who’s looked into the Remote Viewing programs that were (and probably still are) in operation within several governments around the world, it’s very easy to become awe struck with regards to the validity of these programs, despite the fact that they’ve received a lot of criticism from skeptics. One merely has to look at the facts to get a good picture of just how successful, accurate, and useful these programs were, and again, probably still are. Here is a great quote from Dr. Jessica Utts, the Chair of the Department of Statistics at the University of California, Irvine and a professor there since 2008.

“What convinced me was just the evidence, the accumulating evidence as I worked in this field and I got to see more and more of the evidence. I visited the laboratories, even beyond where I was working to see what they were doing and I could see that they had really tight controls…and so I got convinced by the good science that I saw being done. And in fact I will say as a statistician I’ve consulted in a lot of different areas of science; the methodology and the controls on these experiments than any other area of of science where I’ve worked.” (source)

Such an eye opening and revealing quote, and a fact that needs to be emphasized because when it comes to remote viewing, it conflicts with so many people’s belief systems, including many within the fields of academia. Thus, it is often brushed off as ‘pseudoscience’ without any proper investigation or inquiry. This is odd, given the fact that multiple governments have admitted to studying remote viewing, and other phenomena that falls under the umbrella of parapsychology.

What is remote viewing? It’s an ability that allows the ‘viewer’ to be able to describe a remote geographical location up to several hundred thousand kilometres away (even more) from their physical location — one that they have never been to.

Here’s another great quote from the declassified literature in 1995 from the Central Intelligence Agency (CIA) archives, from scientist and co-founder of Stanford’s remote viewing program, Harold E. Puthoff:

“To summarize, over the years, the back-and-forth criticism of protocols, refinement of methods, and successful replication of this type of remote viewing in independent laboratories has yielded considerable scientific evidence for the reality of the [remote viewing] phenomenon. Adding to the strength of these results was the discovery that a growing number of individuals could be found to demonstrate high-quality remote viewing, often to their own surprise. . . . The development of this capability at SRI has evolved to the point where visiting CIA personnel with no previous exposure to such concepts have performed well under controlled laboratory conditions.” (source)

Multiple viewers were used with exceptional skills inside of this program, which was known as the STARGATE program. One of them was Lyn Buchanan, a veteran and an Army Remote viewer who worked inside of the program.  His status within the program has been verified by the declassified literature that was released on the program in 1995.

Here is an example within the literature. Although there are many, I chose this one because it also mentions the professor I quoted above, Jessica Utts.

The document mentions Utts’ responsibility with regards to conducting a review of the remote viewing research. It also mentions a program that aired featuring many people from within the program, like Lyn Buchanan, but obviously does not mention all of them as there were many.

One common theme among several army remote viewers, like Ingo Swann and Pat Price, names that are also found throughout the de-classified STARGATE literature, is extraterrestrial.

I recently came across an interview with Lyn Buchanan, and according to him:

“After the military I was asked by a branch of the government to do a paper, a study paper to compare and contrast ET psychic ability to human psychic ability. The study that I did was because I was given access to many of the things that never made it into project grudge or the blue book or anything like that because they couldn’t be denied. So anyway, in studying these, I found out that we can take the ET’s of all different kinds and species and all that and put them into four main categories. We’ve got those who are more psychic than us and those that are less psychic than us. In each of those two categories we’ve got friendly to us and unfriendly to us, the unfriendly non-psychic ones tend to not come here. They don’t like us, they don’t want to be around us. The non-psychic friendly ones come here for trade. The psychic friendly ones actually want to help us develop our abilities and become stronger at it. And the unfriendly psychic ones want us wiped off the planet, they want us dead, period, no questions asked.”

He also mentions extraterrestrial bases that are on Earth, and he says there are approximately five. He mentions that they are all inside of mountains and that at some of these bases humans are working with these extraterrestrials in various ways. He is not the only viewer to mention these bases and extraterrestrials, as Ingo Swann told many fascinating stories in his book, Penetration: The Question of Extraterrestrial and Human Telepathy. Furthermore, Joseph Mcmoneagle was another individual who had experience in remote viewing an extraterrestrial presence.

Then, there is Pat Price, who, along with Ingo Swann, is described as one of SRI’s most successful viewers, as his sessions were extremely accurate.

According to Captain Frederick H. Atwater, a retired US Army officer also involved at the time in highly classified ‘remote viewing’ experiments for the CIA and the Defense Intelligence Agency, as well as for the Army’s Intelligence and Security Command, Price had remotely viewed four alien bases on Earth, one of which was located under Mount Ziel, Northern Territory. Mount Ziel lies some 80 miles west-northwest of Pine Gap. Price believed the base contained a mixture of ‘personnel’ from the other bases, one purpose being to ‘transport new recruits, with an overall monitoring function’. The other bases were said to be under Mount Perdido in the Pyrenees, Mount Inyangani in Zimbabwe, and, coincidentally, in Alaska under Mount Hayes. Price described the occupants as ‘looking like homo sapiens, except for the lungs, heart, blood and eyes.’

Lord Admiral Hill-Norton, Former Chief of Defence Staff, 5 Star Admiral of the Royal Navy, and Chairman of the NATO military committee, wrote the forward to the book by Good. Here’s a great quote from him:

“There are objects in our atmosphere which are technically miles in advance of anything we can deploy, that we have no means of stopping them coming here … [and] that there is a serious possibility that we are being visited and have been visited for many years by people from outer space, from other civilizations. That it behooves us, in case some of these people in the future or now should turn hostile, to find out who they are, where they come from, and what they want. This should be the subject of rigorous scientific investigation and not the subject of ‘rubishing’ by tabloid newspapers.” (source)

Bellow is a screenshot of the first page of a document from 1979, which wasn’t approved for release until after the year 2000. The document is written by Atwater, and you can scroll down to the bottom and see that yourself. I thought I should post it here because it mentions Price and it’s very interesting, although you can’t make out all of it because some is blanked out. However, you can see how useful Mr. Price was to the CIA, and how interesting findings were not shared. His story regarding the alien bases is one example of many that corroborates other stories from many viewers like Buchanan and Ingo Swan (both of whom were mentioned above). They’re also mentioned on the second page of the document below. If you pay a visit to the CIA’s electronic reading room and type in any of the names I’ve mentioned in this article, you will find a plethora of articles.

Being a UFO researcher for a very long time, what’s interesting to me is that the comments remote viewers make about ET presence corroborates with a lot of other information in the field. The success of the remote viewing alone is why it’s even more intriguing.

Joe and I recently sat down and went a lot deeper into remote viewing and how it relates to the extraterrestrial phenomenon. Below is a clip from our hour discussion on the topic during our 3 hour broadcast of The Collective Evolution Show. Check out the clip below, and if you want to watch the entire broadcast you can sign up for CETV.

Human ability and capability expands far beyond what is presently known. There are concepts regarding our reality and facts about the human experience that are still being revealed. We are literally living in apocalyptic times. ‘Apocalypse’ (ἀποκάλυψις) is a Greek word meaning ‘revelation,’”an unveiling or unfolding of things not previously known and which could not be known apart from the unveiling.’ (source) In today’s day and age, no matter how much evidence and empirical data supports a phenomenon, and no matter how obvious it may seem, if it conflicts with long held collective belief systems, it will always be rejected simply based on the implications it could have. This process of revelation is happening now, and although it’s slow and gradual, it has been accelerating.

We are living in very exciting times.