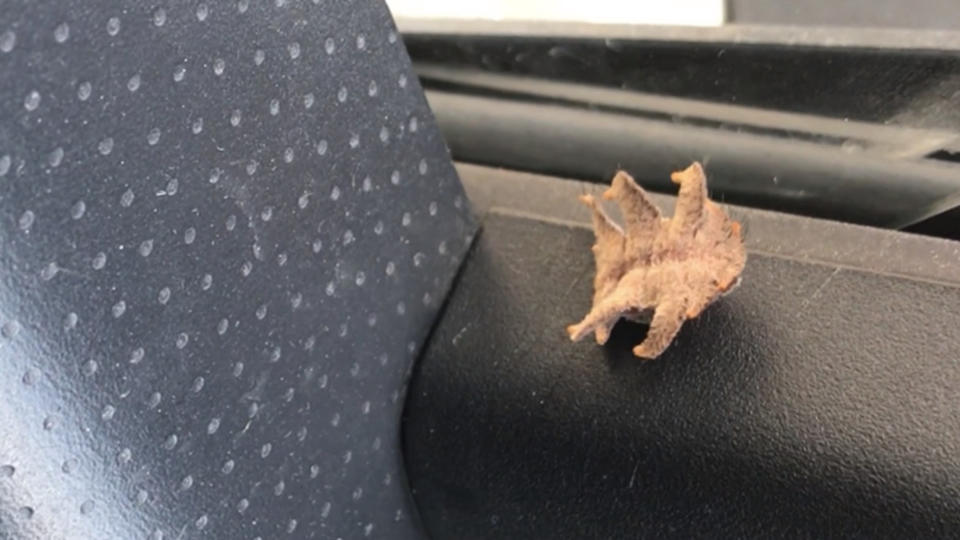 A mysterious six-legged creature, covered with “hair” and resembling an alien from the science fiction film “Alien”, got into an car and scared the driver.

A motorist from South Carolina was scared when he discovered that he had a nervous “passenger” in the form of a rather strange-looking bug. Tommy Hortman noticed a strange creature when he returned to his parked truck and noticed a creepy-looking insect crawling near the window.

“It resembled an alien. Like a cross, something between a squid and a lobster. It crawled slowly and awkwardly. I don’t know what it was, ” Hortman noted.

As usual, when you encounter something strange in our modern time, Hortman quickly pulled out his phone to photograph the “stranger” intruder who had six legs and a fluffy body.

Subsequently, he published these footage on the Internet in the hope of identifying the creature.

Some users have suggested that the creature is a caterpillar of a crimson moth of the genus Phobetron from the slug-species family living in North America.

An entomologist who saw his video was able to offer an answer.

According to Eric Day of Virginia Tech, Hortman came across a representative of the “cargo moth”, in particular the larvae of this creature, which are known as “monkey slugs.”

He also pointed out that Hortman was lucky that he simply removed the bug, and did not try to pick it up, because the insect boasts stinging ability, which can leave a “unpleasant and uncomfortable” reddish rash on people’s skin.

“I wouldn’t have come close to him if I could have avoided this,” said the insect expert about the monkey slug.

In this article:alien insect, moths