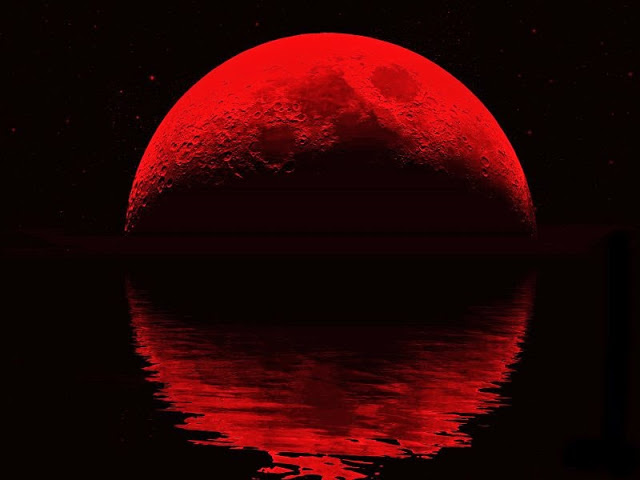 by Michael Snyder End Of The American Dream

The total solar eclipse on March 20th falls on Nisan 1, which is the first day of the first month of the Biblical calendar. According to Jewish tradition, a solar eclipse on Nisan 1 is a sign of judgment. And this has certainly been true in the past. For example, there was a solar eclipse on Nisan 1 in 70 AD. Later that year, the Romans attacked Jerusalem and completely destroyed the Temple. What makes all of this even more interesting is the fact that the solar eclipse on March 20th falls right in the middle of the blood moon tetrad, and it also happens to fall during the Shemitah year. If you are not a believer, you may be tempted to dismiss all of this as some sort of extremely bizarre coincidence. If you are a believer, you also might be skeptical. But by the end of this article, at least you will understand what so many people are talking about right now.

In the Scriptures, we are told that God created the sun and the moon, and that he intended for them to act as “signs”. The following comes from Genesis chapter one…

14 And God said, Let there be lights in the firmament of the heaven to divide the day from the night; and let them be for signs, and for seasons, and for days, and years:

15 And let them be for lights in the firmament of the heaven to give light upon the earth: and it was so.

So specifically how can the sun and moon be “signs” as God originally intended?

Well, one minister has discovered that eclipses on important Biblical dates have been associated with key world events throughout history. His name is Pastor Mark Biltz of El Shaddai Ministries, and he has pointed out that total eclipses do not take place on any other planet in our solar system…

Total eclipses don’t take place on any other known planet, point out intelligent-design scientists. They only take place on Earth, the finely tuned planet where life exists that can actually view them. Biltz points out that the Bible says in Genesis that the sun, moon and stars were created specifically as signs for mankind, so His creation would know about the feasts (or appointed times) to have relationship with their Creator.

A number of years ago, Pastor Biltz discovered that a series of four blood moon eclipses would occur on important Biblical dates during 2014 and 2015. This kind of “blood moon tetrad” is very rare. It fact, it has only happened seven times before since the crucifixion of Jesus Christ. This current blood moon tetrad is the eighth occurrence.

And according to Jewish tradition, blood red moons are an omen of war for Israel. The following comes from my previous article on the blood red moons…

We already witnessed a war between Israel and Hamas in 2014, but personally I am convinced that more war could soon come to the Middle East. For much, much more on this, please see this article.

But what I want to talk about now is the total solar eclipse that is coming up on March 20th. The chart below comes from propheciesoftheendtimes.com, and it shows that it falls right in the middle of this series of blood red moons… As I mentioned above, when a solar eclipse falls on Nisan 1 it is traditionally considered to be a sign that judgment is coming to the world…

Of course Jewish tradition is not Scripture, but it is very interesting to note.

And what we do know is that we have seen this kind of pattern before.

On Nisan 1 in 70 AD, there was a total solar eclipse. But that was not the only eclipse during that time period. In fact, there were a whole series of eclipses that took place on key Biblical dates before and after the destruction of the Temple in Jerusalem.

Now we find ourselves in the middle of a similar series of eclipses.

So could it be possible that this total eclipse on March 20th is a sign of judgment?

Or is all of this just a giant coincidence?

Either way, at least now you understand what so many people are talking about.

In this article:Blood Moons, March 20th 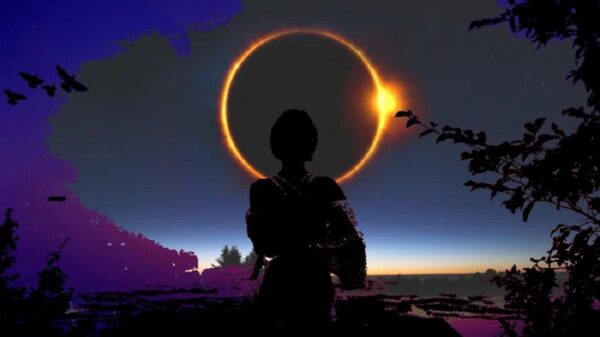 “Blood Moon Magic”: The most dangerous astrological corridor since 2014 has closed

On November 8, we left the most dangerous “astrotunnel” for humanity over the past two decades – the second eclipsing corridor this year, opened...