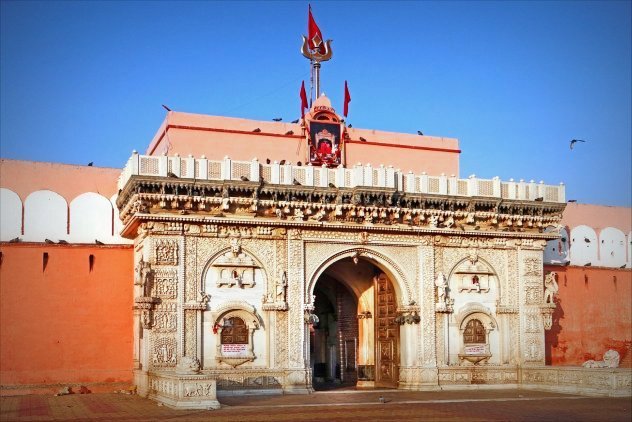 Deep in the Thar desert, a temple crawling with thousands of holy rats.

The theme of the emergence of the embryos of civilization on our planet is relentlessly raised in the world. Some are convinced that aliens contributed to this, adherents of Darwinism insist on a different point of view. However, if we consider the first version, there are suggestions that humanity is obliged to rats, which aliens experimented with, in the hope of inventing man. Indeed, the rat and man really have a lot in common, including the genome.

In fact, in the world there is even a temple dedicated to rats. It is located in the Indian city of Deshnok. The name of this temple comes from the name of the mysterious Indian woman – Karni Mata, who was lucky enough to live for more than 150 years. There is a legend according to which this woman was an influential person in the politics and spiritual life of the country, then she suddenly disappeared right in front of her followers. This happened in March 1538. Also, the legend says that Karni is a real embodiment of the goddess Durga.

The temple of rats was built precisely during the life of this divine woman, and its inhabitants (rats) inhabited this temple as the followers of the mysterious Karni Mata disappeared from the face of the earth. According to legend, after death, each student of Karni’s mother turned into a rat and came to a place of concentration of spiritual forces. At the moment, the family of these animals in the temple has about 25 thousand individuals.

There is a belief that if you eat and drink with these rats from one vessel, a person will be able to get rid of all his illnesses and hardships, and also be reborn into such a beast after death.

That is why thousands of pilgrims flock to this temple from all over India and all over the world.

As eyewitnesses testify, rats there really feel quite freely and behave in a businesslike manner. They even have about five hundred families from the human race who bring them offerings, put things in order and organize the rules for visiting the temple with tourists. There is an indestructible rule that if any of the temple visitors accidentally do fatal harm to a rat, he will be required to replace it with a silver or gold figurine. 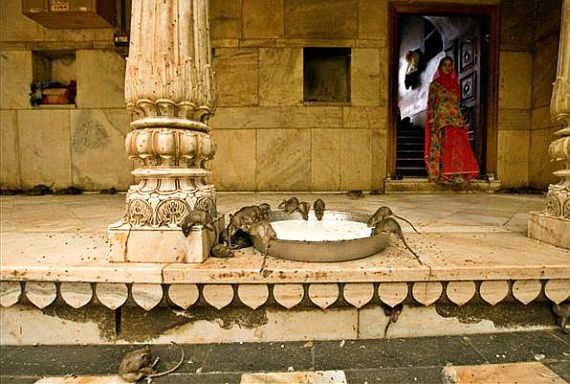 Despite all the oddities of what is happening in the Sri Karni Mata temple, the question still remains open: why, out of the many sacred animals existing in India, did mother Karni give preference to rats? After all, cats are worthy, and dogs are faithful, and cows are so pure and peaceful. Why are rats honored to have their own temple? Is it because this is one of the wisest and most unusual creatures on earth?