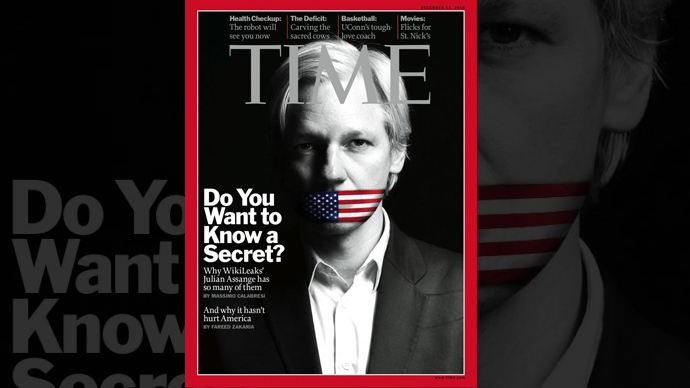 A reporter for TIME Magazine sparked a Twitter war when he said that he “can’t wait to write a defence of the drone strike that takes out” Australian-born Wikileaks founder Julian Assange.

Michael Grunwald deleted his tweet after a follower argued that it would only encourage Assange supporters.

Assange remains holed up in the Ecuadorian embassy, as he fights attempts to extradite him to Sweden, where he is wanted for questioning over allegations of sexual assault.

Last month he announced the candidates who will stand for his WikiLeaks Party at the federal election.

Assange is seeking a Senate seat in Victoria, but it is unclear what he will do if he wins it.

He says, in theory, he could hold the seat or have a fellow WikiLeaks candidate hold the seat until he was available to assume the position himself.

“Wikileaks Party is a party of accountability, it’s not a party of government,” he said.

“It’s a party to put into the Senate, to make sure whoever is put into the government does their job. It’s an insurance against the election.”

The party’s policies will also focus on press freedom and climate change.

Michael Grunwald‘s tweet, since deleted, was quickly met with outrage and bewilderment. Glenn Greenwald, who recently broke several revelations about NSA surveillance programs based on documents provided to him by leaker Edward Snowden, was particularly vocal in expressing his disgust with Grunwald’s statement.

In April, Grunwald wrote a piece for TIME criticizing libertarians and defending the government’s efforts to fight terrorism:

But while the “stand with Rand” worldview is quite consistent — against gun restrictions, traffic-light cameras, drone strikes, antidiscrimination laws, antipollution laws and other Big Brother intrusions into our private lives — it’s wrong. And most of us know it’s wrong, which is why we celebrate our first responders, our soldiers, our law enforcers. They’re from the government, and they’re here to help. We know our government is fallible, because it’s made up of people, but we still count on it to protect us from terrorists, from psychos with guns, from exploding factories. We also need it to protect us from floods and wildfires, from financial meltdowns and climate change. We can’t do that kind of thing ourselves.